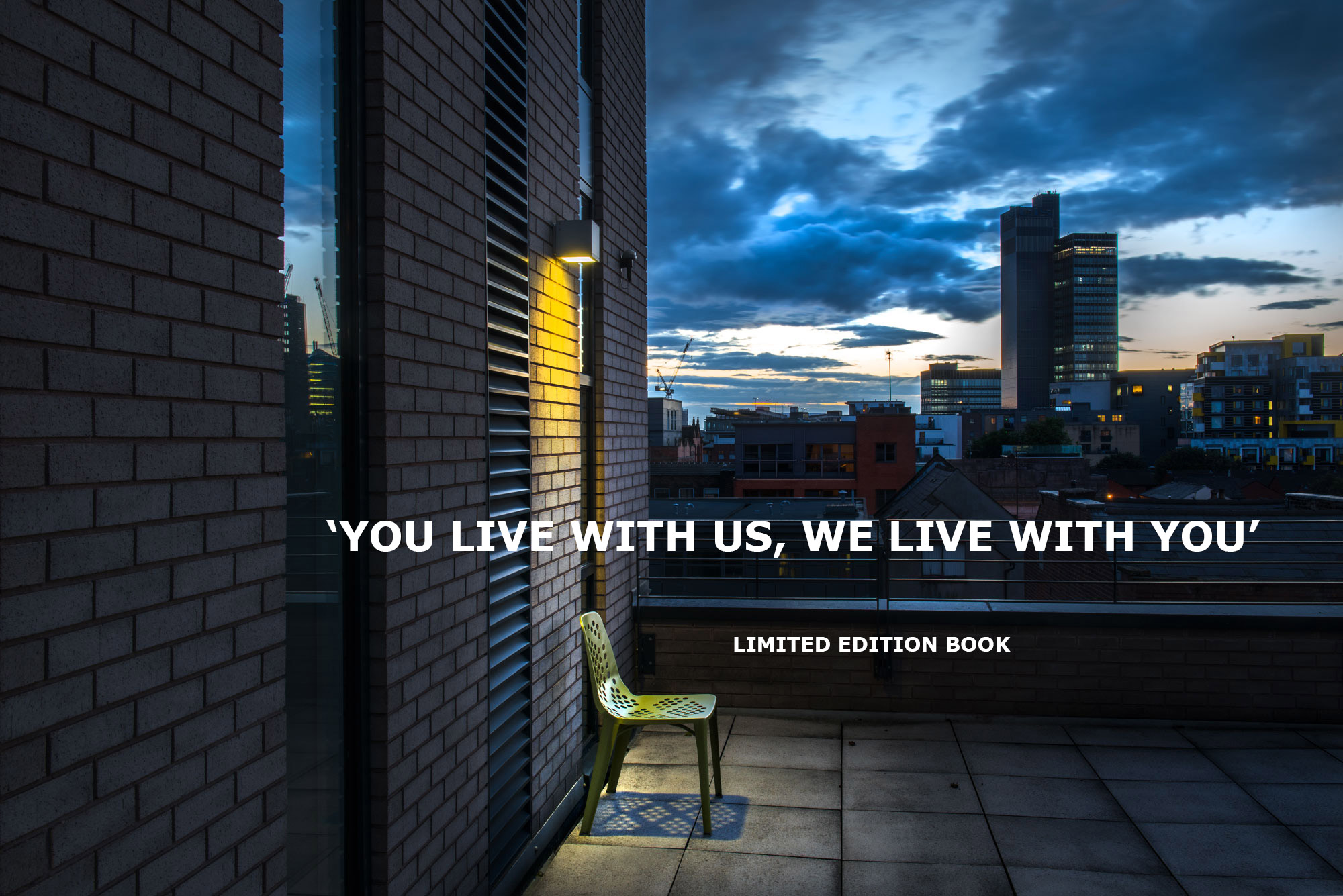 LISTEN TO THE PODCAST FROM THIS PROJECT

5 Plus Architects had been quietly following Not Quite Light on social media as it progressed, and they then invited me to conceive a proposal for them to commission.

The CGI images generated when an architectural plan is envisioned, creates a version of utopia. The cut out people featured seem always to be well dressed, no litter is scattered on the pavements, and the streets are green with the full bloom of a constant summer. And so I wanted to compare the initial artist’s impressions of the buildings with the reality once they actually exist, surrounded by the detritus and randomness of life.

I also wanted to examine the notion of how we co-exist with these constructions constantly in our vision as we work, or as we sit in a cafe or simply walk down a street. Buildings shape cities, and have an impact upon the emotional well-being of us citizens that live with and in them. In addition, people affect these constructs of glass, steel, brick and stone, too, which are shaped over years by the side-effects of usage and the impact of the British climate. 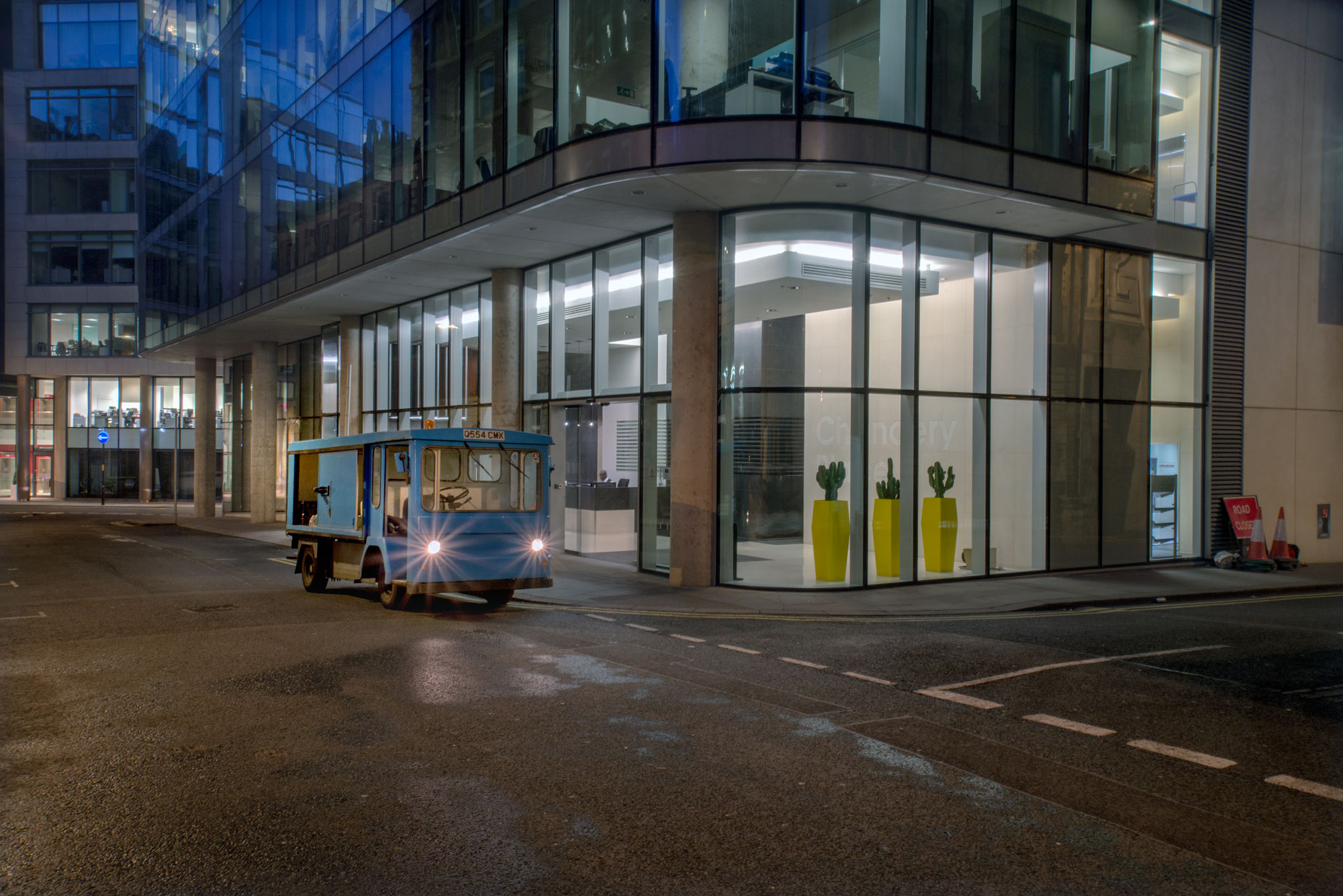 I was assigned ten buildings to photograph, six in Manchester and four in London. Some buildings were new, some were under construction, and others were being reinvented. I decided to remain ignorant of the architects’ crisp CGI visions of hope, and to approach the homes, offices and hotels as would a pedestrian: without the influence of another vision burdening my mind, or impinging upon my instinctive ability to view that before me. An exercise in comparisons was not the way forward during my affair with the work of the architects.

As I began the commission I was already aware that the title of the work had a relevance to my own life being shaped by the project. The buildings in Manchester, where I’ve spent most of my life, were so familiar that I would not be able to approach the photography in my home town in the same way as I would when in London as a visitor – where I was unaware of the history and politics surrounding the regeneration of the area in which the construction had taken, or was taking, place. Forced to re-examine the familiar in Manchester, and inspired by the unfamiliar in London, my depictions could, in some small way, shape the future narrative of these buildings and, in turn, impact on my own future relationship with them. 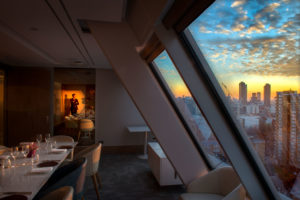 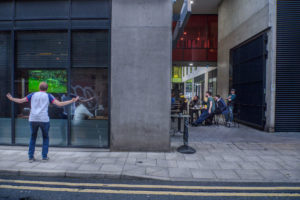 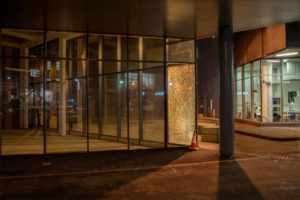 When I press the shutter everything framed in that exposure will have a relevance for future historians as they examine our time on earth and what we did with it. Within the compositions lie clues that have significance beyond our understanding. Objects and behaviour that we take for granted may well be incomprehensible to future generations. It may-be, for instance, that what we currently consider to be high rise buildings will seem puny in contrast to the constructions of the 22nd Century. Or it could be that we return to a time of low-rise dwellings, leaving people incredulous that we expected satisfactory existence was possible high in the sky.

The value of what we create can only be decided with the benefit of hindsight.