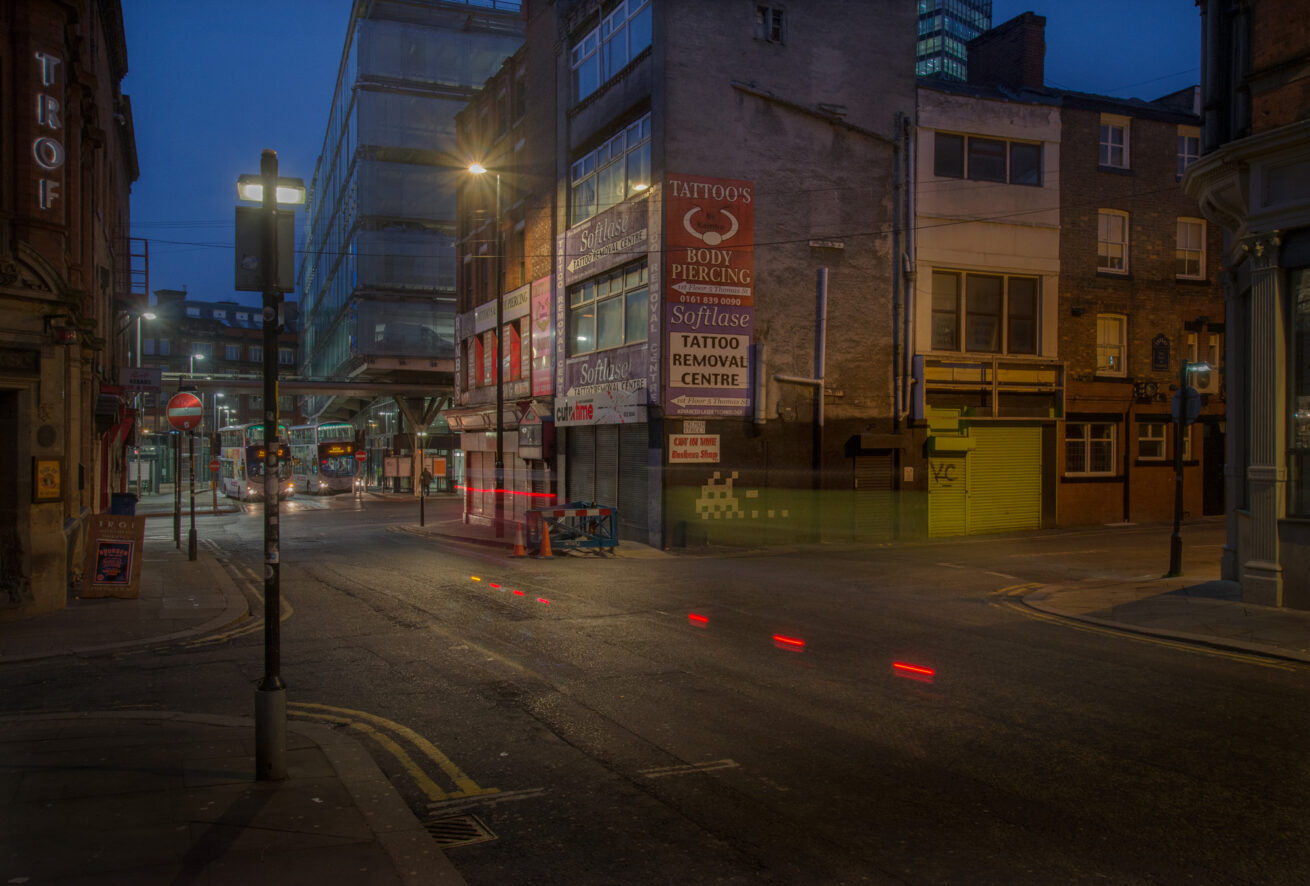 I’d set down my tripod outside Bar 21 on Thomas Street. The building above is Victorian, but the front of the club below is modern, with an interior featuring sci-fi themed movie memorabilia. A large man came out from inside and firmly locked the door. For a few seconds he looked at me, nodded, lit a cigarette and sauntered across the road before disappearing.

A young woman to my right ran to her small Corsa, threw her handbag onto the passenger seat, and quickly drove away. Opposite, a young couple seemingly still out from the night before, were trying to phone a taxi. His shirt was neatly buttoned up at the collar and she had one high heeled shoe in her hand.

I waited for the light to come up, for the night to give up its darkness. Pockets of people would scurry past, as if they’d all met round the corner first and waited until there was a quorum. A Megabus going to London came up the narrow street and moved quickly past, as if smuggling its Manchester occupants unseen from the city. And then the street became empty again.

In front of me was Rambo’s a well known tattoo parlour, where for years people have come to have their bodies changed with pictures. Across High Street is Shudehill Bus Station, ascribed the title “modern transport hub” by city planners, where people come to be taken somewhere else.

COPYRIGHT BELONGS TO SIMON BUCKLEY / NOT QUITE LIGHT – NOT TO BE USED FOR COMMERCIAL GAIN OR BE PRINTED.

ALL USEAGE MUST BE ACKNOWLEDGED