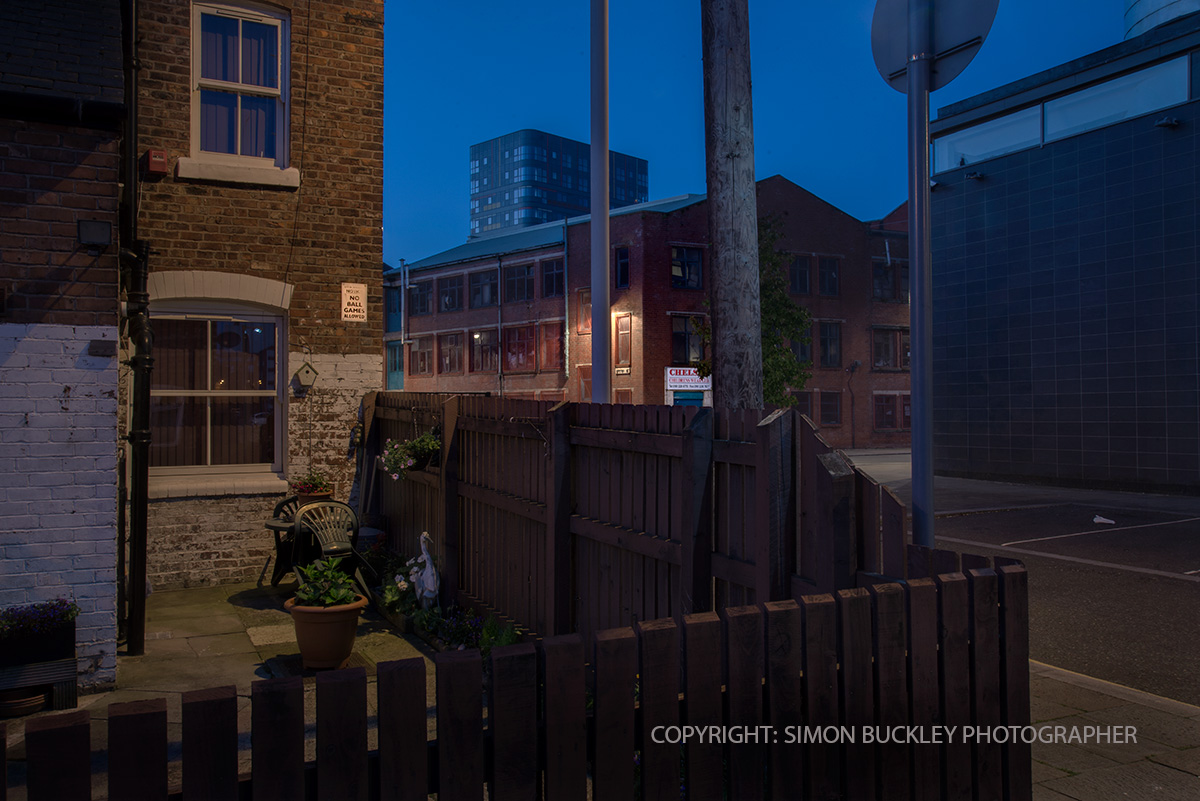 It felt, on this early Autumn morning, that there was a boldness to the birds singing their dawn songs, and the night sky was showing early pools of blue. Clouds shrugged and melted away, leaving a definite zing in the air. Soon there was a simple, unspoilt patch of sapphire colour above me and the day promised to be clear.

I arrived at the bottom of the terraced streets that lie behind the Express building, an Art Deco magnificence that is now begging to be occupied once again with workers. The houses on Anita Street and George Leigh Street have become somewhat famous in the city. They were built, in the late 19th Century, as model houses for the mill workers, with Anita Street being originally known as Sanitary Street. In recent years they’ve been modernised and have become worth good money.

There was still washing hanging in the back yards of some of the houses, and no doubt the TV film crews that throng the area looking for the real North would have loved that. I watched steam belch from boiler vents in the cold air. Someone had their bedroom window open. Ancoats was still and quiet. The shutter on the factory across the road was firmly closed.

It began to cloud over and, behind me, a young, hooded man carrying a holdall jumped over a fence. I wondered if he was an escaping burglar, but he was simply someone off to work who couldn’t be bothered to open the gate.