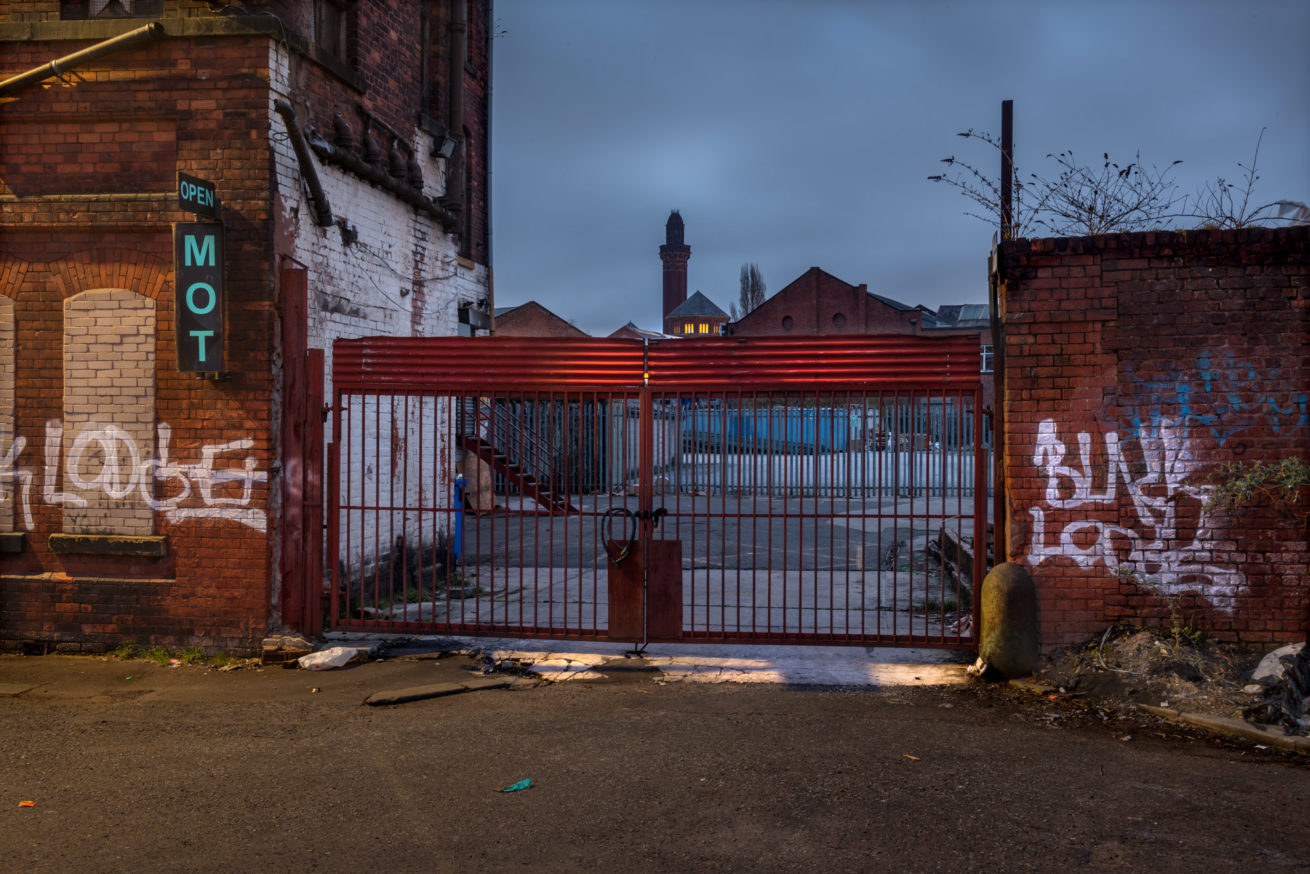 Cottenham Lane, in Salford, is not far from Strangeways prison. Two mills ( one of which houses Private White VC ) run virtually its whole length, before the cul-de-sac comes to an abrupt halt at the banks of the Irwell. A footbridge at the far end can either lead you to, or away from the city centres. In the distance new Salford and Manchester rise ever more square and shiny, and are as different to the brick factories as a lord’s topper is to that of a knotted handkerchief upon a grandad’s head.

It’s the kind of area that people say needs preserving to retain our industrial heritage but, standing under the meagre spread of street lamps, you become blind to romanticism, simply reminded of the cimmerian violence experienced by so many during the cotton years. I’d been here before at this time, and a young man on a moped had buzzed around me again and again, causing me to feel the need to get back into my car and leave.

I was not alone on this morning either, but that was because I’d been joined by a young musician called Daniel Mawson, who was recording the sounds of dawn for a piece of music I’d commissioned him to write. When his taxi pulled up, I could tell that he was pleased to see me already there. Apparently, the driver had been nervous about coming to this place.

My friend told me that he rarely experienced this time of day, and my senses seemed to be sharpened by his unfamiliarity. The birds seemed also to understand that they had to perform for him. Crows and geese cawed and honked without modesty above the chirruping passerines making energetic use of the stillness. 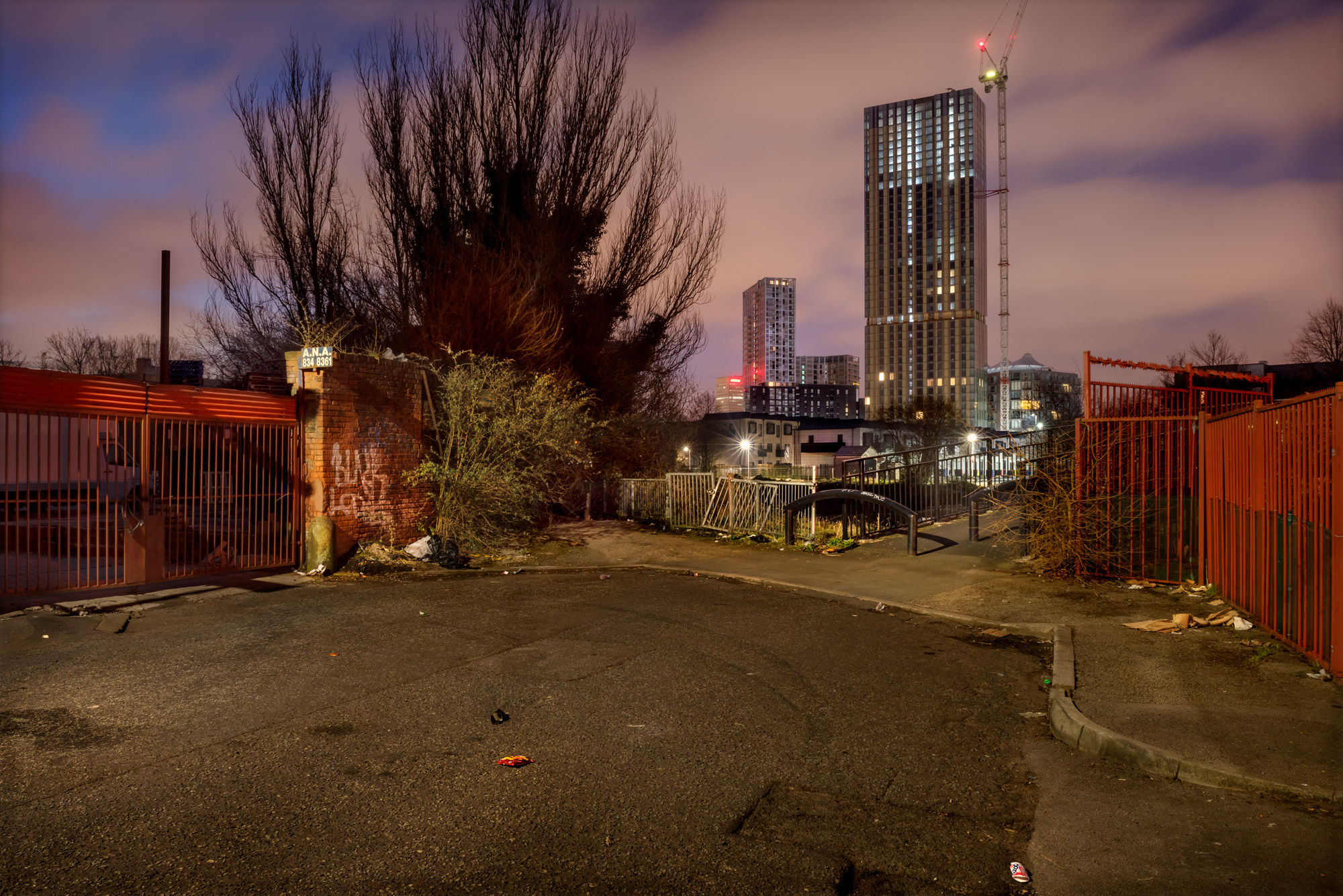 Whilst I photographed, I watched Dan relax into this environment, discovering personal moments of beauty; the particular rattle of a kicked can, or the resonant clunks of a shaken gate, or the shift of cardboard along the curb. Soon, he’d disappeared from sight altogether, having made his way across the river, and I felt like an anxious parent, my own life paused until I saw him return, smiling. His young, fresh eyes and ears perceived possibility, not danger, and only the pace of transition from dark to light caused him to utter words of surprise.

As night left us, we both looked towards Strangeways. It melded with the layers of old work buildings before us, looking no more of a gaol than they did. I wondered if, as the prisoners awoke, birdsong could be heard in their cells. And then I considered the people once called to these streets by the masters of industry, trapped in lives of unremitting toil .

Would they see any beauty in daybreak, or in these structures now christened ‘heritage assets’? A tattered fox suddenly ran across a yard towards a doorway, pausing briefly to stare back at me before picking at scraps. My heart saw beauty, but my head knew that this animal had no choice, that it was only in the city because, somehow, it sensed that this was the only way to survive.