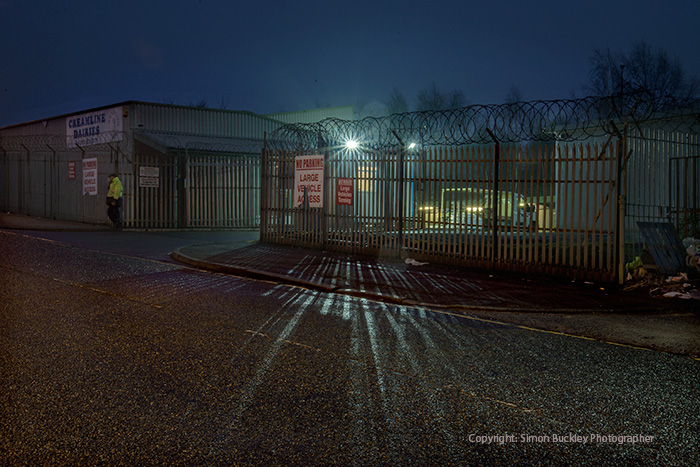 I awoke at 4.55AM to a single bird chirruping, sensing dawn’s approach, and my first thought of the day was whether the other birds had murderous feelings towards this lone piper as it roused them from their slumber. As I was readying myself, for some reason I kept wondering as to why I never felt threatened when I went out, why I just assumed I would be safe from being mugged or assaulted.

The morning, as promised, was dank, causing the darkness to loiter, which encouraged me to go further away from my intended destination. I walked through a narrow alley towards Redbank and heard the sound of gravel crunch behind me, interrupting the quiet. I turned and saw a young, hooded man on a bike immediately behind me. He noticed my alarmed face, apologised, and cycled off.

Further up the street there was glass spattered onto the pavement next to a car that had its passenger window punched in. The glovebox was open and a few possessions were abandoned on the car seat, clearly of no value to the thief. As I passed under the bridge and onto Redbank pigeons cooed, as if I was stepping on pressure pads that set them off.

I set my tripod up opposite the Creamline Dairies compound, where the electric floats were preparing to set off on their delivery rounds. The spotlights back lit the security railings and a mist hung over the the vehicles. A man was smoking a cigarette at the gates. He watched me for a while and then said, in a broad Manchester accent “Are you looking for the rarest of birds?”

COPYRIGHT BELONGS TO SIMON BUCKLEY PHOTOGRAPHER. NOT TO BE PRINTED OR USED FOR COMMERCIAL GAIN. All USEAGE TO BE ACKNOWLEDGED