THE CRESCENT, SALFORD 5.20AM 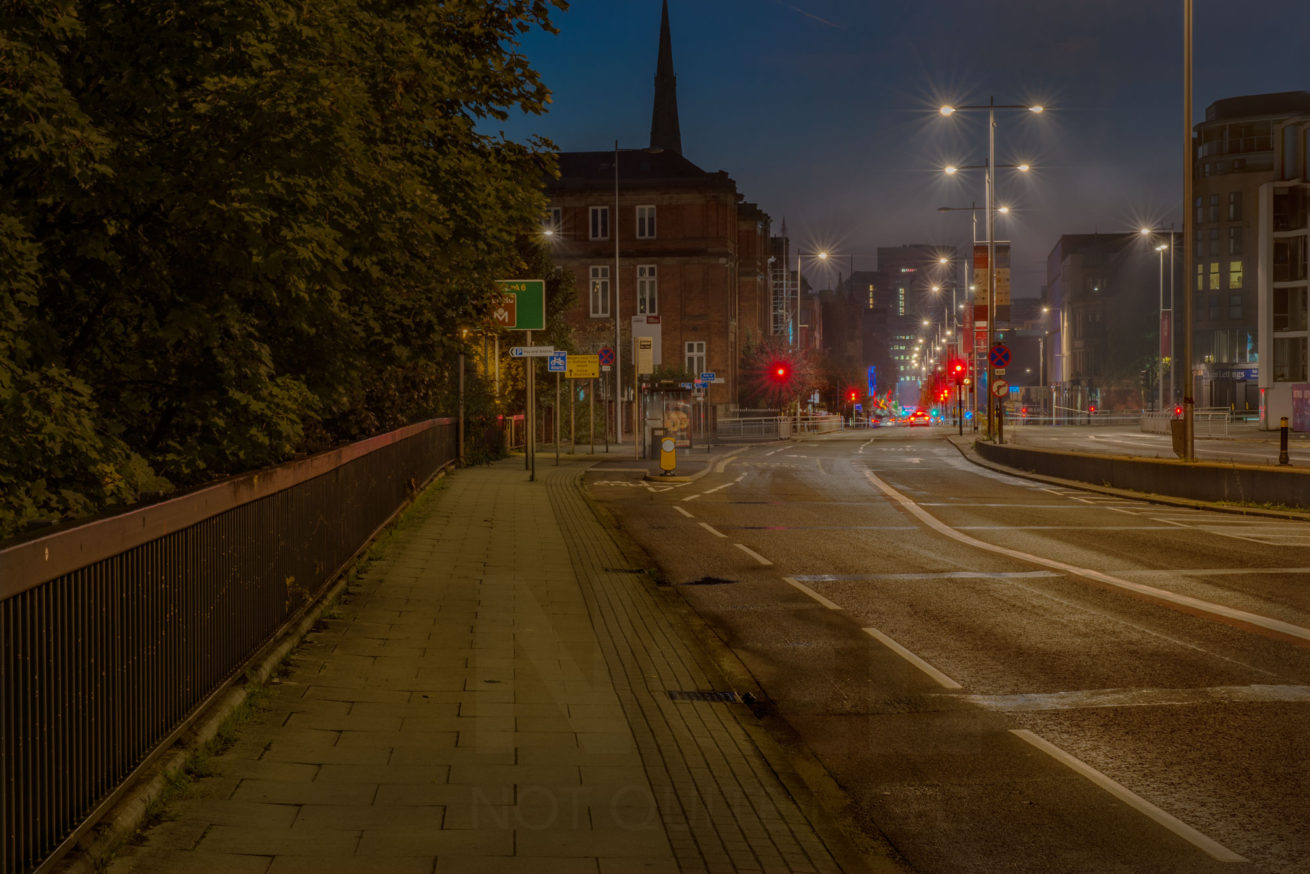 THE CRESCENT, SALFORD 5.20AM

I felt panicky this morning, and I wasn’t entirely sure why. I struggled to balance my tripod on the central reservation of the main through route from the East Lancs, and although Manchester looked beautiful in the steamy early morning, it seemed just too far away to bring me what I wanted. People passing by on their way home from night shifts, stooped and unlikely to make old bones, looked at me with concern, acknowledging as I bumbled about that I, too, was struggling.

The feint fog hovering beneath the street lamps was merely a net curtain, for the sky behind was clear blue, indicating the imminent arrival of a sunrise that would cause the lights to pop promptly off. I looked one way and the other up and down the A6 along the Crescent. I suspected my indecision was caused by knowing that although there was so much of interest in this small portion of Salford, it  didn’t meld as I felt it could, as if the latent magnificence of the Georgian terrace and the lush, looping Irwell had been wasted by decades of conflicted planning. 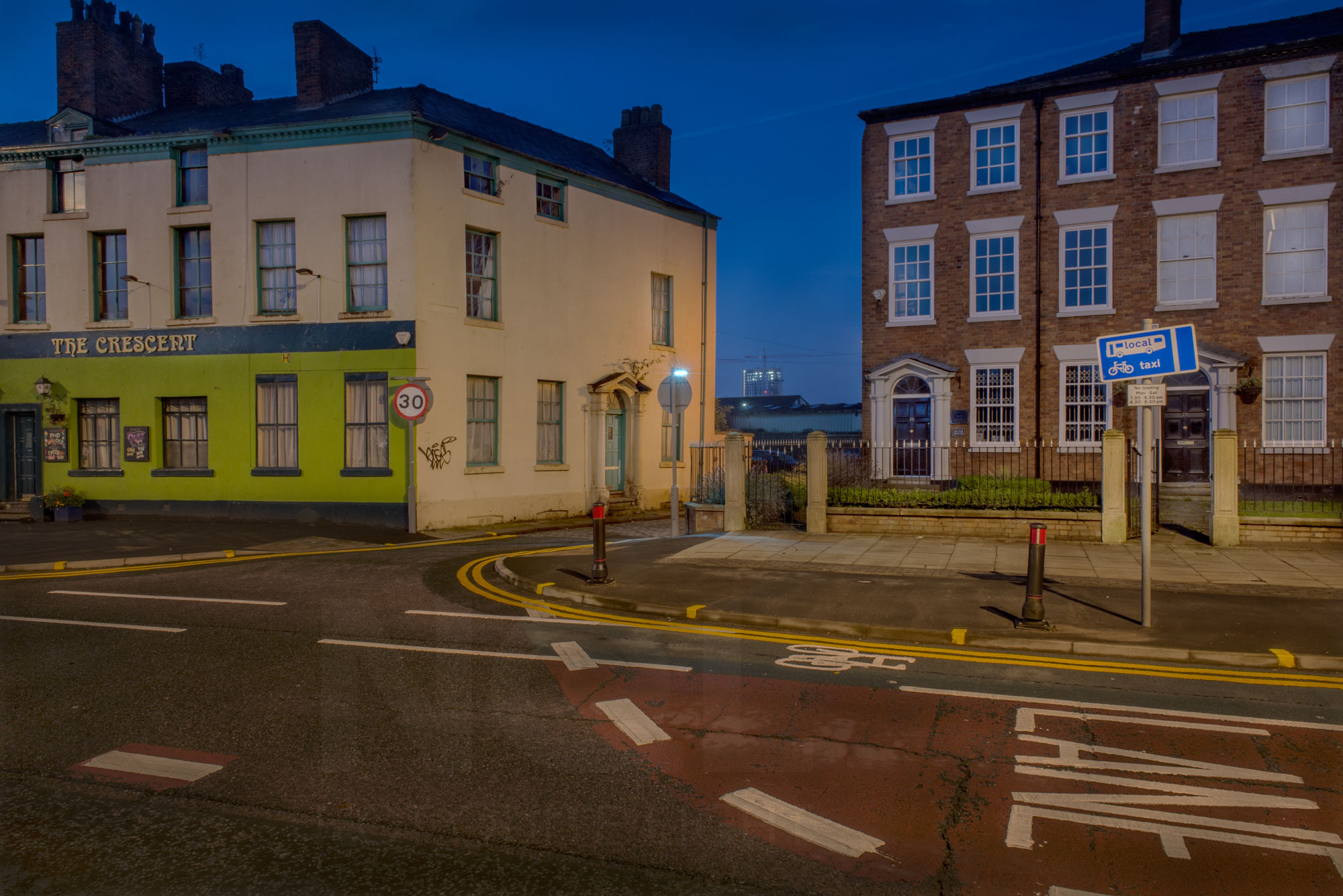 I once read that Salford was frequented by royalty, and considered a jewel in the kingdom. The Crescent was feted for its elegance, but this has now been diminished by its proximity to bus lanes and ill-suited modern office blocks of no distinction. In the distance I could see the building skyline of the city centre, with its solid blocks of new ambition clumped beyond the remaining aspirational symbols of the Victorians. Here cars are ordered to travel at no more than 20mph, as if there is enforced respect for an imminently expected funeral cortege.

I turned to look over the railings and into the dark water. Thick trees lined the banks, their branches still hidden by rich foliage. The coloured stairwell lights of the university reflected on the tranquil surface. The previous evening the city had been confronted by a vast storm, and I wondered why the flow of this ancient tributary, perhaps home to the first settlement in Salford or Manchester, remained so measured and unflustered.

I remained looking down for some minutes. I could hear the traffic behind me, rising and falling over the speed bumps, itching to go faster but, for all the power of the car, and of the industry the occupants were on their way to reinforce, there was nothing to compete with this vital river, millenia old and able to wash us away in hours. As I lined up one last picture of the waterway, that I could now suddenly see in the emerging day, the lights went out, killing the atmosphere. And now I had to make my way back to my own car. 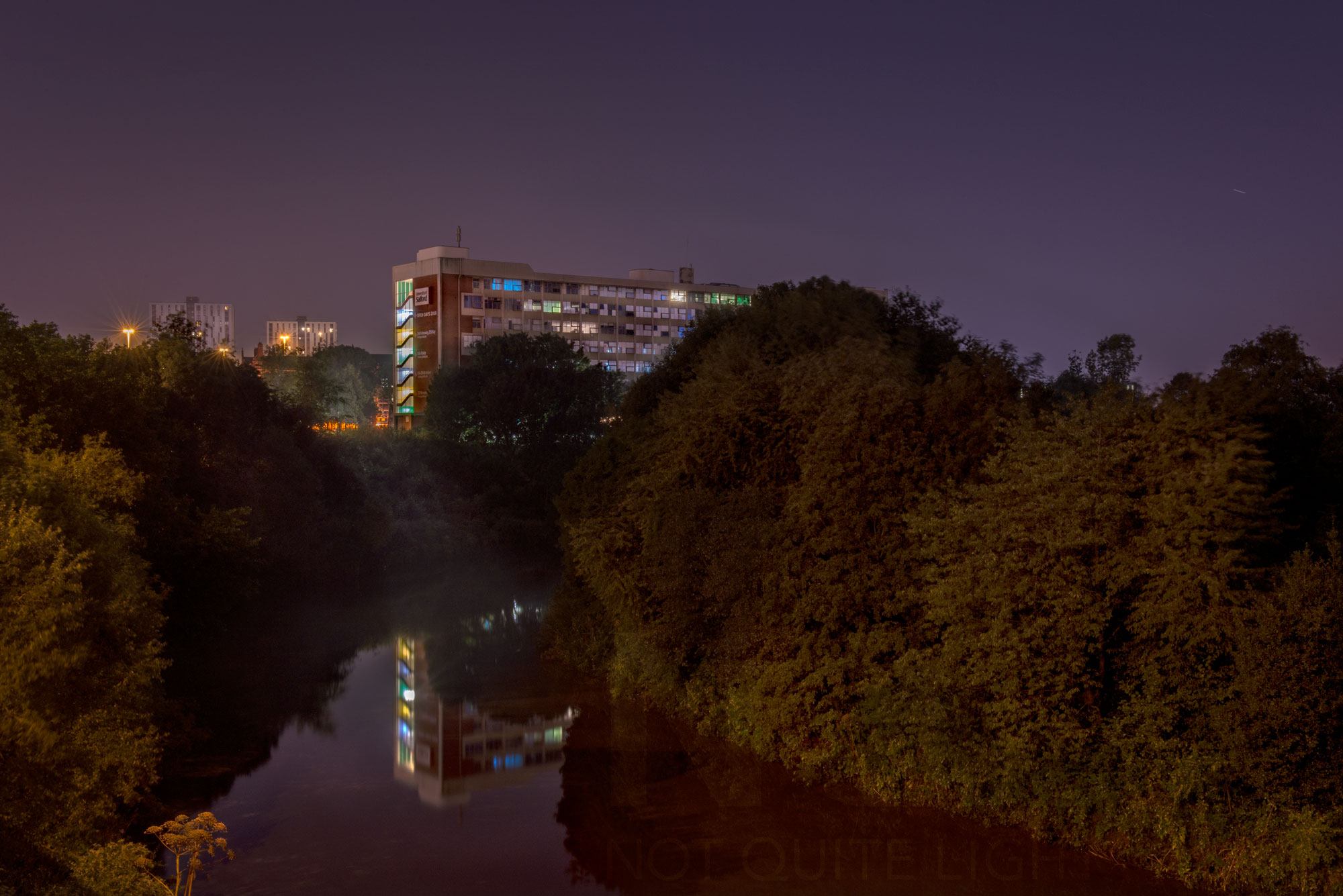