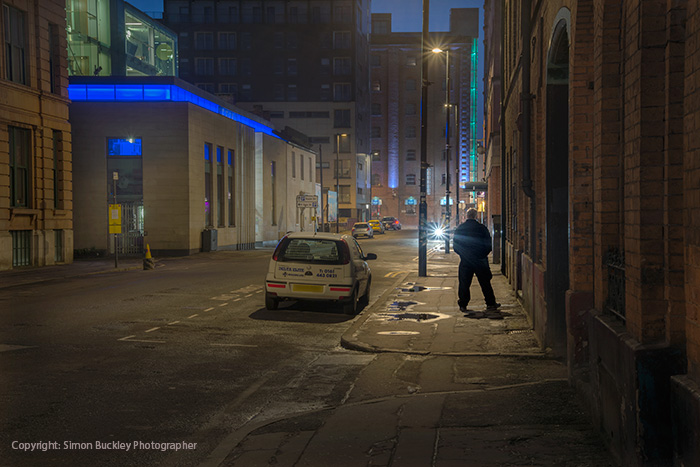 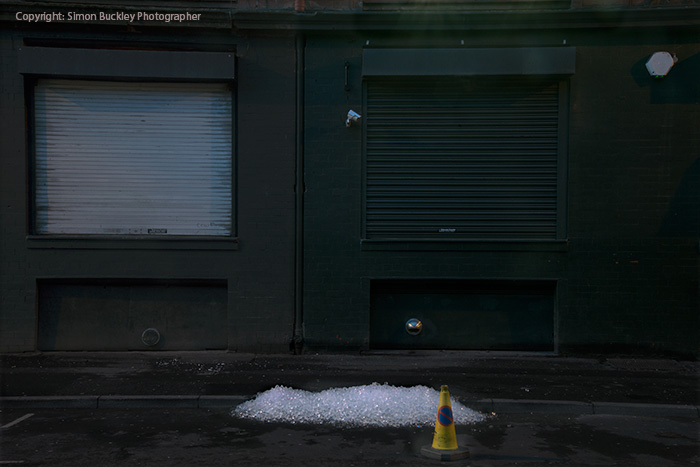 A friend once said to me that Manchester was England’s New York, that it shared more in common with that city than London. Often film makers seem to think this too, and the Northern Quarter has often doubled for Gotham. It’s common to see the old warehouses on Dale Street surrounded by trucks and wires, with huge lights poking through the empty window frames like curious Triffids. As a result these empty buildings are now guarded by security firms.

Around the corner on Tariff Street, outside Kosmonaut, I came across a fat, white line of abandoned ice. Behind me a man said “It’s a strange time to be taking pictures”. I went back later in the day, when the sun was bright. The ice was still there, but scattered and diminished, and the kerb was now fully occupied by the white lighting trucks of a film production company. In the glare of the day there was nothing for me to see here.

COPYRIGHT BELONGS TO SIMON BUCKLEY PHOTOGRAPHER. NOT TO BE PRINTED OR USED FOR COMMERCIAL GAIN. ALL USEAGE MUST BE ACKNOWLEDGED.