EXHIBITION AT THE CREAMERIES 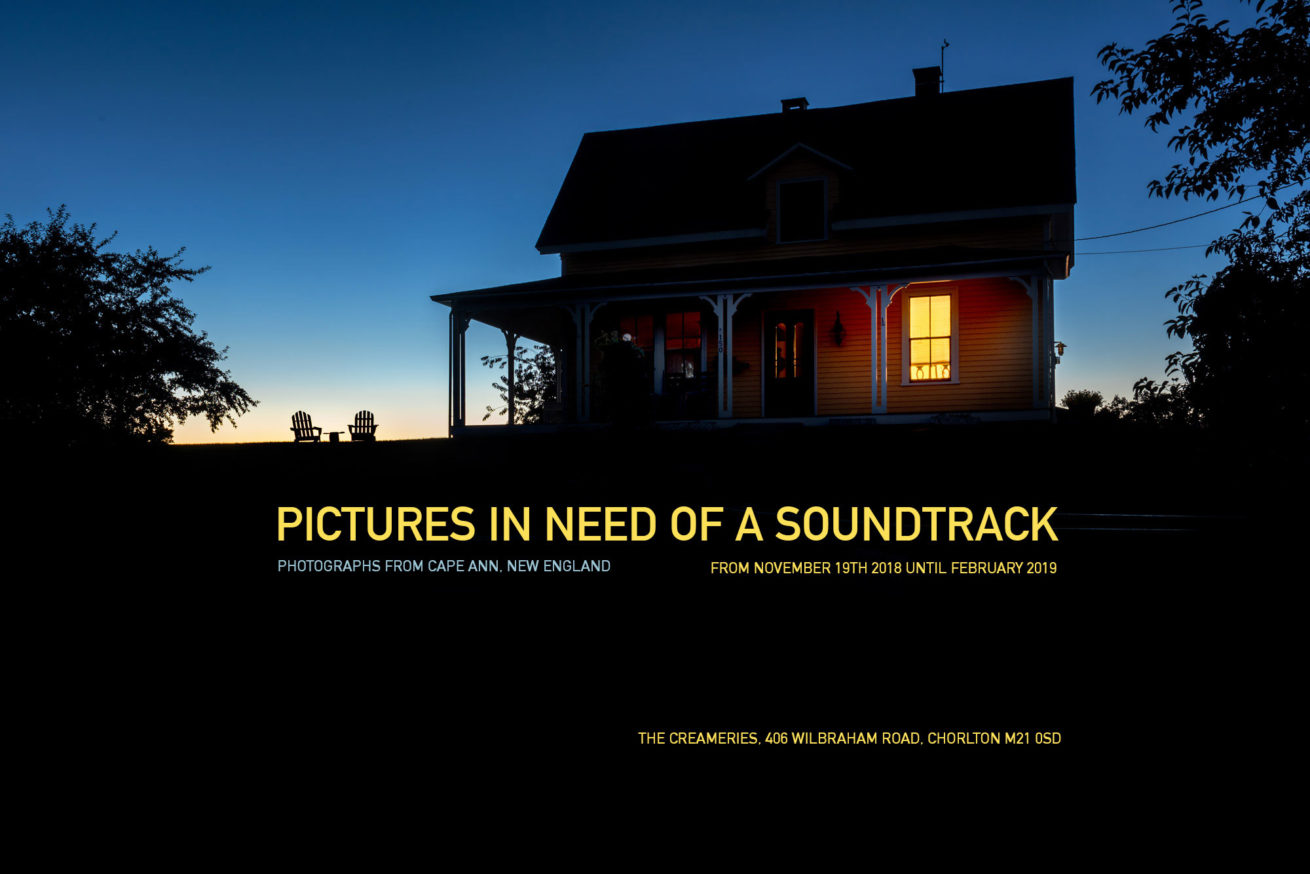 PICTURES IN NEED OF A SOUNDTRACK

The work that I recently did around Gloucester in New England is now being exhibited at The Creameries in Chorlton, Manchester.

The photographs being exhibited were captured during September 2018, whilst I was staying near the old American fishing port of Gloucester in New England, a town famous for being the birthplace of Birdseye frozen foods and the film Perfect Storm.

The area, with its extraordinary light, was also a place of inspiration for the celebrated artist Edward Hopper.

People have often said that my photographs are like paintings, that they have a “Hopperesque” quality to them. It’s not for me to agree or not, it’s up to the viewer to make their own mind up. However, after I’d been photographing for a few days, a chance encounter caused me to discover that Edward Hopper had visited Gloucester several times in the 1920s, and his career as a painter took off after he sold a picture from one of these summer trips down from New York. And it turned out I’d instinctively been taking pictures near where he’d created his work. So, perhaps he was in my subconscious more than I’d been aware.

There is no particular narrative to this work, the pictures came about simply because I decided to explore, to follow my instincts rather than a guidebook. The quality of light is different to that in Manchester, and so I had to get used to that. I thought I’d be able to approach the work in the same way I do back in my home city, but I kept being wrong footed by the speed at which the sun rose and fell. Our sense of familiarity with the USA comes through our constant exposure to music and films. Although we share English as a common language, and the region I was in is named New England, I found America to really be a very foreign country.

Mary-Ellen McTague, chef and co-owner of The Creameries says ‘I met Simon a few years ago at the launch of his first Not Quite Light exhibition and have admired his work ever since. We are thrilled to host this next exhibition at the Creameries, and very excited to see the pieces hanging on our walls.’

My exhibition will be the first in a programme of exhibitions by artists at The Creameries.

The photographs are for sale as limited editions.

The Creameries’ bakery is open from 8am Tuesday to Friday and from 9am on Saturdays and Sunday. The kitchen is open for dinner Wednesday to Saturday, and for lunch Tuesday to Sunday.