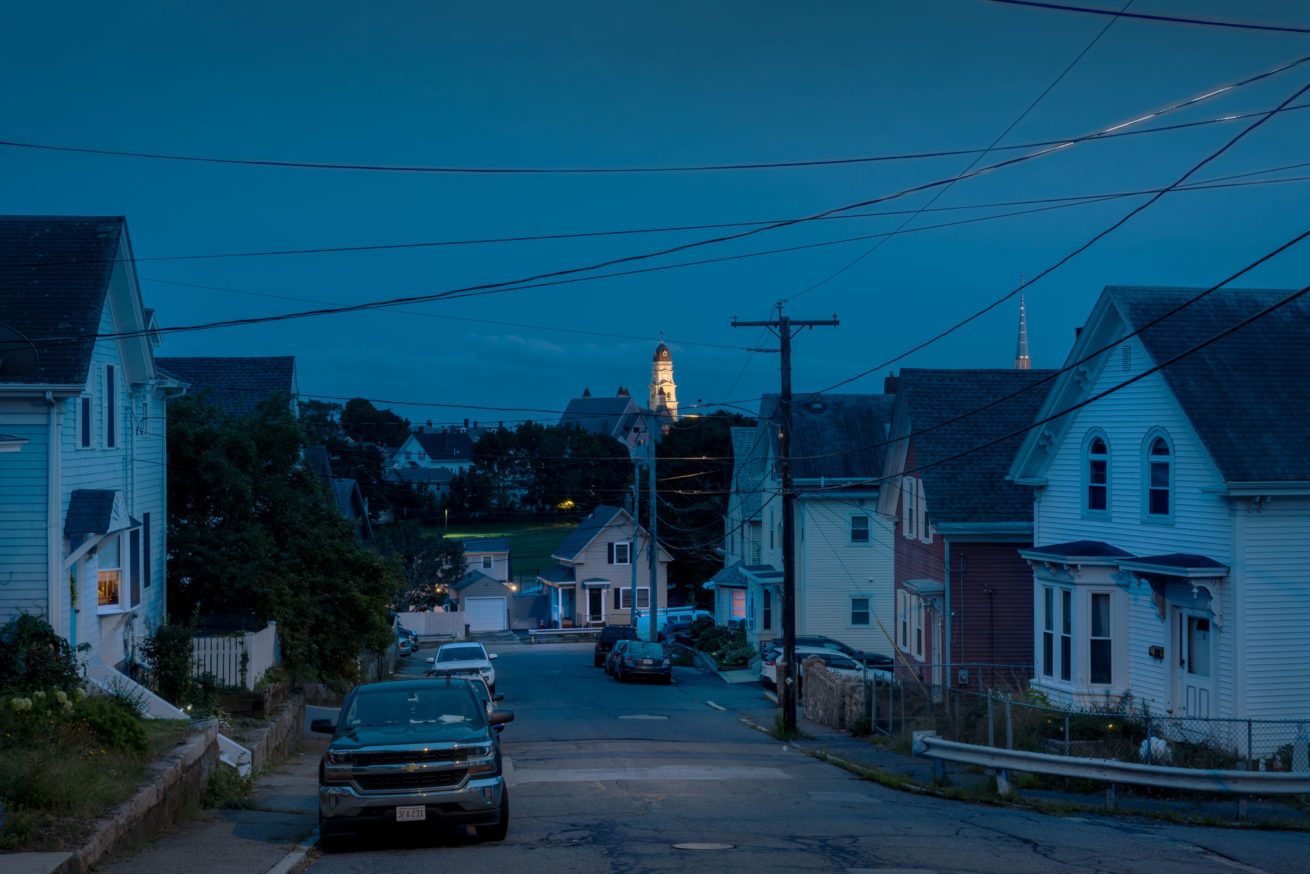 Where does the sense of the familiar lie within us? It certainly exists within our fingertips, nostrils, eyes and ears, traveling along our bloodstream to these extremities like salmon returning to spawn. It feels as if we are sometimes betrayed by this physical process when experiencing things for which we have the same vocabulary, but which are not the same. And we may also, when confronting a world that is subtle in its differences, have to fight our bodies which crave the comfort of familiarity, and therefore safety.

Recently I was in New England. Place names I’d known all my life, such as Manchester, revealed settlements entirely at odds with the towns and cities that bore their name back in old England.

Clouded skies brought me unfamiliar weather, being hot when I’d normally expect cooler conditions. Winds blowing in from the sea didn’t necessarily mean rain. I no longer felt able to trust the breeze across my skin.

In the old port of Gloucester, I watched a dull day begin its drift into night, and went out with my camera. Halfway up a sloped road named Trask Street, in a suburb of the town, I stood and looked back towards the downtown area, a mile or so away. There were streetlights, parked cars, houses and flickering televisions. In the distance a church spire and a playing field. All things I could name and understand, and yet they would need qualifying by further description if related to a friend back home.

It takes time for our eyes to adjust to such subtleties, to absorb simple but significant differences, and to consider the cause of variation to that which we know. Houses made of wood, cars with wide mouthed fenders, white lamps on poles bound with cables as if erected by someone inefficient at knitting. All to be digested. 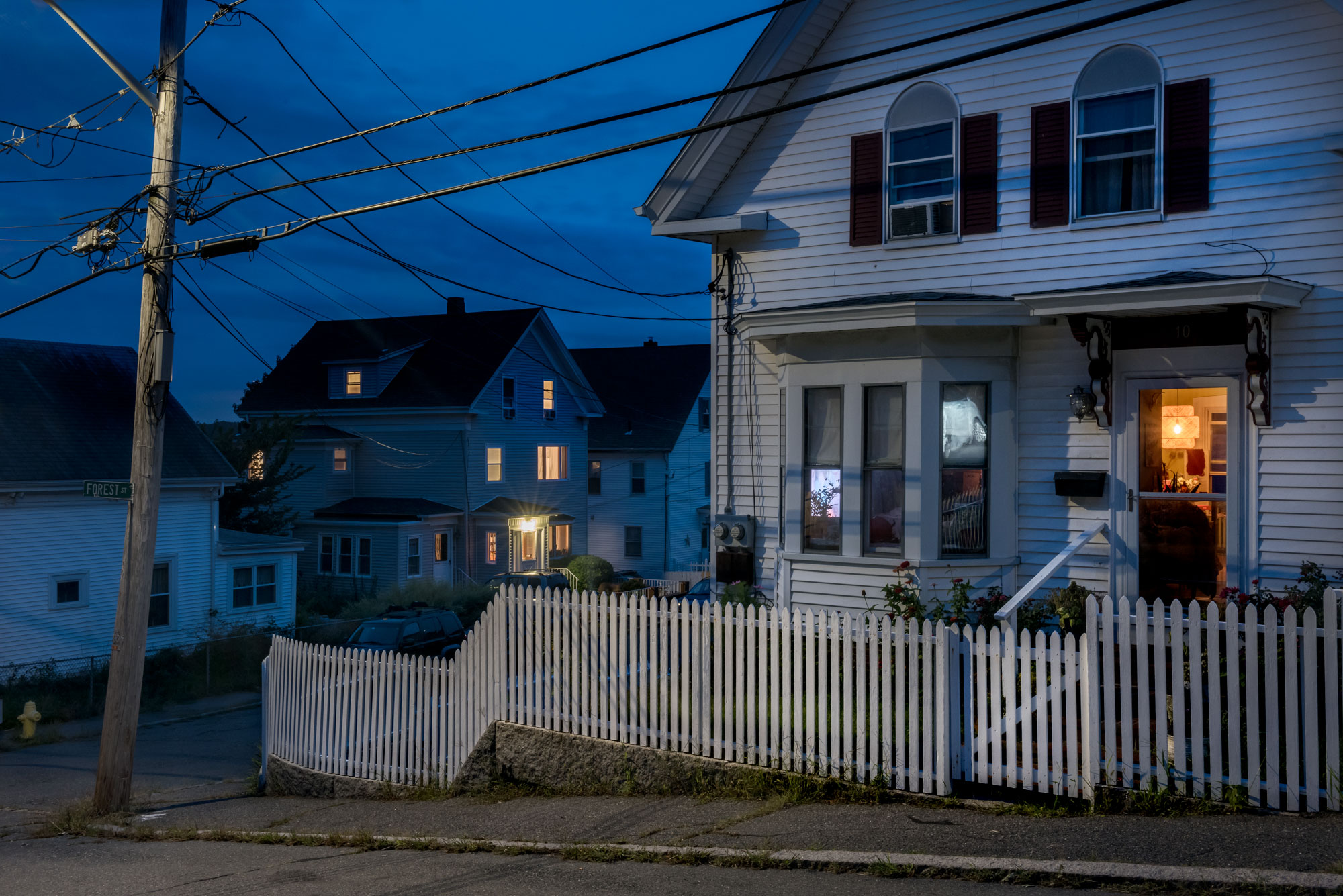 I looked towards the fancy tower of the town hall, lit against the dark. Through the front door window of the house to my right, I watched a young man make a coffee in his kitchen, his TV bright and blue with Saturday night shows. A pick up truck passed, its driver and passenger readied for the evening ahead.

Two young girls emerged from a porch a little further down to my left, plainly dressed in dull colours. They were perhaps ten or eleven. As they saw me they giggled and linked arms, like it was the 1950s and the world was only black and white. They came up the road, still watching me.

“Can we ask you a question?” asked one of them.

“Yes, of course.” I replied in my English accent.

They both laughed, surprised by my foreign way of speaking.

And the girl said “No, it’s ok, it’s a kinda dumb question”

“Well,” she continued, “Can we put some googly eyes on your camera?”

And they giggled some more. I smiled.

“I don’t think I need them, My eyes are googly enough this evening”

Thanking me, they ran on, up and away around a corner into the next street. After they’d gone I closed my eyes for a few seconds, half expecting to open them and see my home city. A breeze touched my cheeks, and it began to rain. Gloucester was still there, darker than before, but a little more familiar.

Simon Buckley is a Manchester based photographer. Not Quite Light explores regeneration and heritage, photographing the architecture of the city.