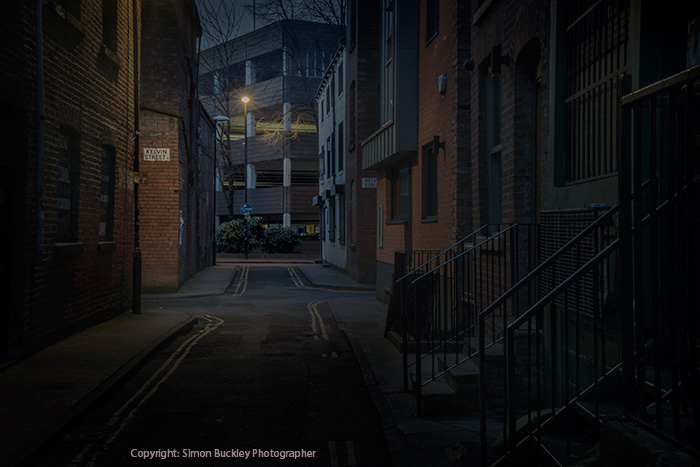 I was driving around the city with my partner recently, who isn’t from Manchester, past derelict land and injured buildings, and she said “You have to know Manchester to love it”. I’ve thought about what she said a lot in the last couple of weeks, as I’ve entered the still streets at dawn, and I think it may be a truth.

To the immediate eye Manchester has a twisted grandeur, with its monumental Victorian buildings blemished by inept modern architecture. There’s a swagger that doesn’t always make sense to the outsider, based on its sense of achievement from yonder years and a belief that it can yet again be a major player on the international stage.

I’ve stood in Kelvin Street many times, simply looking at the rich brickwork and flaked paint, considering the capillary strength of the interconnecting streets that I’ve come to know so well, that contain the details of the city that gradually infect you, so you too become alive with its energy and sense of hope.

It was a chill morning when I took this picture, but I’ve noticed that I rarely notice the temperature when I’m photographing. Manchester, in its detail, is just too fascinating.