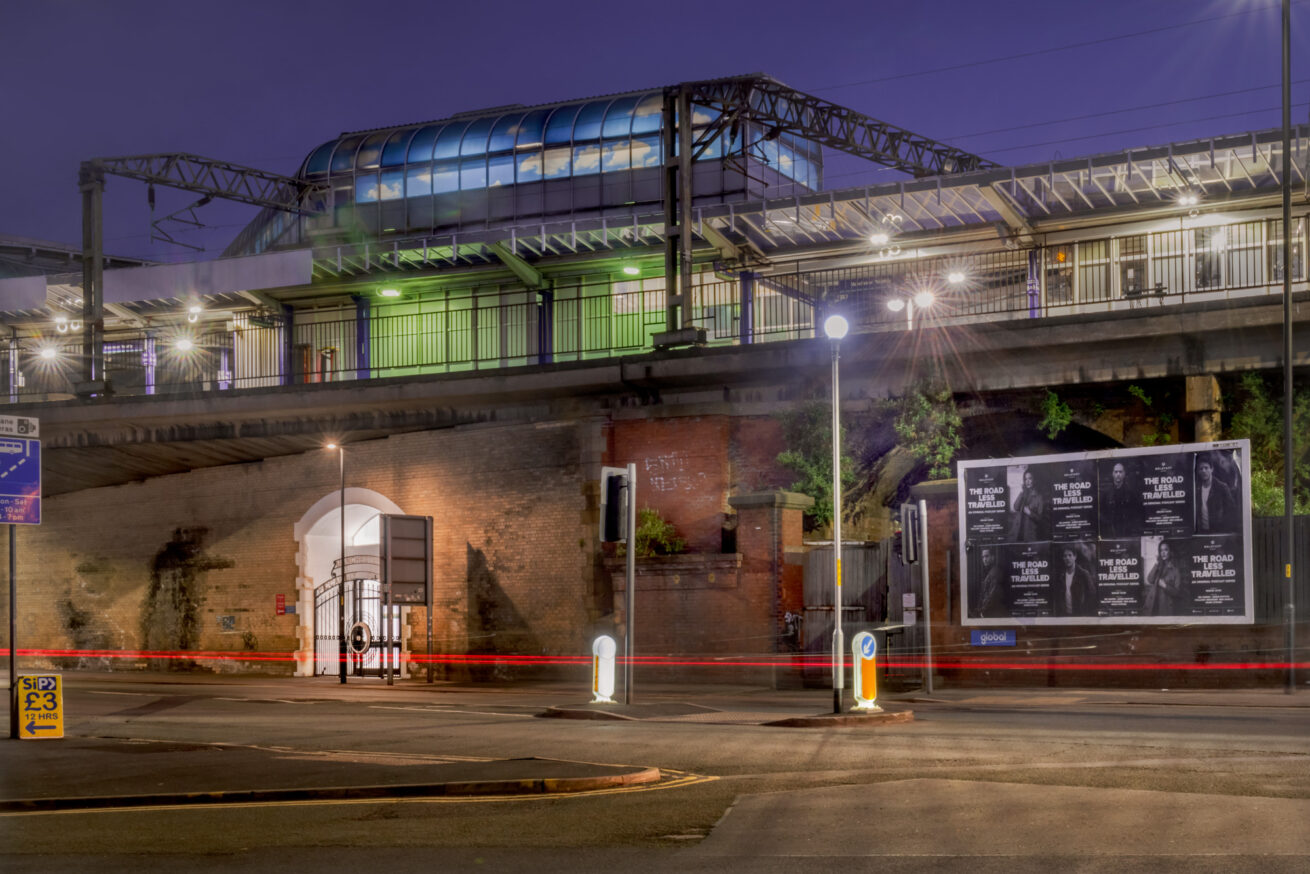 LISTEN TO DAWN AUDIO FROM PICCADILLY

Manchester Piccadilly comes into view not long after the London Road has bent under the Mancunian Way, on the way in from Ardwick. This terminus station was built high off the ground, the trains arriving and leaving by tracks laid on viaducts of tainted, red brick. The surrounding area sets the standard for Mancs, being a place of compromised promise, of bold ambitions impaired by the nagging ghosts of this city’s heritage. It brings to mind gravy spilled onto a new, cotton shirt.

I’ve arrived for first-light in plenty of time, and I’m standing alone, my gaze raised towards Platform14, the only one visible to people below. I look to the curved, glass roof topping the steps down to the platforms, the ceiling painted to be a celestial sky of pure, white clouds and azure blue. A billboard on the wall beneath, advertises a podcast for the fashion brand, Belstaff, entitled the ‘Road Less Travelled’.The juxtaposition of these two features creates a taunting absurdity, given the new restrictions placed upon us, essential trips only. 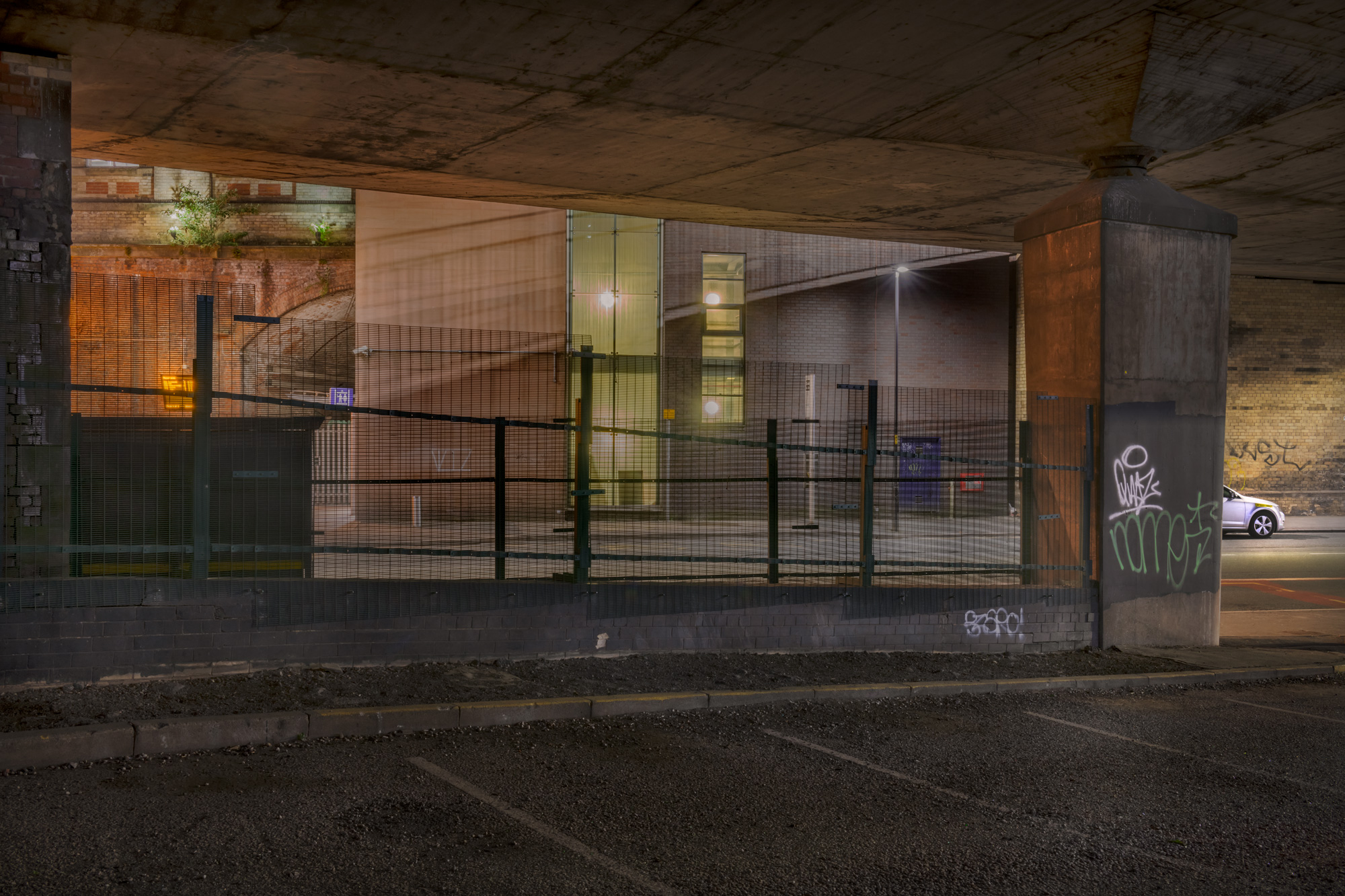 Like sirens, however, they draw me to where taxis are missing and, next to a lift, I study a small departures board, precisely angled. The list on page one, orange and garish, suggests passage to places scattered throughout all of the Kingdom. I imagine Mancunians in crumpled, warm beds, rushing to get dressed before resentfully joining a Pacer to Preston. I hope this April morning, they’re still safely asleep, the commute no more than a troubling dream, fetched by the mind from a faraway era when lives were confined by such timetables and cattle-truck transport.

The first service out is oddly to Reading, not long after five, and I wonder why this initial departure could ever be an essential journey. Maybe only unqualified need would be treated as reason to sit on a train at that time of day to a place thought so decidedly suburban.

A mini-cab slows under one of the bridges, and comes to a halt, the seat soon adjusted, so the driver can rest his tired head gently, therefore achieving his sleep quickly and calmly. I presume he’s there to meet someone still travelling. I walk a safe distance and settle myself near the always dark tunnel, which supports the main lines, heading down to the south mostly, there are fourteen, I suppose, in total. 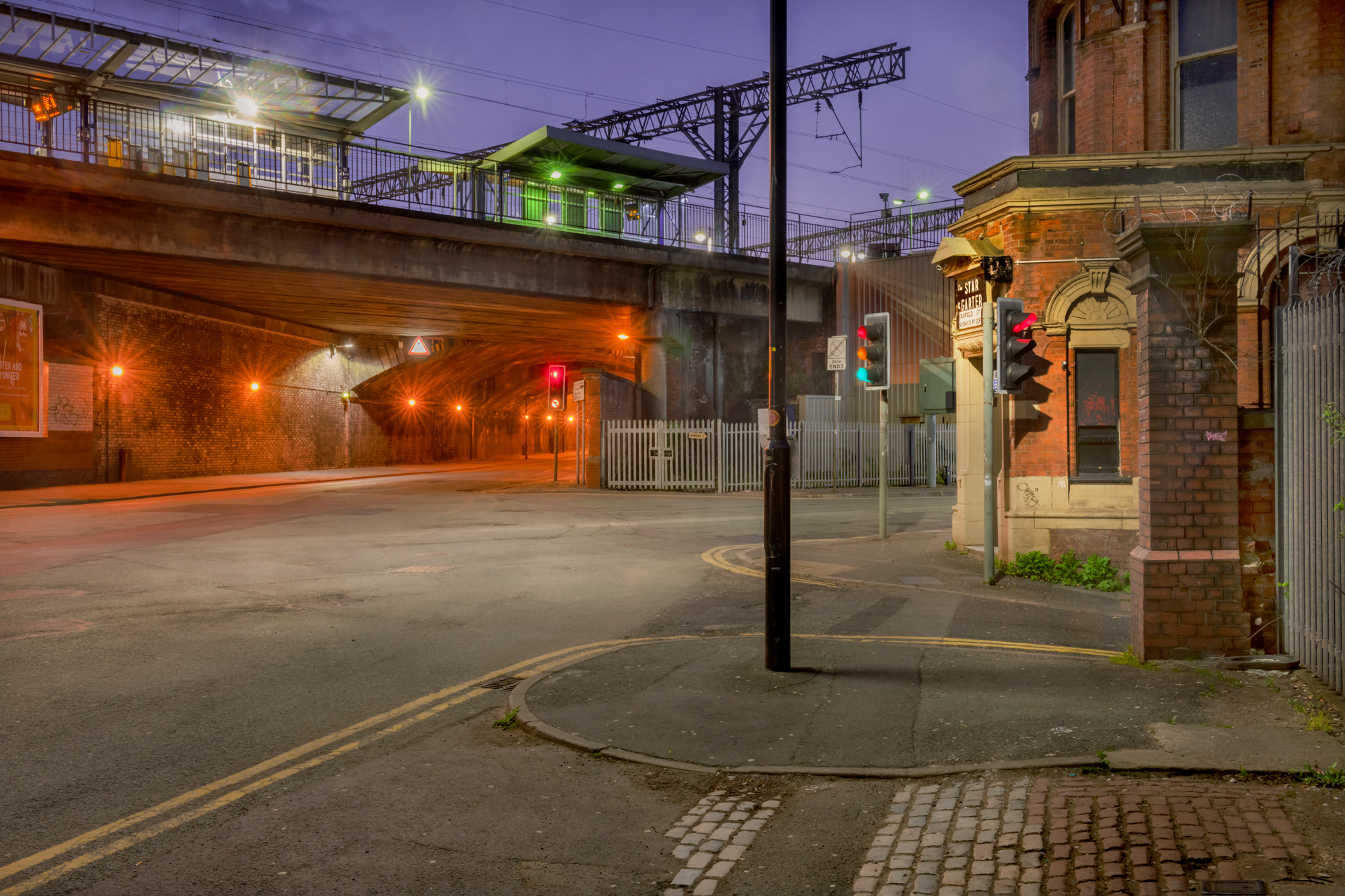 Without traffic or trains the birdsong prevails in this welcomed, peculiar silence. I listen intently, breathe in air fresh, not polluted, and then smile like a child, unburdened. An announcement drifts down with the breeze, without trace of emotion, free as the birdsong to transmit to our ears every word, easily heard, even over this distance, warning without discrimination, that the train now approaching does not stop at this destination.

Just a few minutes later, the rails squeal and vibrate as trucks laden with battered containers trundle over my head, causing sonorous groans, like that of a giant infected with pains too great in his bones, taken to his deathbed. The lugubrious procession is then swiftly followed by speeding cars whining, competing with motorbikes roaring, the peace so recent, now completely poisoned.

The day has broken, a pale sky emerging. My eyes close for a moment, and I hear the first train leave. I mentally wave to anyone now on their way down to Reading, and I cherish the sound of these wheels of steel scraping their way out of this city. I wish I could go too. From in one of the arches, an echoing call, the sound of a strong local accent quietens all. A woman, asks again and again if someone is alright, but never a name, and then, as a guard’s whistle blows, there is the last of her pleas and, in the stillness following one more blast, another train leaves. 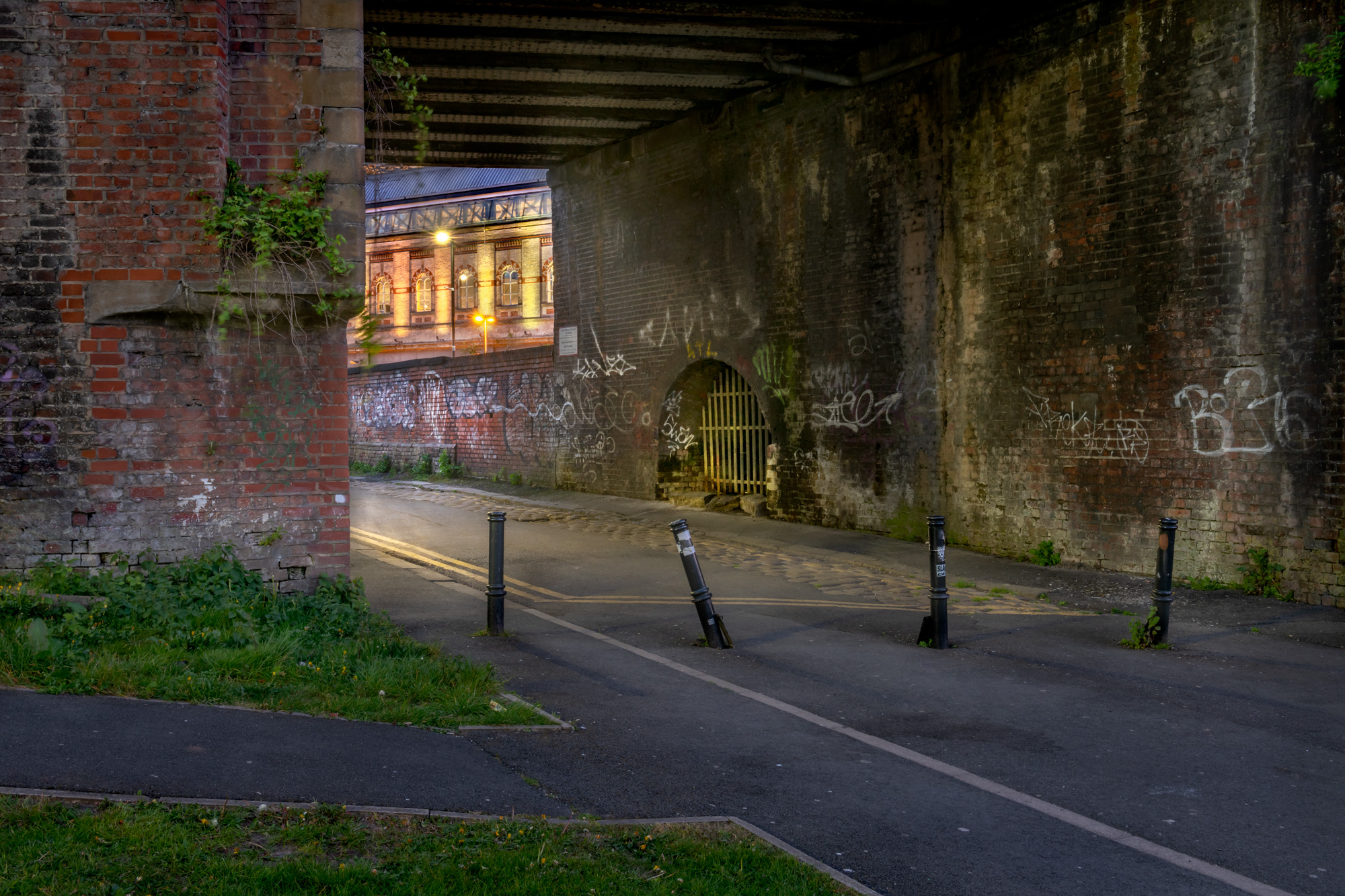