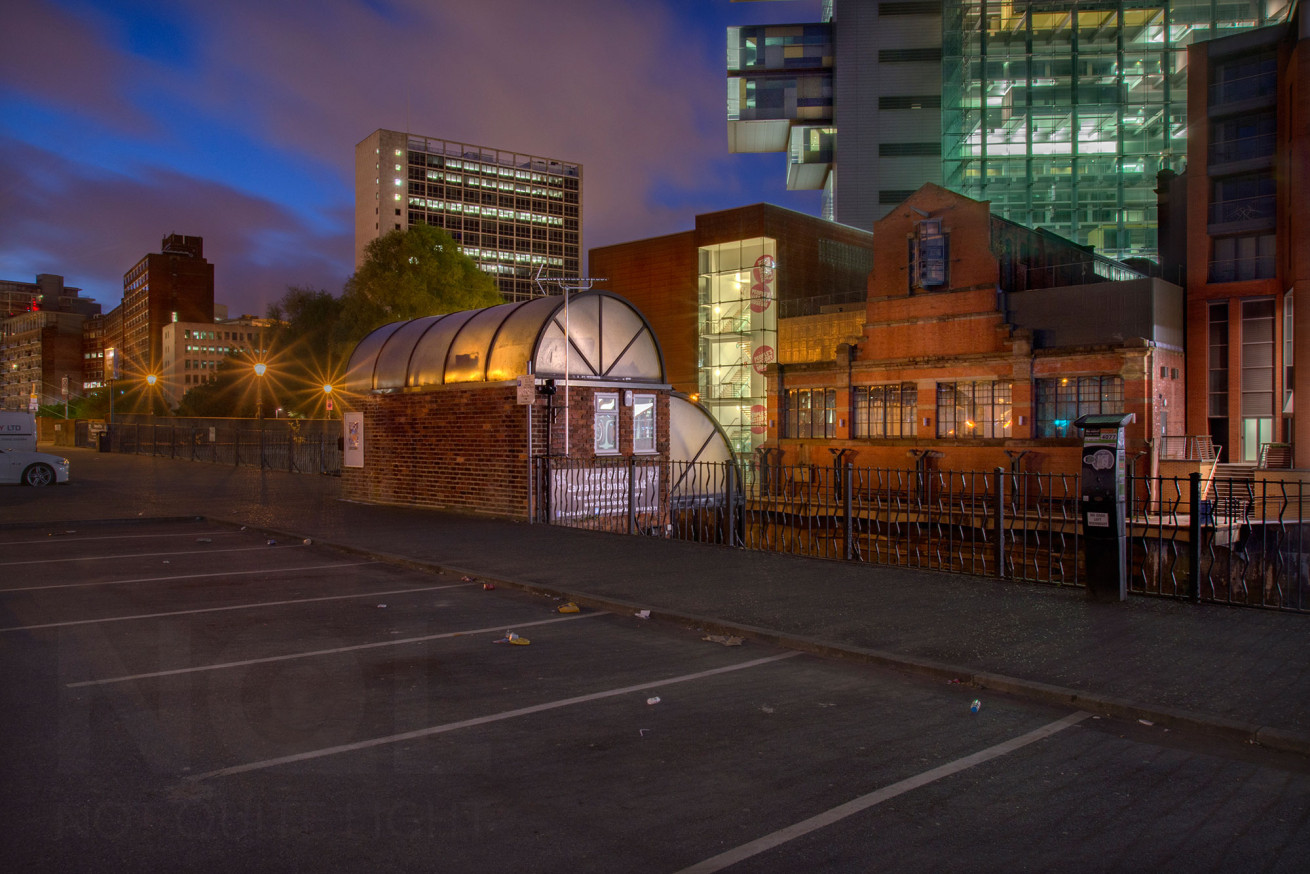 Bailey. Such an English name. Indeed, the last time I visited this area was to witness a grown man arrive on a boat festooned in Union Jacks, bolstered by a giddy entourage belting out Land Of Hope And Glory as the vessel came to rest at the Mark Addy pub. Since then the Irwell has flooded, suffocating the Salford landmark with cloying mud, and perhaps closing it forever.

Manchester and Salford seemed to turn their backs on the Irwell during industrial days, treating the water with disdain. The actual Mark Addy, famed for his rescue of a young boy one Whit Monday, died of disease that infiltrated his body whilst swimming in the murk, and one of the few buildings to embrace its riverside home, that took the hero’s name, has now fallen victim to an angry swell.

The roof of the venue glowed in the lights of street lamps, giving a false sense of life. But, without the drink and the dancing, the building had the atmosphere of a waiting room on the platform of a new town station. Across the water, in Manchester, the wedged Victorian facade of the People’s History Museum appeared almost in dazed shock at what lay opposite.

Everything else in my view was modern and angular, with wipe clean surfaces. For a moment I was reminded of Thomas the Tank Engine, in the way that mechanical or inanimate objects are given lives and feelings. I imagined one building calling to the other, trying to reach across from one city to the other. I noticed 2 men in capes and Spanish tricorn hats walking along the street, carrying ukuleles and take-away cartons. Above me, in an apartment block on the Left Bank a man was on his mobile phone, pacing and smoking. New Bailey is perhaps the name for a new England.