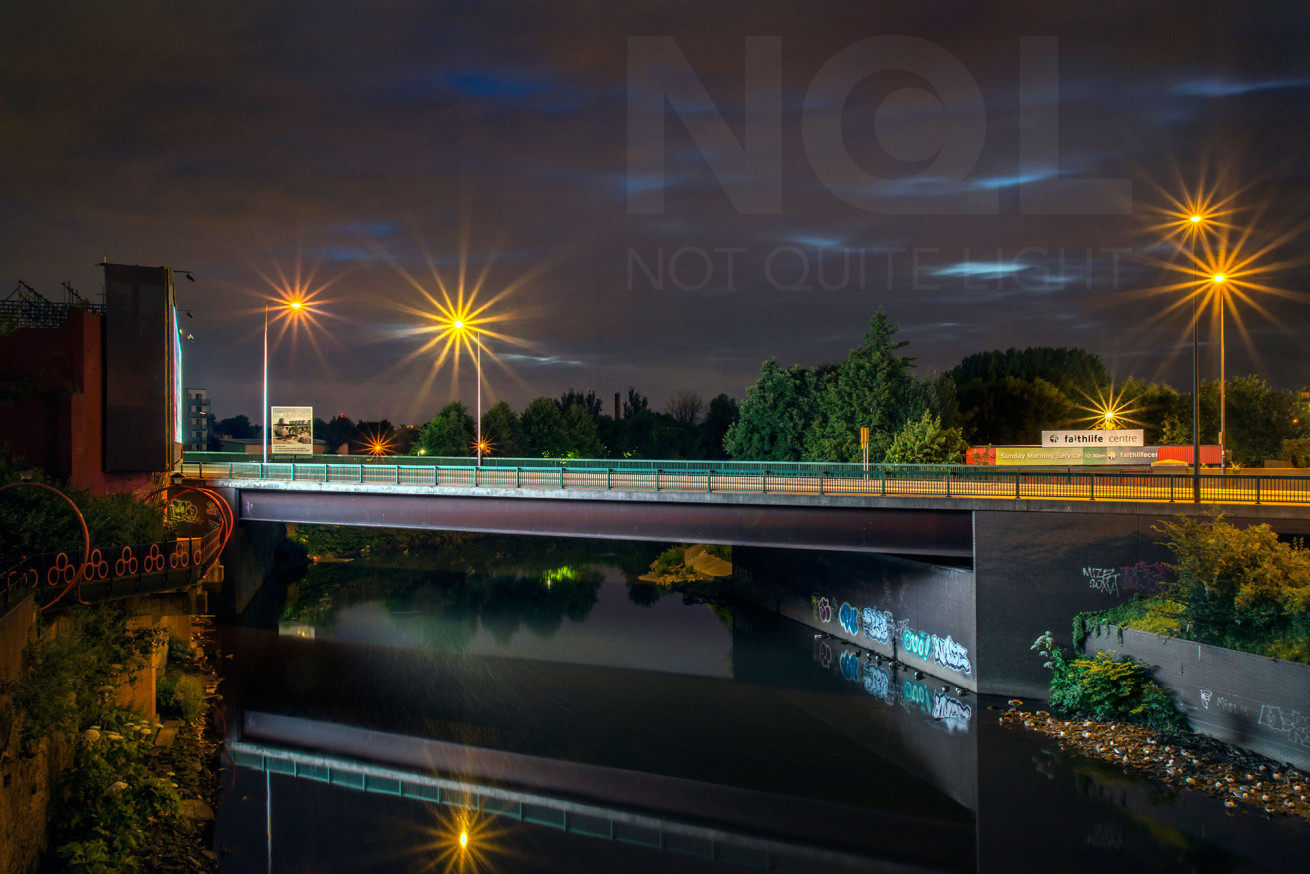 Since starting this particular series of Not Quite Light I’ve realized quite how little I know about the Irwell. Its path is that of an uncoiling snake, and I couldn’t easily draw it out if asked. It’s a river that, during the industrial revolution, both Manchester and Salford turned their backs on, polluting it for profit, and it often feels hidden away like an embarrassing member of the family that they don’t know what to do with.

It’s been lost to us for some time now, being described as “the hapless river” in 1862, and a melancholy stream by the Manchester Guardian in the 1950s. In the 1960s it was believed that any fish reaching Salford would have been killed by the pollution. And this despite the fact that Salford was founded on land near what is now the Crescent, where it doubles back on itself like a Formula 1 track, over 3000 years ago, and its source being 39 miles away in much greener surroundings.

It’s an awkward river, that bends and twists. Perhaps it’s because it’s not big enough, maybe it needs to be 3oft wider? The grand rivers of Europe, such as the Seine and the Rhone, dominate the cities they flow through. There is a vastness that induces awe and romance, inciting the desire to ride their surface tension past famous waterfronts, and feel as if the tidal force is carrying you through history. But the Irwell? Well, it’s like a one way street closed to through traffic. The water is dark and the banks mostly shoddy, apart from a few areas of manicured respite, such as by The Lowry hotel.  Occasionally it reminds us of its latent power with drownings and invading floods. There is little romance mentioned in the same breath as the Irwell. 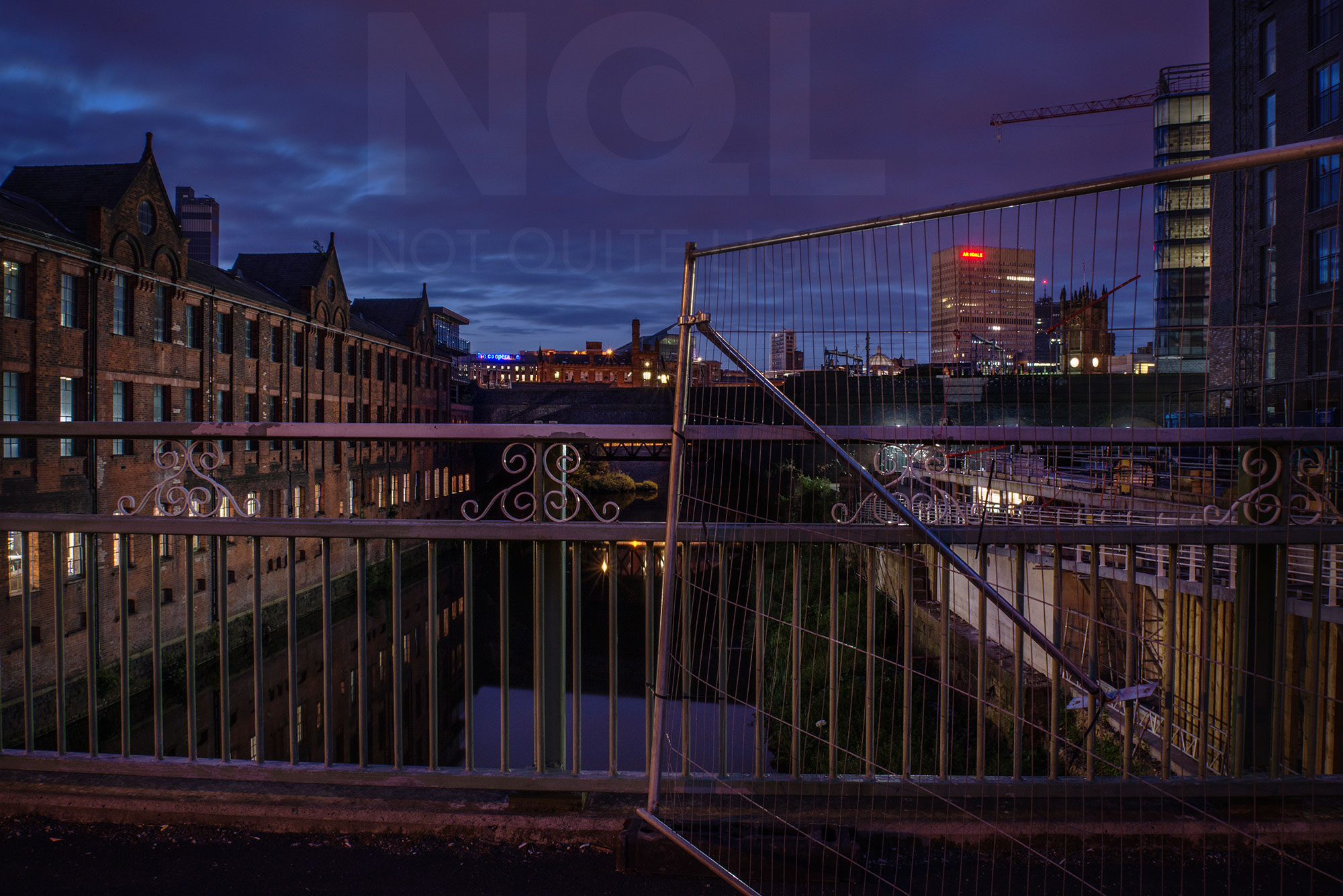 And yet, as with so much of Manchester and Salford, there is much to behold if we take time to value what there is, and consider what there could be. Herons rest peacefully near Victoria Station, the ancient stories of our cities are tide marked into the rock and brick, and meadows blow wistfully in the summer breeze. At night the blackened channel flickers with colour from the contigious lights. I suppose there is always beauty if you look for it.

As I stood on New Bridge Street, police cars sirened past, and two men stood surveying me from a balcony above. Geese called in the distance as if slightly irritated. Old Victorian buildings gleamed silver in the reflective light of the new development in ancient Greengate. I looked down into the murk. An electronic billboard was radiating light and the promise of holidays on a sunlit beach. The dawn began to break down the night sky, the men went inside and, for a few minutes there was no traffic. A slight breeze caught the nearby trees and, just for a moment, I thought I could hear the sea.