NEWTON STREET & THE ACCIDENTAL TRICOLOUR 6.53AM 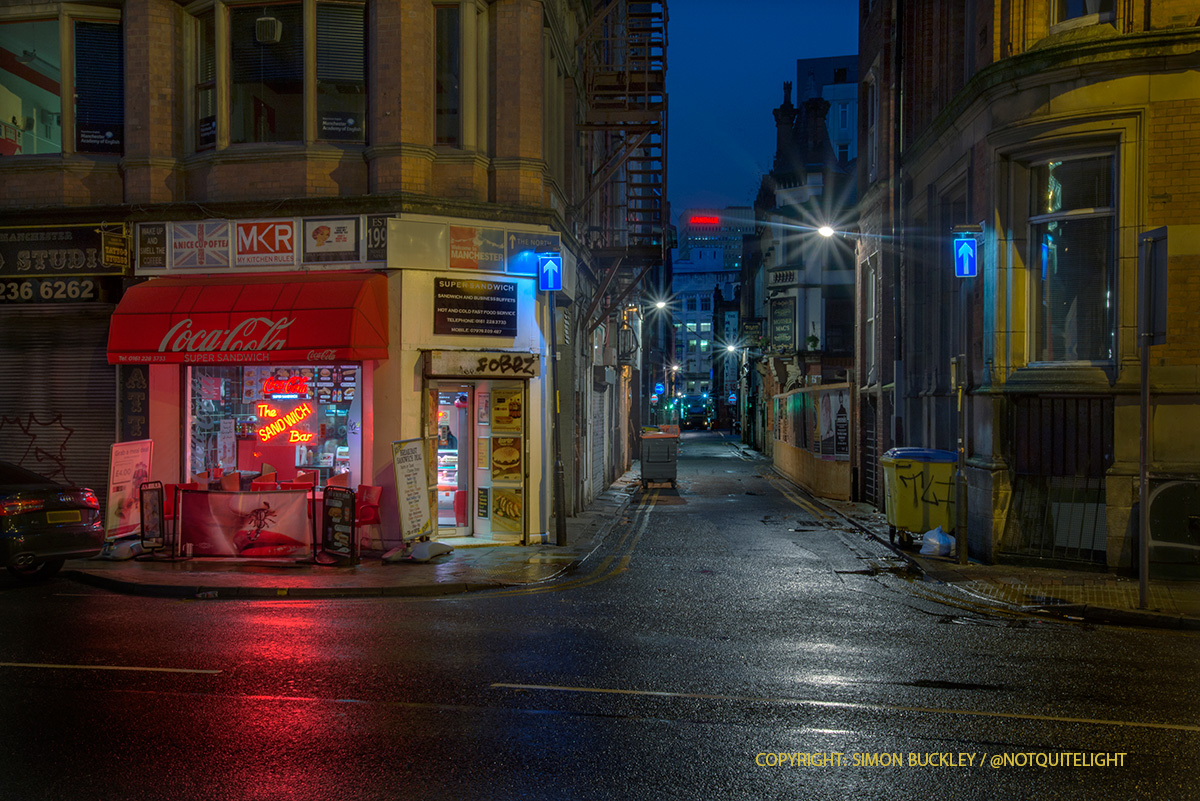 NEWTON STREET & THE ACCIDENTAL TRICOLOUR 6.35AM

Following the awful events in Paris a few days previously, the world had become cloaked in the Tricolour. It was before my eyes wherever I turned. At the previous night’s concert, or in Blackpool at the weekend, and my social media timelines appeared to be entirely decorated in red, white and blue. I seemed to notice it even when it wasn’t there.

I was gazing at the sandwich shop across from me, wondering if anyone else could see that a French flag had accidentally been daubed onto the rain bespattered tarmac, when a warring couple came down the street. The male had a bony, cropped head, open to the elements. From his gaunt face were launched words of spiteful anger. His girlfriend was shrunken inside a large quilted coat, and tears ran down her cheeks as easily as the raindrops on the dark walls next to her.

“Look at what you do!” he screamed “Can’t you see why what you do makes me so vexed?”

They crossed over the road and she crouched into a doorway near the sandwich shop. I decided not to intervene, as I’d little understanding of what the dispute was about, and it wasn’t the first time I’d seen them in this state. I simply watched for a while, to make sure it didn’t escalate.

Around the corner on Dale Street I set up again, at the far end of a parking space. A car sped into the spot and pulled up just short of my tripod, the driver apparently irritated by me. She and her well spoken daughter emerged, ignored me and, from what I heard, went off to buy hot chocolates.

Around ten minutes later, back on Newton Street I saw the arguing couple marching towards Ancoats, now apparently friends again. The mother and child were scampering along behind, calling something that I couldn’t work out. And then they came over to me. I could see now that they were Asian. The woman had her nose pierced with a beautiful stud.

“Are you videoing?” asked the mum.”Because I wondered if you’d caught any of that argument on camera? I think that they’re homeless and I wanted to help. In fact do you know of any charities locally where I can drop off some stuff?”

I directed her to Mustard Tree on Oldham Road.

“You know, if you saw it happening, why didn’t you act?” she asked me.

“Well, I’ve seen them arguing before whilst I’ve been out” I said.

They both nodded politely and turned away. It wasn’t really enough.