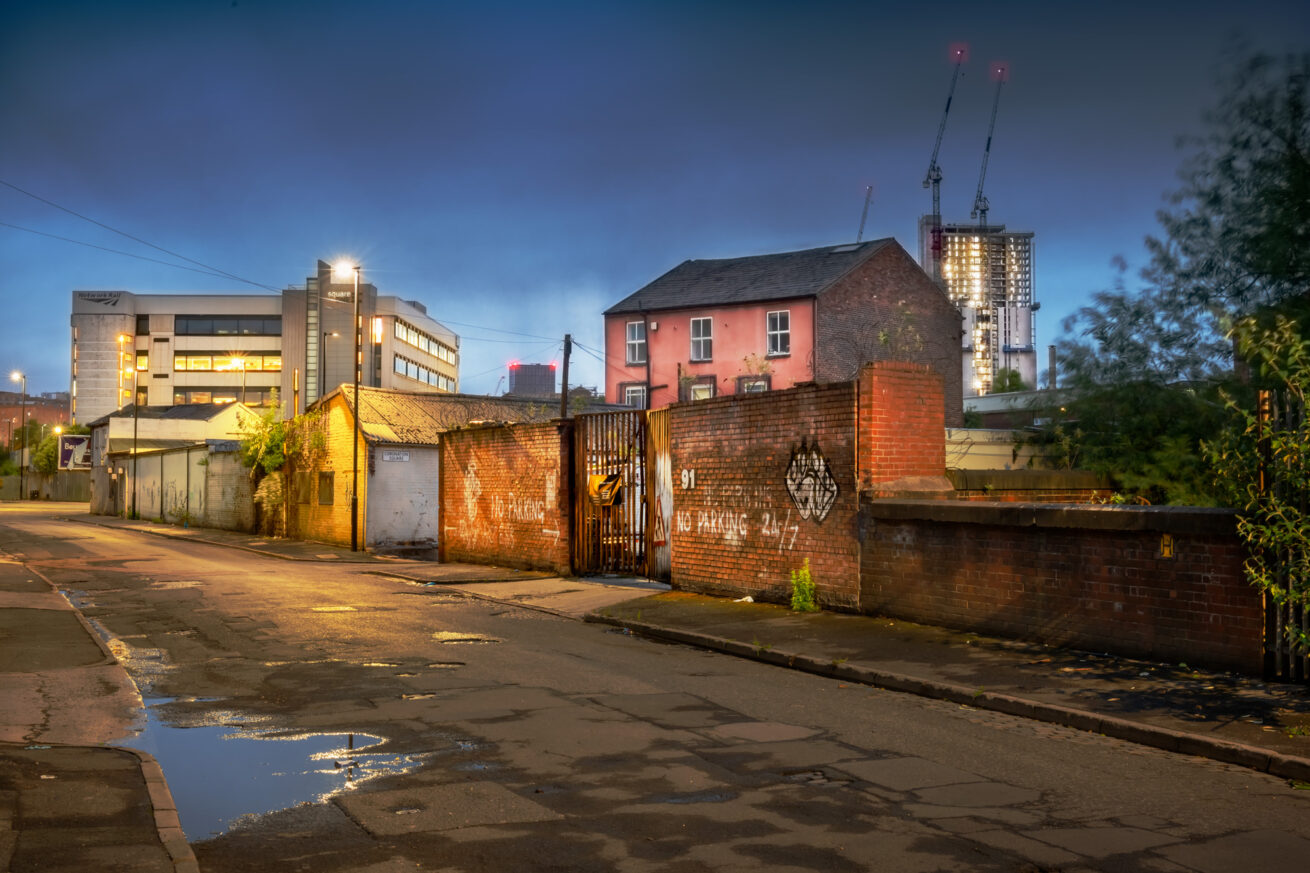 I actually began in Macclesfield Forest, on the night of the full moon for my project ‘Our Future is Ancient’. After sitting in the car for several hours, watching the trees defend themselves by twisting and twirling in the gusting air as rain fell hard and consistently, I decided to return to the city.

The day was just emerging as I was passing through the Piccadilly area, so I stopped to photograph. It’s an area still awaiting its fate as masterplans are discussed and contracts signed.

It’s still an area where sex workers wait on kerbsides as single men cruise around in their mid-range cars like mechanical vultures.

As I waited to take my picture a woman and a man walked past, neither looking like they were having their best lives.

“You’re out early” said the woman, “Shame it’s raining for you…”

A few minutes later, as she took up a position on her kerb, the rain faded away, simply leaving puddles that refletced the grey sky. I went to another location to work. When I set off for home, she was no longer standing in her place. 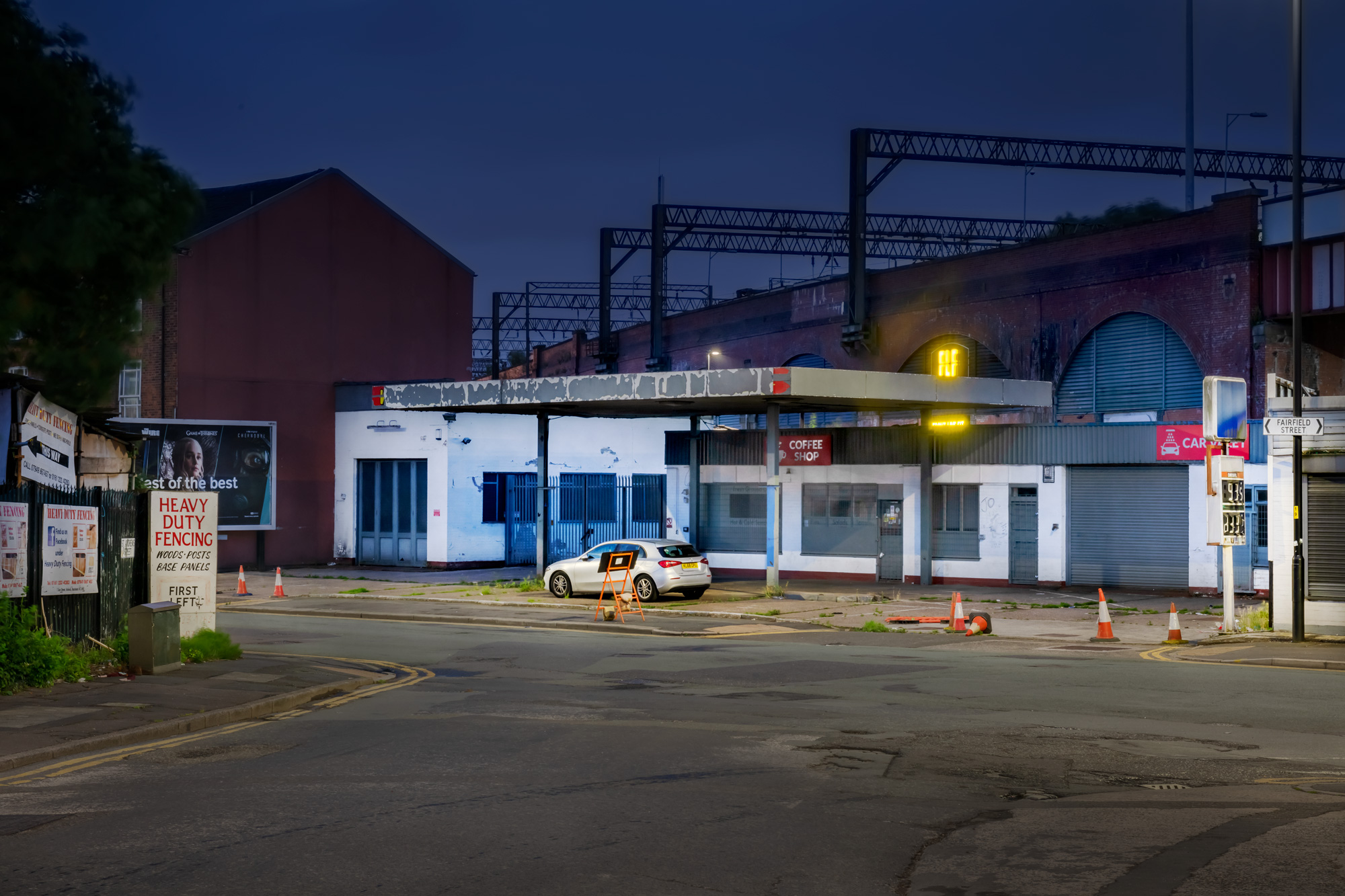