NOT QUITE LIGHT NOMINATED FOR AWARD 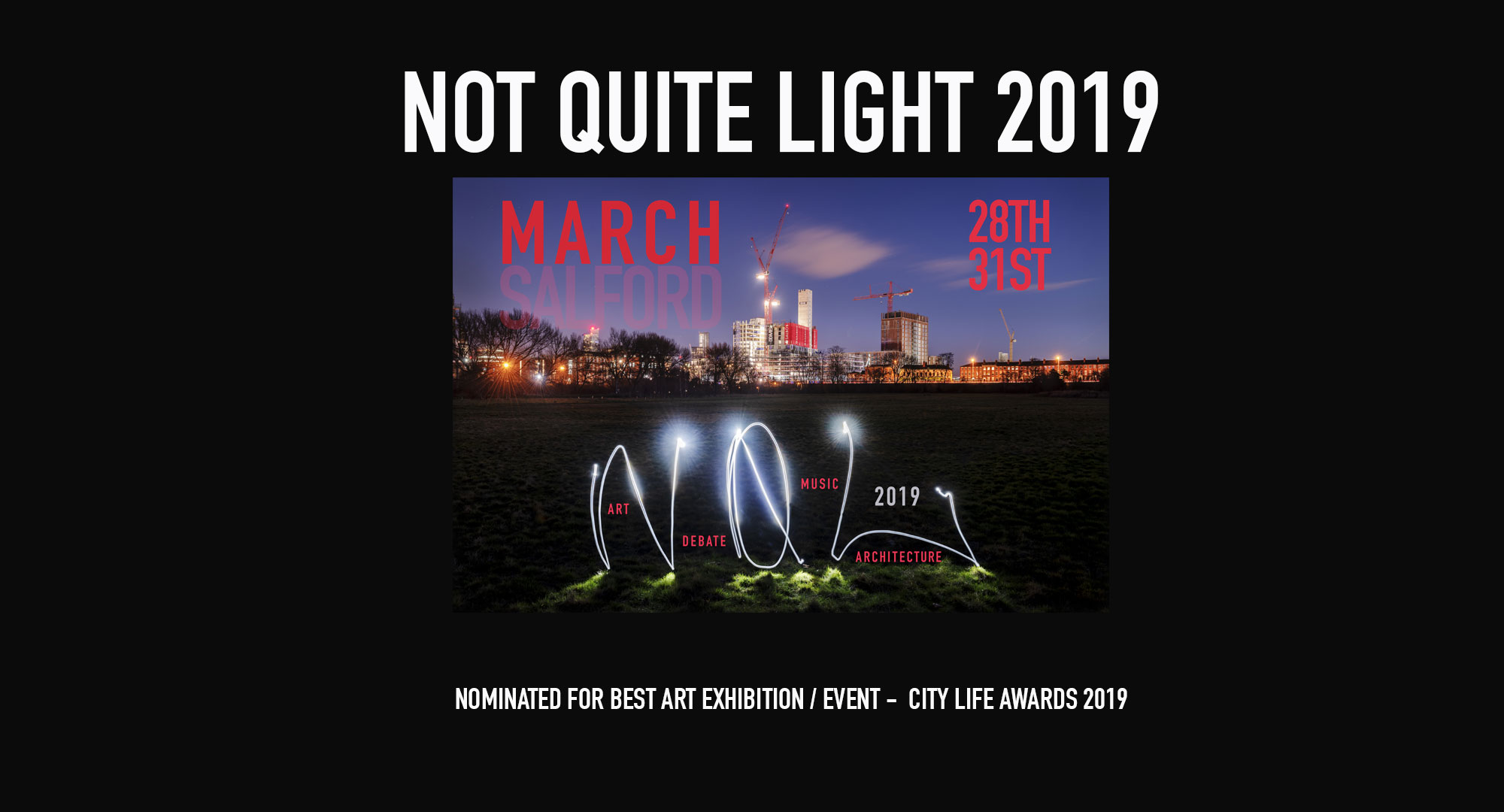 The Not Quite Light Festival 2019 has been nominated for the City Life Award 2019. It’s a tremendous achievement that acknowledges all the hugely talented performers and speakers, and also the many people that helped stage the event.There were over 34 events, including 4 world premieres.We also staged the first ‘Pilgrimage’ that saw 14 hardy souls walk the 30 miles from the source of the River Irwell back to Salford, raising over £1500 for the Booth Centre. The Salford based festival will return, as always, on the last weekend of March in 2020. Going forward there is so much that we have planned in terms of working with local neighbourhoods and communities, using creativity and debate to explore the city in which we live. From new talent to established thinkers and performers, NQL will grow from the grassroots and become a festival that will put Salford, and its neighbour Manchester,  firmly on the national map for arts, architecture, music and debate.

To vote is simple. Follow this link, and scroll down until you reach Best Arts event / exhibition.