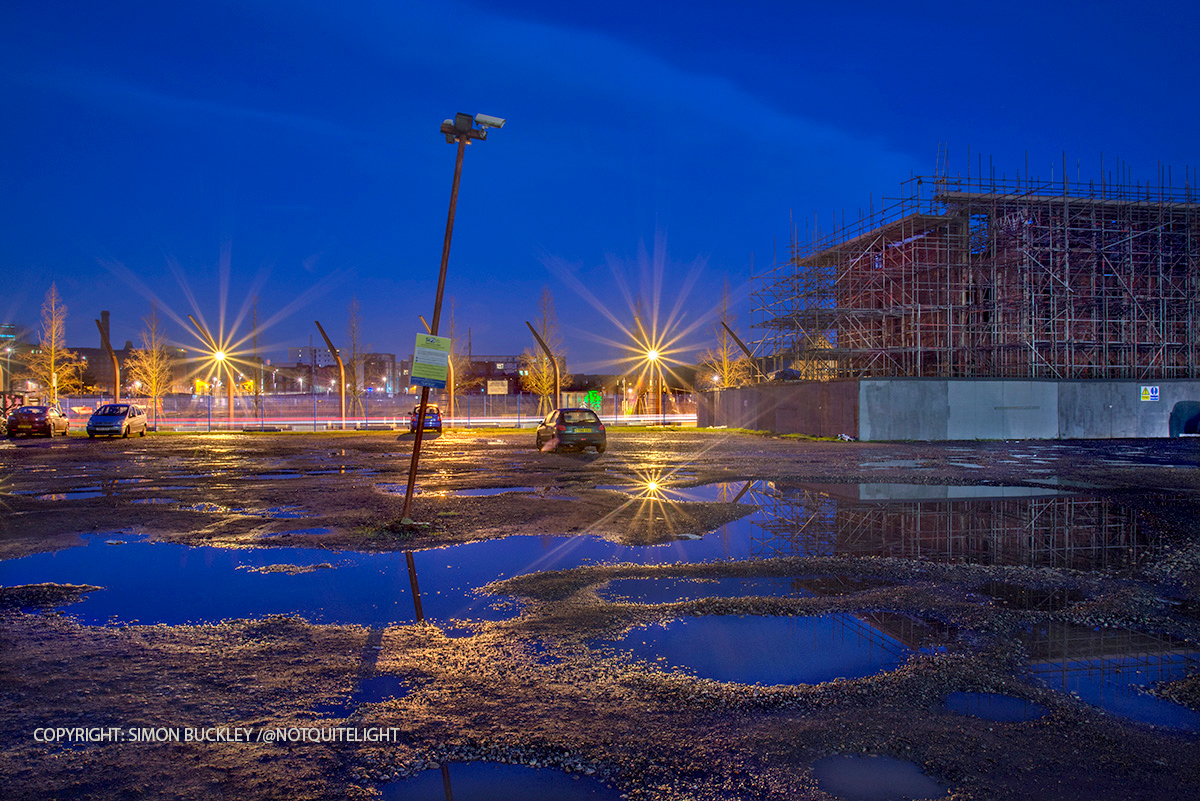 In the still of dawn, before the roar of the day starts, the sound of birds chirruping is surprisingly strong amongst the sparse, winter branches and remains of old Manchester. I struggled to see any trees from where I was stationed, behind the Dispensary, which looked lost and lonely at the edge of a wasteland punctured and filled with pools of water, deep enough for your ankle to sink in. And yet still the sounds of nature endured.

The Dispensary was nearly lost, despite promises that it would be safe from destruction. An army of people gathered to save it before it became a lost ruin, and this once glorious landmark is now rescued and braced by rods and scaffolding. It occupies the area the Eastern perimeter of where I’m working, more or less opposite the end of Empire Street in the far distance near Strangeways. Promises for a better life are boldly proclaimed on nearby boards. A foreman surveyed the ground below from his vantage point on a gantry, as hard hatted workers gathered to begin more change.

Sometimes it feels as if there is no plan to what is happening, that buildings and communities are despatched without thought for the loss. Across the road outside some new houses lay an abandoned Christmas tree, slowly rotting in the gutter. A dog wandered up and pissed on it. One of the construction men eyed me suspiciously and radioed up to his superior.

I fired my shutter and hurried away. Birdsong, beautiful birdsong, was all that kept my spirit alive on this morning’s shoot.