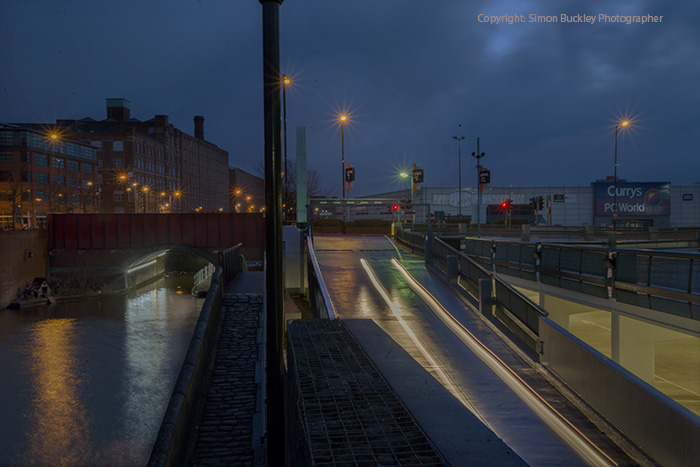 The dawn breaks earlier now, and I have to be out by 5.30am, and no-one knows where I am at this time of day. Those close to me are still asleep and will assume that I’m safe, and probably at home. The streets are mostly free of people, and so I often make my way without witness.

The clearing sky drew me south on this morning. Around Ancoats and the Piccadilly Basin the emptied land allows pinkish slithers of cloud to dominate the skyline. At Aldi I stopped and looked back towards the still grand Royal Mill in Ancoats and the lifeless Currys in the grey retail park opposite.

Below me was the Rochdale Canal. I thought of the awful story that appeared in January, speculating as to whether the 60 bodies found in city centre canals over the past 7 years were victims of a serial killer. A car swung off Great Ancoats street to descend into the car park beneath. For a moment it paused, and the driver saw me. And then we both moved on.

COPYRIGHT BELONGS TO SIMON BUCKLEY PHOTOGRAPHER. NOT BE USED FOR COMMERCIAL GAIN OR TO BE PRINTED. ALL USEAGE MUST BE ACKNOWLEDGED.