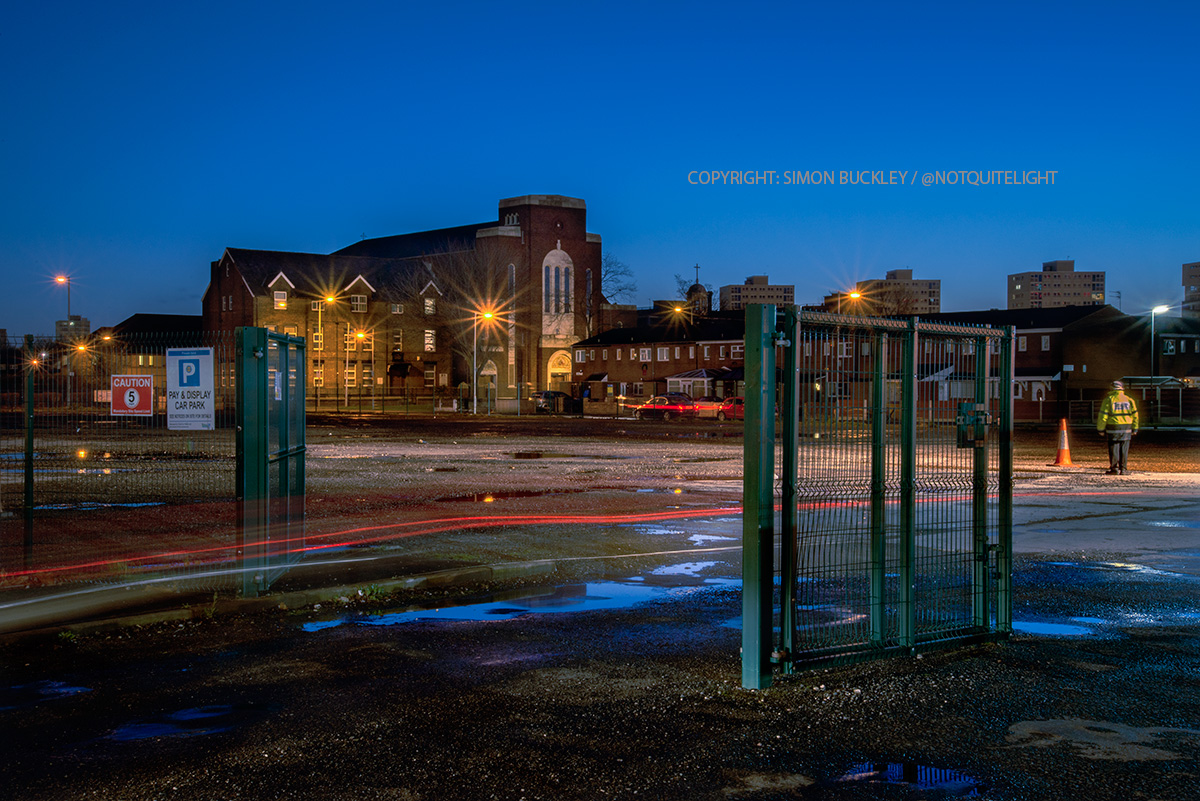 I’d been out the night before in The Millstone pub, one of my favourite places in Manchester. I was watching the delicious chaos unfold before me when I noticed a woman that I’d had a drink with a few months earlier. Her name was Michelle, a born and bred Mancunian, who was drunk and sad. Her long, sequined dress wasn’t comfortable on her, and she had to walk with care in her high heels. We ended up chatting, and she told me upsetting stuff about her younger life. She had a heart as big as Central Library and all she wanted was for people to not abuse her kindness. She was fearful of loneliness now that she was in her mid-fifties. I helped her into a taxi at around 1am and went home, hoping that she would receive her longed for Christmas miracle.

The next morning I went up Rochdale Road towards the edge of my current project. The city centre looked further away than it actually was, with the new skyline appearing as if it had been cut out of cardboard boxes by school kids, and lit from behind by fairy lights, like the backdrop for a school nativity.

I made my way over to a large car park that lapped up against the road on which St. Patrick’s Roman Catholic Church was sited. The car park attendant, was out of his hut, greeting customers by name. He saw me and came over. The sun was beginning to rise behind him, but stars held their place in the night sky, bright enough to guide travellers who didn’t need their Sat Nav. “I sit in the cabin and watch the world slowly change” he said, his voice more Lancastrian than Gallagher chic. 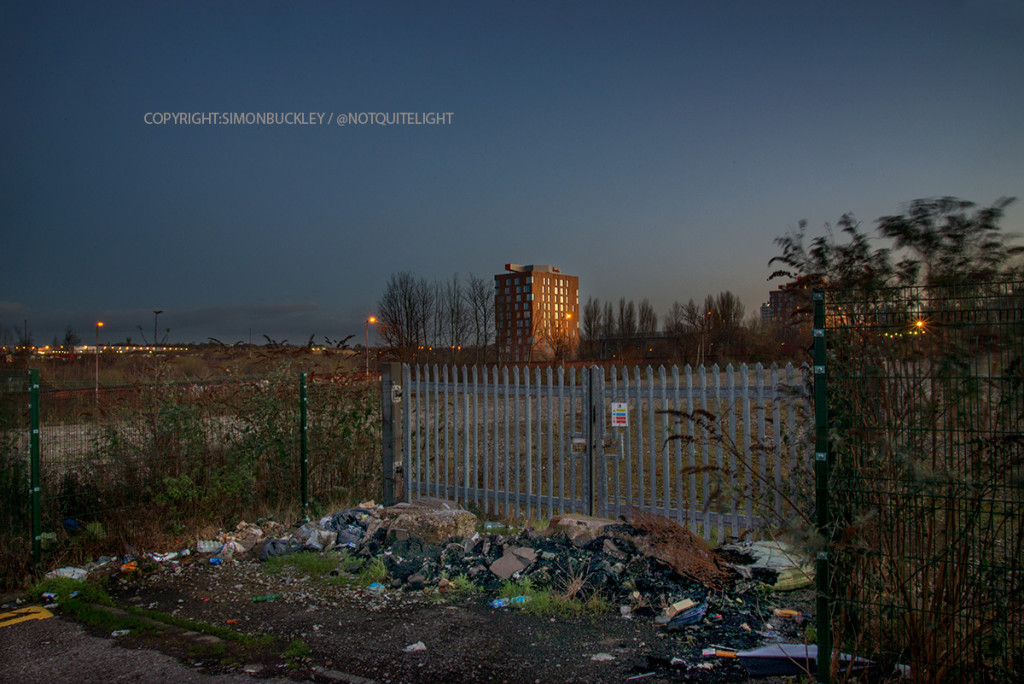 “I count the cranes on the horizon. I was only supposed to be doing this job for six months, but here I am 12 years later. Won’t be forever though. Soon the city centre will arrive here.” He pointed across the road to some wasteland that was fenced in. If it couldn’t be used for cars, God forbid that it should be used as a park or something whilst it awaited its destiny.

He wished me a happy Christmas, and wandered off. The light from his little office glowed bright above the grey of the asphalt. Before he reached the door he stopped and turned his back on Manchester, towards the church, and stood as still as Lot’s wife. I may go back to see if he’s still there.