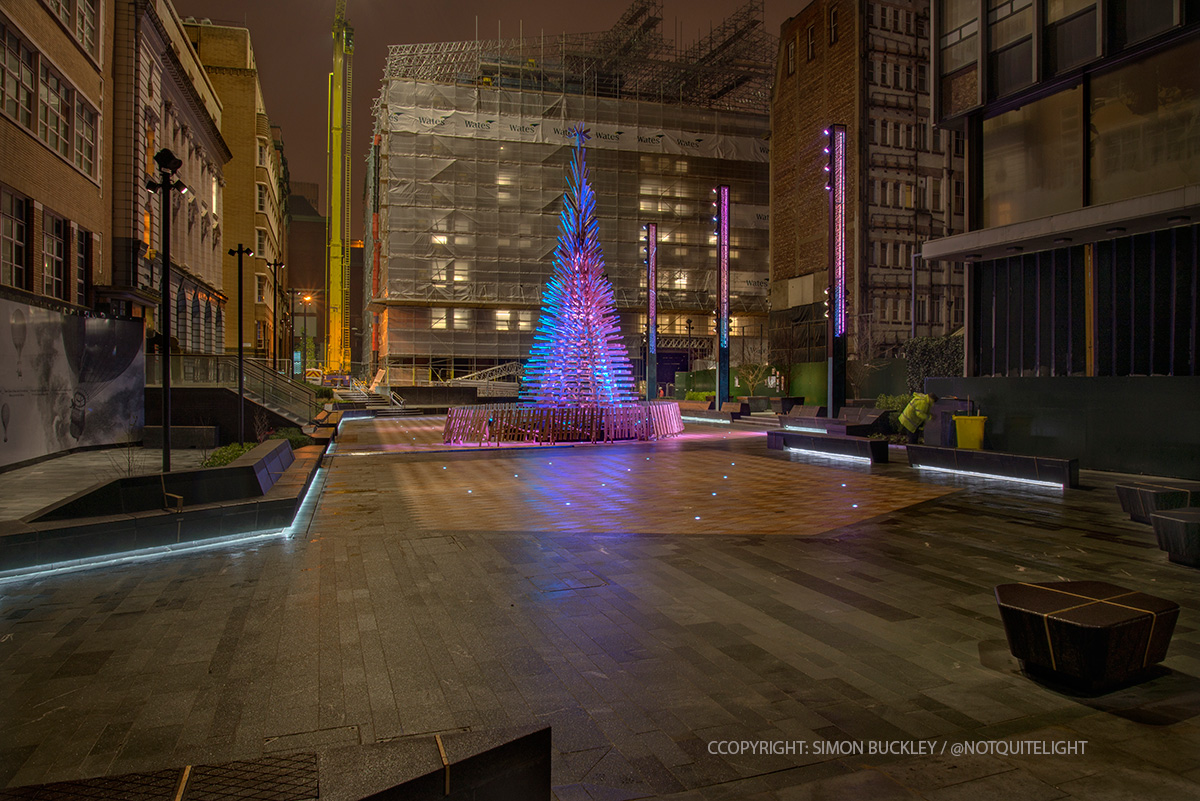 When my kids were little I used to love building them sandcastles. Hours would be spent constructing walls, towers and moats. I even used to dig channels to aid the sea in its inevitable destruction of something I’d been proud to have built. And then tomorrow, the beach would again be the same, but changed, as new fathers elbowed their children out of the way during their quest to achieve as much as they could before the ocean took its toll.

And in the same way do cities change. Each generation arrives with its vision of how they want the patch of land that they live in to be, and they do their utmost to deliver this vision before they too are taken by the ceaseless tide. And in the months since I started Not Quite Light I’ve watched as buildings rise and fall, and new plans are begun or completed.

In the time that I’ve been wandering at dawn, many of the streets have been closed off like a murder scene. Thick tarpaulin has covered the deeds being done, and all I’ve had to go on is gossip and hope, and quickly my photographs have become a testament to that which existed, and witness to what has been done in its name.

The area around the CIS tower has been under a constant state of flux. People have gone to work to the sound of clanks and bangs as this area of the city is transformed into place deemed worthy of its Science Fictional mantle, NOMA. Sadler’s Yard is the latest piece of transformation to be revealed. It’s still soundtracked by the clunks and clangs of more buildings being redefined, but it’s here and part of Manchester.

The committee of architectural styles that surround the square reminded me of both the beauty and schizophrenic nature of our city’s architecture. Victorian, Art Deco, Modernist, they all gaze down upon a square named after a pastry chef from Oxford, who was Britain’s first aeronaut. The boards cladding the lower parts of the walls tell you this.

I watched the awkward, wooden Christmas tree change colour like a disaffected chameleon as workers at the far end of the square raised a crane. A man arrived to begin picking litter from the new hedge funded by the Co-op and Hermes Real Estate.

A security guard, who had been eyeing me from his office since I set down my tripod, plucked up the courage to ask what I was doing. I asked him his name. “I’m Mr Anderson.” he said. “Well then, I’m Mr Buckley”. He smiled, and replied “You can never be too careful in the current climate”.