SWAN STREET, MANCHESTER 7.19AM “WHERE YOUR ACCENT IS AN APHRODISIAC” 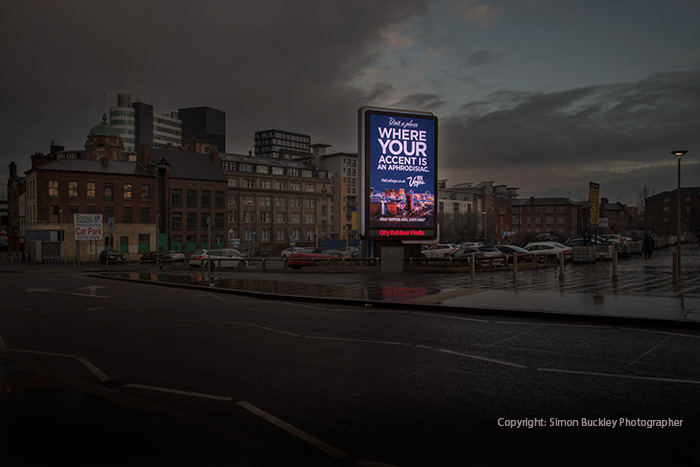 “WHERE YOUR ACCENT IS AN APHRODISIAC

I was in bed, having a lie in, and my partner happened to be intently watching a video on Facebook in which Ian Brown and John Squires from the Stone Roses were being interviewed. It had been posted by XFM under the title “Most Awkward Music Interviews Ever“, and the conversation between the 2 young Roses and the interviewer contained wastelands of silence, interspersed with the sharp, confident insight peculiar to Manchester.

It was from 1989, just a few years before Oasis delivered unto us their anthems and swanky Manc chat and, in the wake of Madchester, just for a few years, everybody wanted to be a Mancunian. The monkey walk was mimicked throughout the land, and once well-spoken public school kids became desperate to go to University in our city, and learn how to talk like Noel or Liam.

Noel Gallagher was back in Manchester recently to promote a new album, and he gave an interview to the Manchester Evening News, in which he said, probably in his retained Manc tones, “At every turn, the landmarks of my life had gone. And I was shocked. Pubs that used to be there were health clubs and restaurants, and some of the buildings aren’t there. And there’s a whole other part of the city built after the IRA bomb.”

I have to hold these things in my mind as I photograph at dawn, when sometimes all I want to do is drink tea.

COPYRIGHT BELONGS TO SIMON BUCKLEY PHOTOGRAPHER. NOT TO BE USED FOR COMMERCIAL GAIN OR BE PRINTED. ALL USEAGE MUST BE ACKNOWLEDGED.