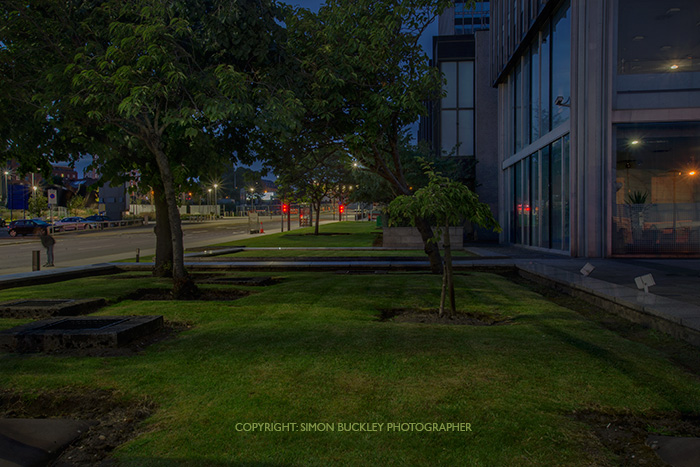 I wasn’t intending to get up on this morning, but I was awoken by a panic dream, in which I was photographing in Manchester, but it was unrecognisable, and the dawn was taking away the darkness too quickly for me. So, unable to rest my mind, I left my bed and made my way down towards Victoria station.

Along Swan Street two male friends were crossing towards the car park beneath the glowing glass of the new CIS building. One of them was singing “That’s Amore” to his mate so tunelessly that only the words made the song identifiable. He kept leaning in to the other man and grinning, with the expression of someone that had just discovered a bag of money.

I looked away from them, hoping that they wouldn’t be driving, and took in the new roof of Victoria Station which, in my sleepy state, appeared to resemble a giant tomato cultivation tunnel. I set down my tripod. A group of young people passed boasting of the pills that they take on a night out. Not far from me, next to the only patch of green I could see, a homeless man, clearly under the influence of drugs or drink, was sleeping standing up, like a horse. As he moaned in his unconscious state he swayed but never fell. Oddly, despite there being trees, I could hear no bird song as the sunrise filled the office windows around us.