THE FISHMARKET, NORTHERN QUARTER 7.19AM 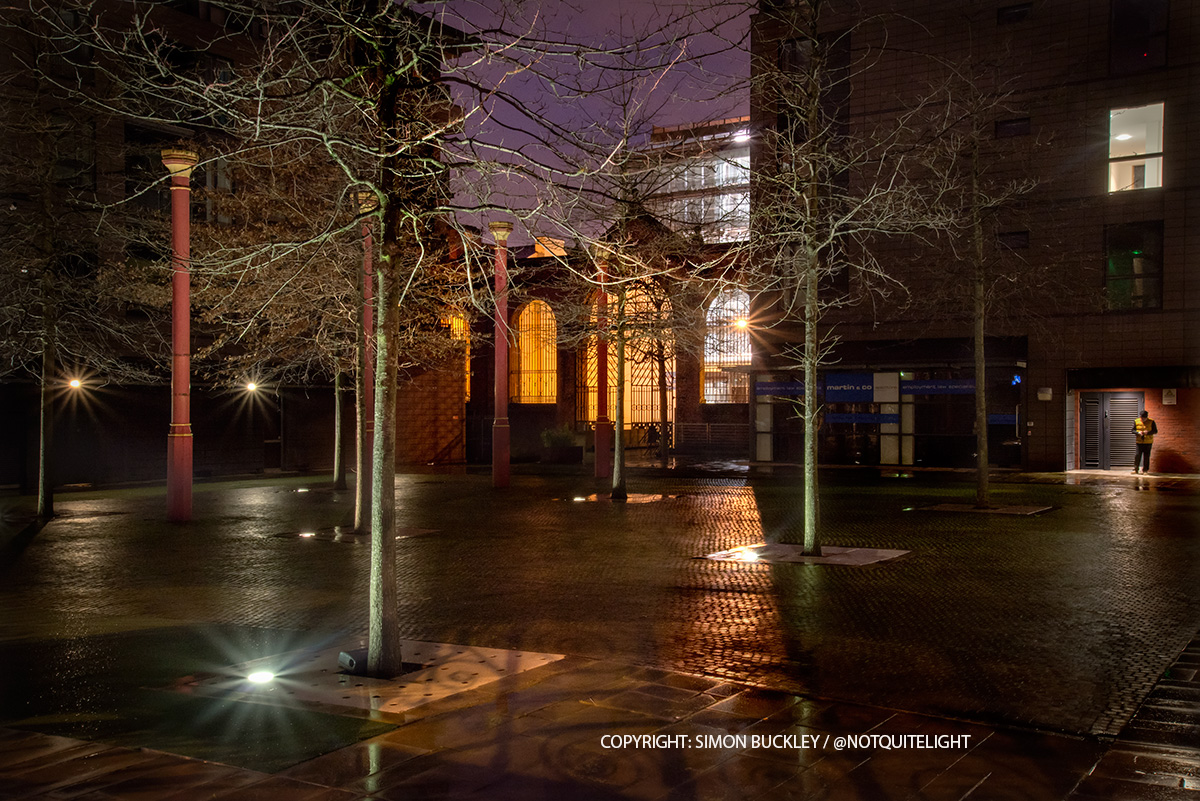 THE FISHMARKET, NORTHERN QUARTER 7.19AM

On New Year’s Eve in 2014 I hadn’t even thought of Not Quite Light, I still had some vague notion of starting a personal project. Like most people I had little idea what the following twelve months would contain, and I’m wise enough to distill my sense of the new year into a simple, manageable equation of hope and fear.

It felt symbolically important to me to get up for the last dawn of 2015 but, as I made my way towards the Northern Quarter, I didn’t really have a sense of what it was that I would photograph. I just used my experience to accept that something would happen, and that by the time the lights had gone out, something would exist in the world that currently didn’t. I was reduced to the hope that something would happen, because it nearly always did when I put myself into a situation where it could, but also still fearful that it might not.

I considered that maybe other people going to work on this day were also feeling hope and fear as they completed another 365 days of being alive. What causes us to get up and carry on each day if it isn’t the hope that something good will happen, or that we’ll simply make it through to another night?

With this in mind I set off down towards the bus station at Shudehill, where there would be life. On the way there I passed the fishmarket in the Northern Quarter, and the entrance gate was unusually open. I stepped inside. The courtyard was lit with patterns of light, and the Victorian gates, surviving between the modern apartment buildings on the far side, let through a fiery orange glow, as if to another world. Silvered tree branches jerked into the dark space like they’d stuck their tips into an electric socket.

I placed my tripod down in this unexpected scene and, just as I did, a man stepped perfectly into the far edge of my picture, as if directed onto a film. He stood still with his phone and fag long enough for me to click the shutter several times before he and I moved on.

I continued on to my original destination and placed myself on a traffic island, just in front of the bus station, looking back at the layers of non-matching architecture that constitutes the city centre. A tall, thin, black man with long, awkward teeth sidled up to me. His hood covered a frayed baseball cap, and his chicken legs were covered by skinny, grey jeans.

“What you camcording?” he asked. I told him that I liked the old buildings set against the new. “Yeah man, it’s nice,” he continued. “You should get the buses too, always get the buses. And then, do you know what you should do?”

“You should frame the pictures and send them off. You might get an album. I’m born in Manchester and lived here all my life, so I’m not bullshitting you.”

“To carry on rapping. It’s my dream, and I’ve got to try for my dreams. Always. Stay cool man”

He shoved his hands into his hoodie pockets. I assumed much of what he’d said was a fantasy, but then where is the divide between hope and fantasy? I watched him turn to go, and he waved without looking back as he walked away, possibly on his way to Brigadoon. A tram honked it’s unearthly warning and jolted me back to my camera, and the final dawn of the year.