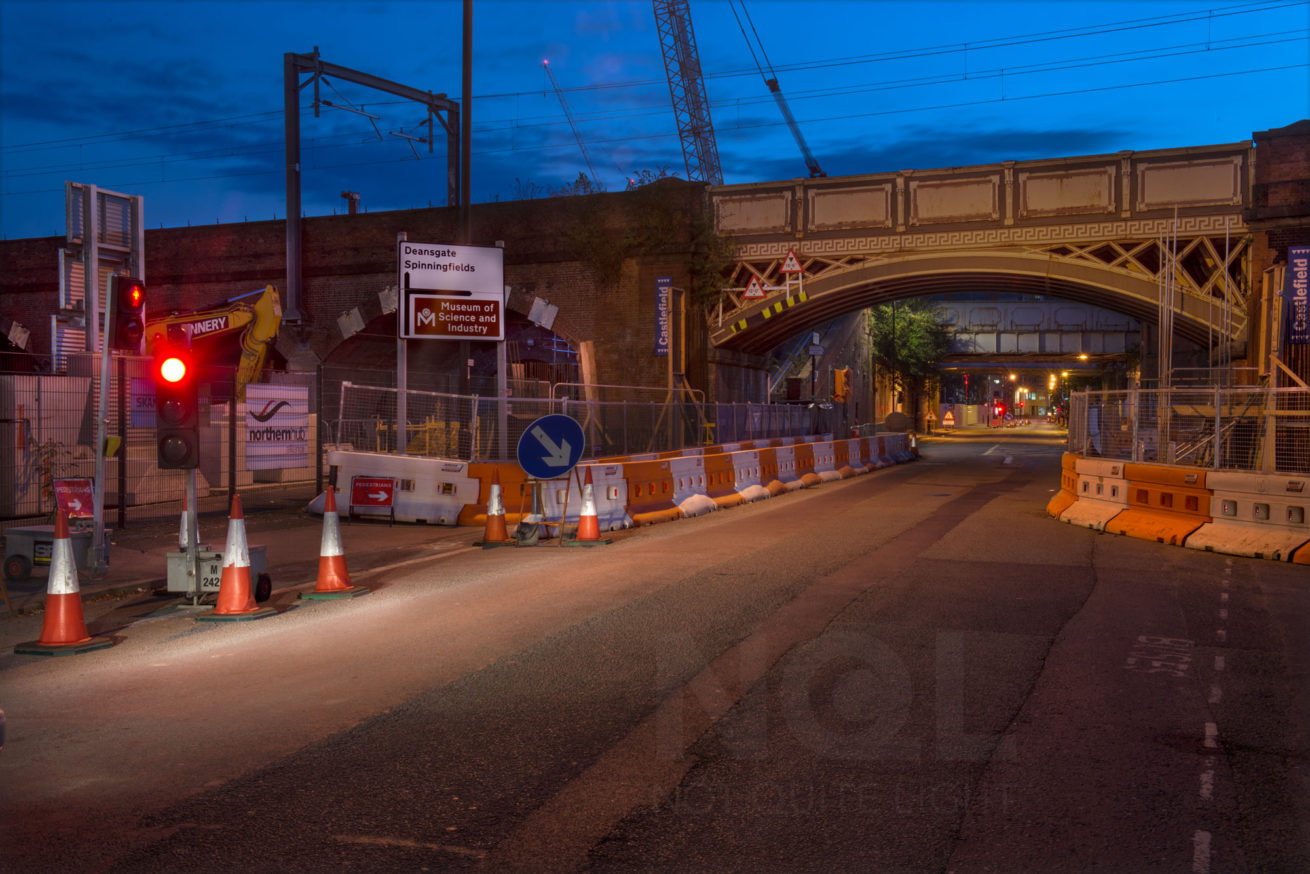 It would seem that we can no longer expect the summer to remain in its expected place anymore. The warmth of remembered childhood days has now slipped beyond the start of the new school year, and September has become the month when we go to work in our shirt sleeves, as did I on this room temperature dawn.

When it is this balmy, and I’m out under a night sky, with the world lit and coloured by street lamps, traffic signals, the windows of insomniacs, shops and work cabins, I find that the effect is like being on a giant film set. Free from the chilling sticks of winter, beating me quickly back to the comfort of my car, I feel as if I’m simply surrounded by the fleeting results of a set designer’s dreamlike imagination. Our view of famous cities has often been formed from watching films that depict streets made only of canvas and wood, with little behind the struts and flats. I sometimes think, when seeing movies in which Manchester doubles as New York, that we’re happy to accept what we feel cities are, rather than see their actuality. 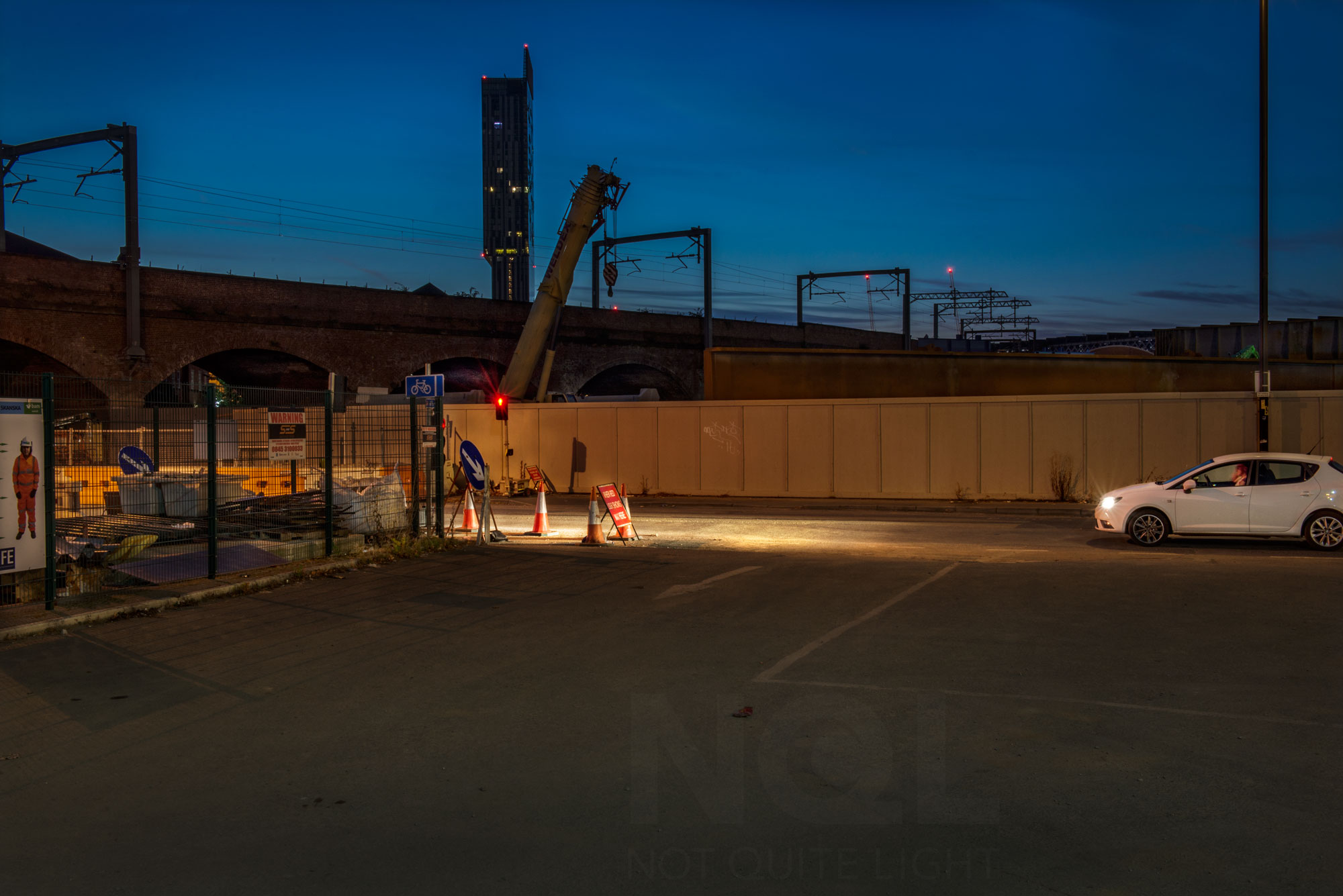 Maybe this is what had drawn me to the area behind the old Granada TV studios on this morning? Or perhaps I was simply hoping for a view with a big sky, as I guessed that sunrise would be like the ones featured in a thousand excited Instagram pictures. I’m never fully sure what takes me to the places I photograph on any given day.

I turned onto Water Street, just off Regent Road, and I was immediately struck by the railway arches straddling the detritus of building works. This area is undergoing intense change, and a battle to save the oldest platform and rail line in the world has largely been lost. Victorian Manchester is shrinking, like we’re watching an invaded state evaporating from world maps, with the solid, old brickwork now harried by cranes and plastic warning dividers. An early morning train came to a halt over the cluttered road below, and it reminded me of villages where people have had to climb onto the roofs to escape natural disasters.

The street was busier than I was expecting, with several people making their way home after a night out. And this was a Tuesday morning. I watched one man, dressed in fishnet tights, hotpants, wig and make-up go to a brick in the wall of one of the bridges and retrieve something, like he was a spy. He stuttered off into the distance on his heels, beneath a rich blue sky and buttery sunlight that offered hope for a golden day. By early evening a shrieking storm had arrived, causing floods and powercuts. You can never be sure what you’re going to end up with in this city. 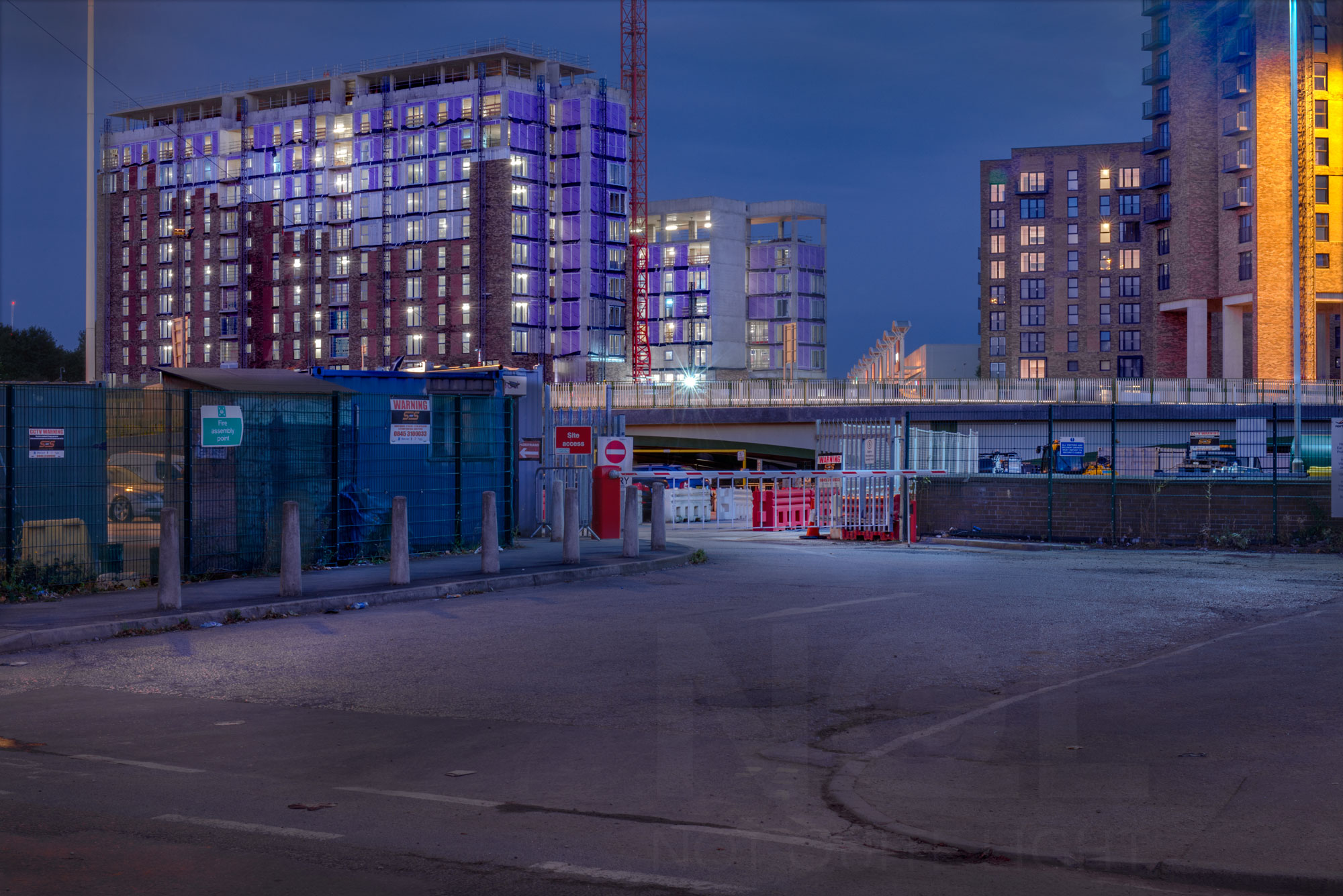