WHERE ONCE STOOD UNITED BUILDINGS, OLDHAM STREET, 7.17am 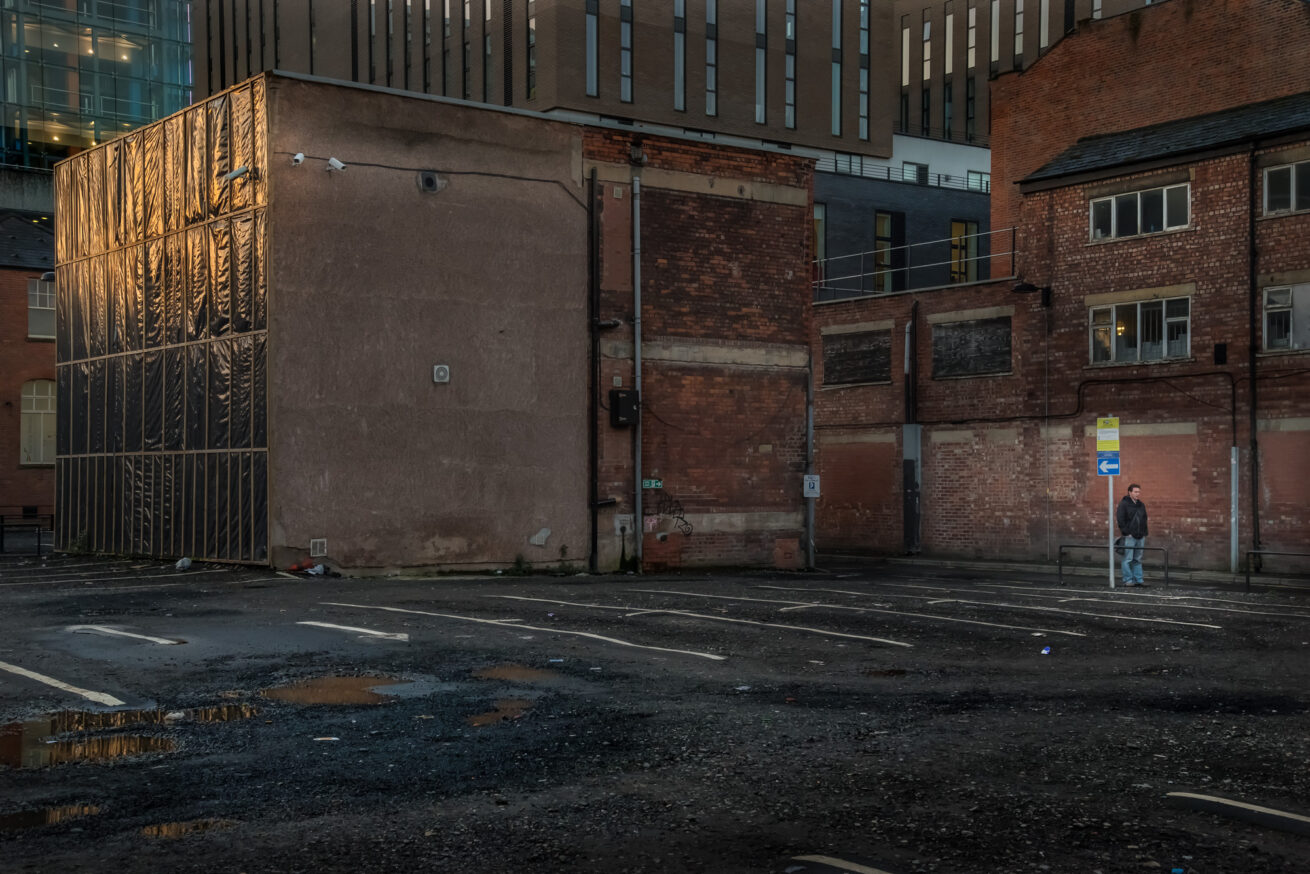 WHERE ONCE STOOD UNITED BUILDINGS, OLDHAM STREET, 7.17am

I know the streets of Manchester’s Northern Quarter well, as I used to own a shop on Tib Street and now live in there. When I step out of the door just before dawn, I tend to follow my instincts, with no clear plan as to where I might go. This morning was one of cloudless skies. Incisive cold air turned nose tips red, and sunlight cast a sheen the colour of Fool’s Gold on to bricked walls. Of the few passers-by, none looked upwards to witness the winter sun rise above the city.

I ended up on Oldham Street, looking across the pitted space where once stood United Buildings, formerly a magnificent Art Deco department store called Dobbin’s, famed for its daily tea dances, and frequented by stars of the 1930s such as George Formby, until its gradual demise was brought to a violent end in 2013 by one of those fires that seem to frequent our city.

And before you could say “This machine doesn’t accept 2p coins” it had become another car park. As it lies within the Stevenson Square conservation area there were objections. An organisation called Parkstarter had attempted to persuade the council to turn it into a green space but, 2 years on it’s still blank, puddled ground.

A man waited patiently for his female friend to turn up and, once they’d met and departed, leaving behind an empty view, I started for home. On the way back I saw the couple standing in a deserted side street, silent and clearly unhappy. Once I’d passed, I turned back to look to see if they were ok. But they’d already gone.

COPYRIGHT BELONGS TO SIMON BUCKLEY / NOT QUITE LIGHT – IMAGES NOT TO BE USED FOR COMMERCIAL GAIN OR BE PRINTED.