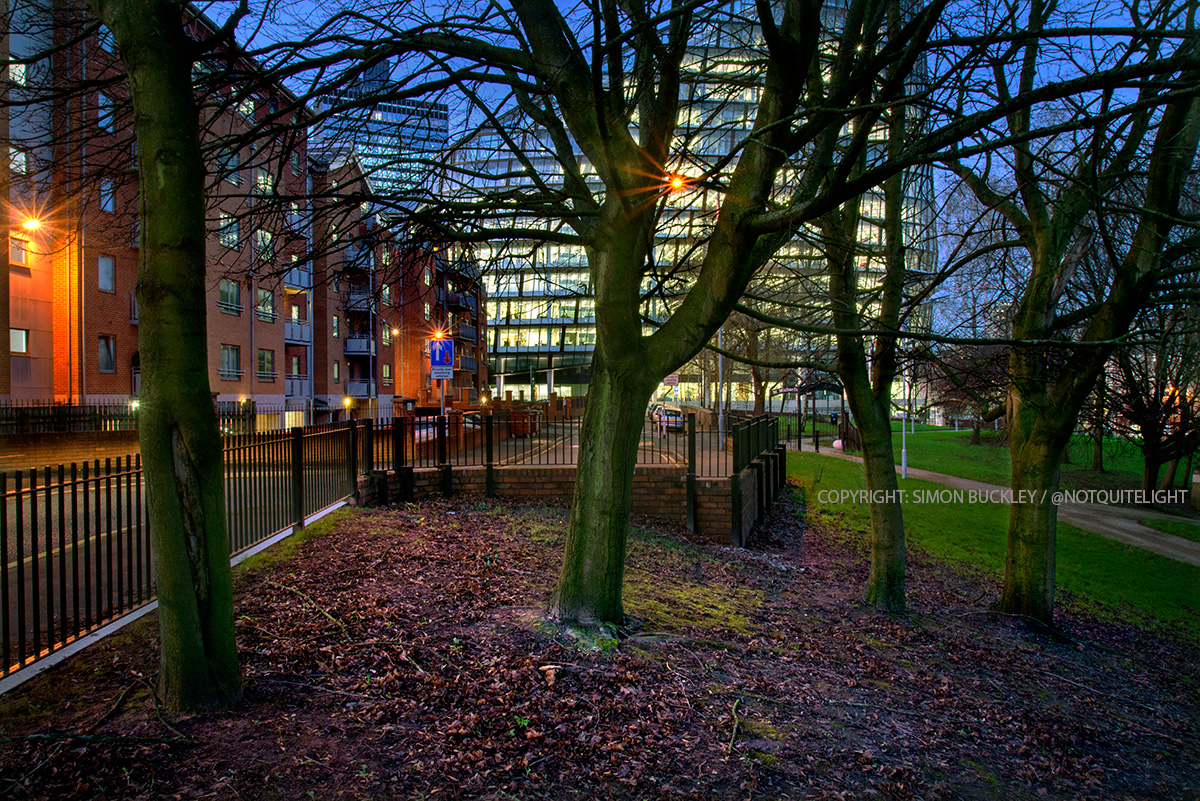 It wasn’t the Shortest Day after all. Never assume. I’d always thought that it fell on a fixed date, like Christmas, and didn’t think to check this basic fact. However, as I stood in Angel Meadow, I still believed that it was the Shortest Day. The unfinished moon lingering in the crisp, clear sky should have caused me to pause and wonder, but I’d decided that it was the Winter Solstice, and so therefore it was.

Angel Meadow fascinates me whenever I stand on its slopes. I’ve learned that up to forty thousand people are buried beneath the mud and grass, casualties of poverty and disease, and I always feel like I’m standing on an ancient long barrow, the banks steeped up to the existing world of new apartments and car parks.

Marx and Engels were inspired by what they saw here to produce their famed theories on economics and social conditions and, although Manchester loves to boast that it is the city where such great minds could flourish, it’s an odd claim to be proud of, given that the foundation for Das Kapital was the untold misery of expendable humans.

And so I stood and gazed at the white moon and the shadowed park, imagining what life must have been like for my Mancunian ancestors. I became very still in those moments, and people passing just a few feet away were oblivious to my presence. All the light came from the buildings beyond the separating fence, as there seemed to be no street lamps lining the paths below.

I hoped that if spirits were to be raised by the power of a distant planet, they’d take solace from the lives that now skirted their resting place.The first thing that they’d likely notice would be the new, always glowing CIS building. Often when we mark the lives of the mass dead we chunter platitudes about never repeating our mistakes, indicating, for that to happen, that we’ve acknowledged our wrongdoing. Would these Irk Town dead gaze from their hellish graves at the rampant ambition of the new Manchester, still home to the homeless and the fresh poor, and wonder if we’d learnt anything at all?

It was only when I was back in my car, and Tweeted that I’d been out on the Shortest Day, that I discovered my error. A kindly soul gently corrected me. But the dawn wasn’t wasted. I’d seen beauty, and heard birds sing as clear as a choir at mass. I’d considered those left behind and my future, our future. I’d made a mistake, and I was glad.