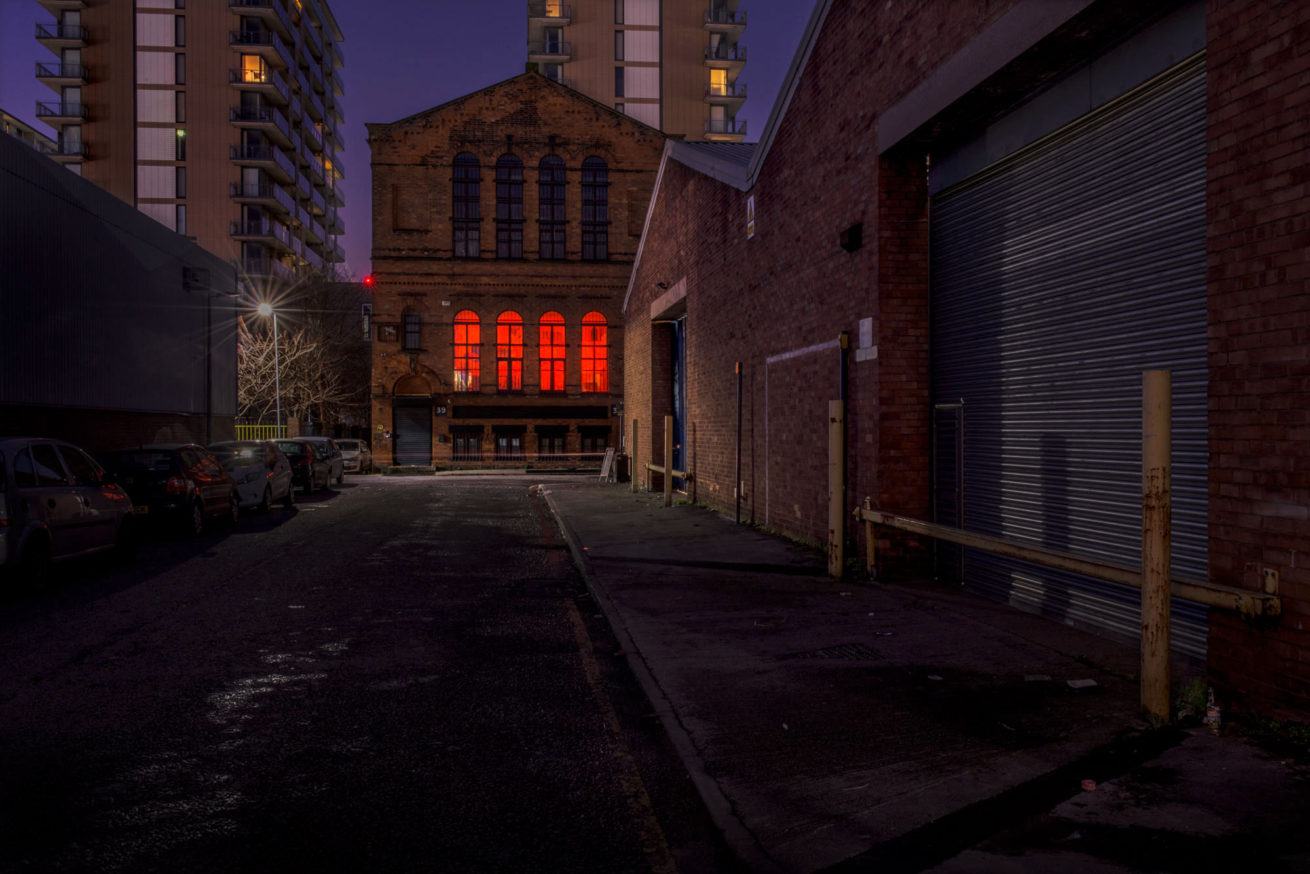 The windows of Blueprint Studios glowed red, like a 4 bar electric heater. Behind me, an upstairs room in The Eagle Inn beamed bright tungsten light towards Trinity Way, like a lighthouse for those stumbling in search of the past. Behind both brick buildings the new, taller version of ancient Greengate had emerged, not quite facing in the same direction.

I considered if the demolition of the Victorian architecture, and the emergence of the tower blocks, had made it harder or easier to find these two places. I remembered coming to Blueprint in its early years, to drop off an old Hammond organ that I’d somehow acquired. At the time it had felt like I needed bread crumbs to find my way in and out of all the little streets, and I loved the feeling of knowing the intricacies of my habitat, of sensing that I had only become aware of such destinations by being prepared to twist and turn through unfamiliar territory over many years. Doesn’t every great city need its rabbit holes, allowing us to remain lost in the familiar? 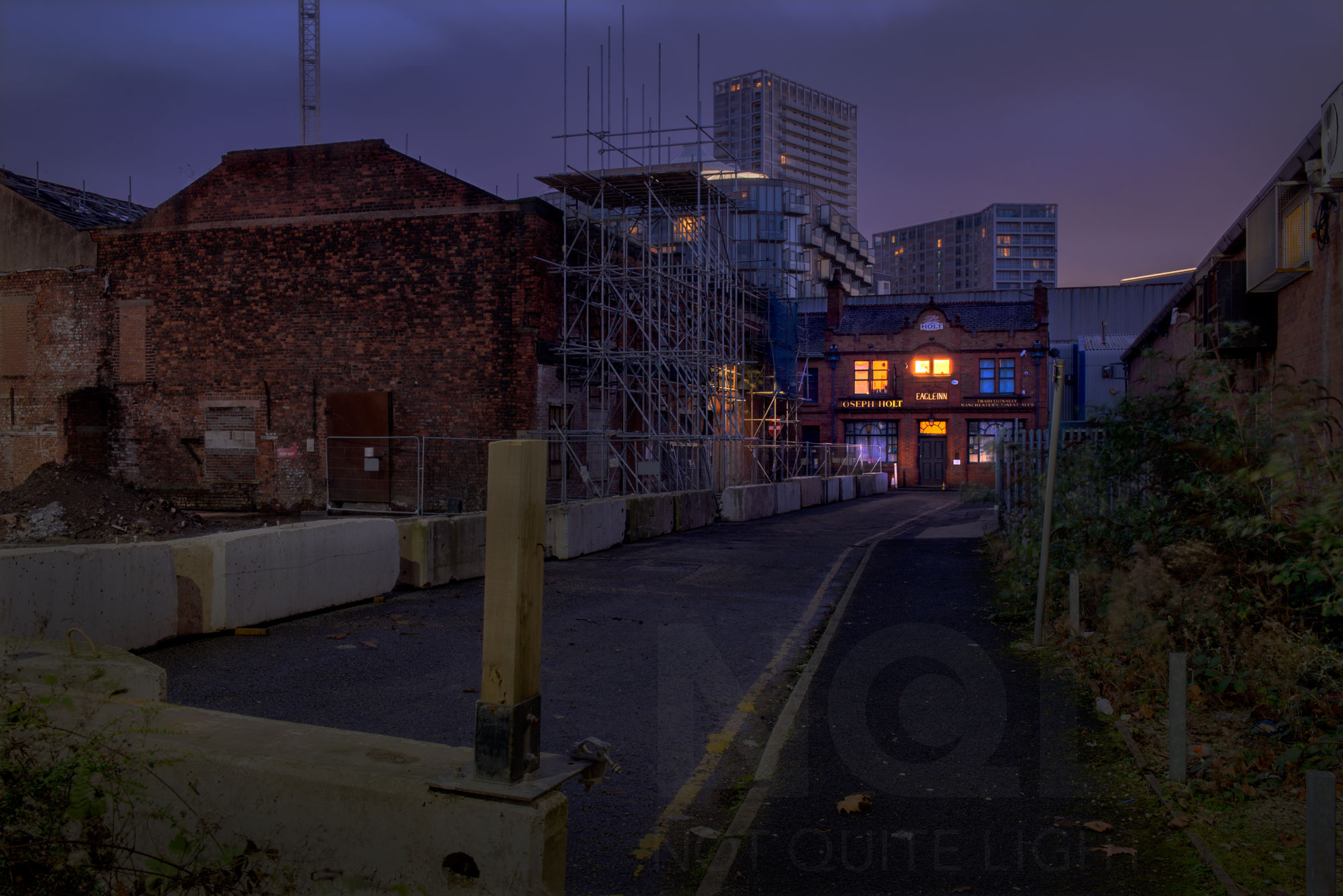 I sat in my car to wait for sunrise and gazed at the copious cranes across the city, their tiny red warning signals causing the skyline to look as if it has been draped in fairylights. It’s becoming harder to imagine previous lives in our cities, and our ghosts could soon have nowhere to exist. Instagram pictures of Manchester and Salford will perhaps become condensed into a small number of cliched views that present the cities as we like to imagine them, in their industrial pomp, proudly red bricked and ornate.

There was no music emanating from the two famous venues as I prepared to photograph in the chill dawn. In the flats behind Blueprint, bedroom lights began to come on, and maybe radios too, playing the songs of Elbow, composed and recorded in the building below. I noticed goalposts painted onto the wall of the small industrial unit to my right and, soon after, a man in overalls came to unlock the shutters. A truck began nudging me further away as it reversed into the loading bay and I retreated into Rolla Street, now sealed in by huge concrete blocks as if in preparation for imminent attack. Whoever was awake at The Eagle turned off the lights, and it was time for me to leave.