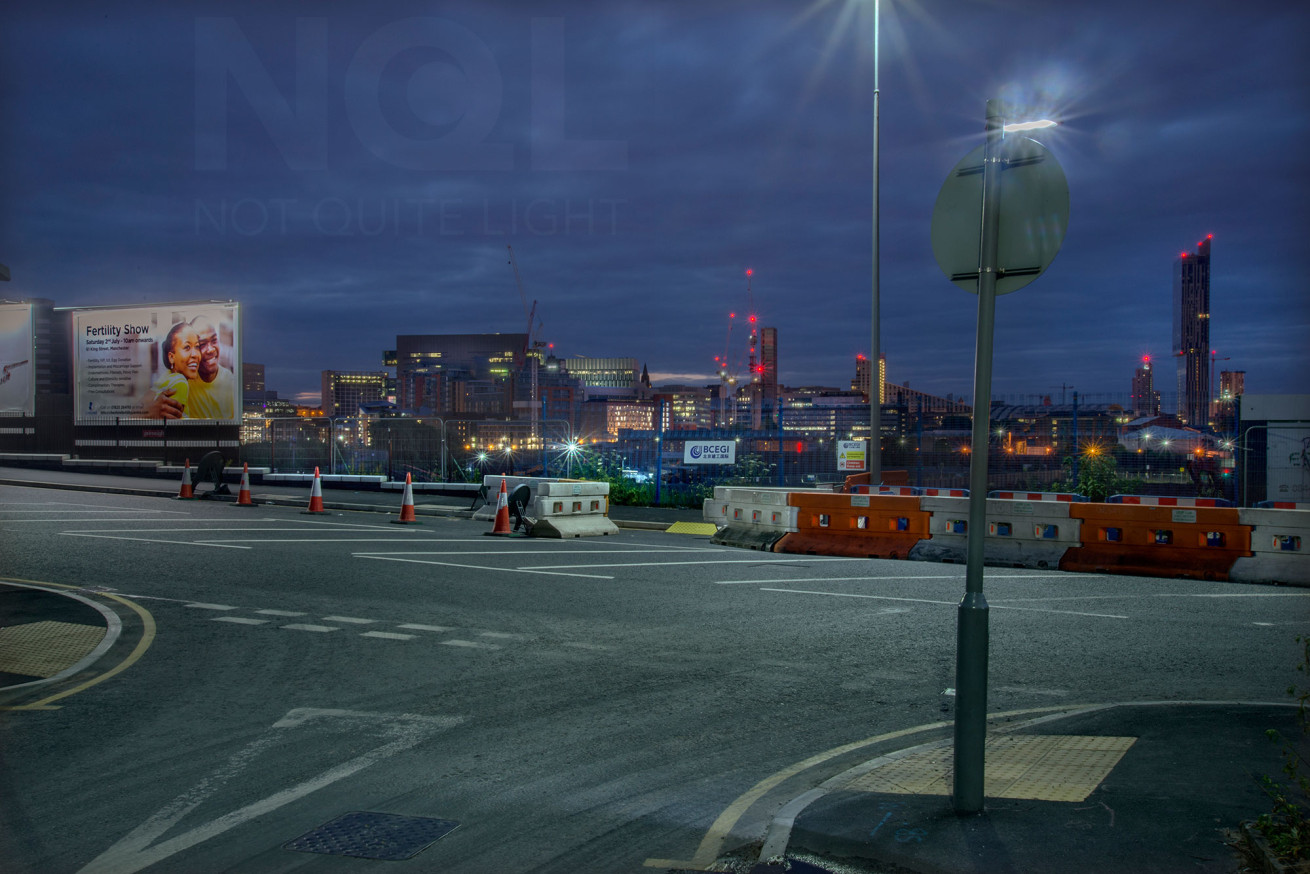 The turning point of the year, the Longest Day, had not long ended when I arrived. The much heralded Strawberry Moon was losing its fight with overpowering clouds that, for now, reflected prismatic city lights and lunar brilliance but which, at daybreak, would be revealed as grey and unloved.

I settled next to a cement works that hummed and clanked, but revealed no human form, despite there being several illuminated huts. Away in the distance, red stars twinkled atop cranes set to continue the upward mobility of the city centre.

Towards the end of Cow Lane, I could see a man walk towards me, swinging a torch and carrying a long metal rod. Every 50 yards or so he’d pause, shove the pole into a grid, put his ear to its top, and listen carefully, like a soldier on night patrol trying to detect enemy activity. “There’s a leak somewhere” he said to me when he arrived at where I was standing. As he spoke an alien, creeping sound caused us both to look round and notice an automatic sprinkler make its way along a hump of cement. “That’s not the leak” he felt impelled to say. 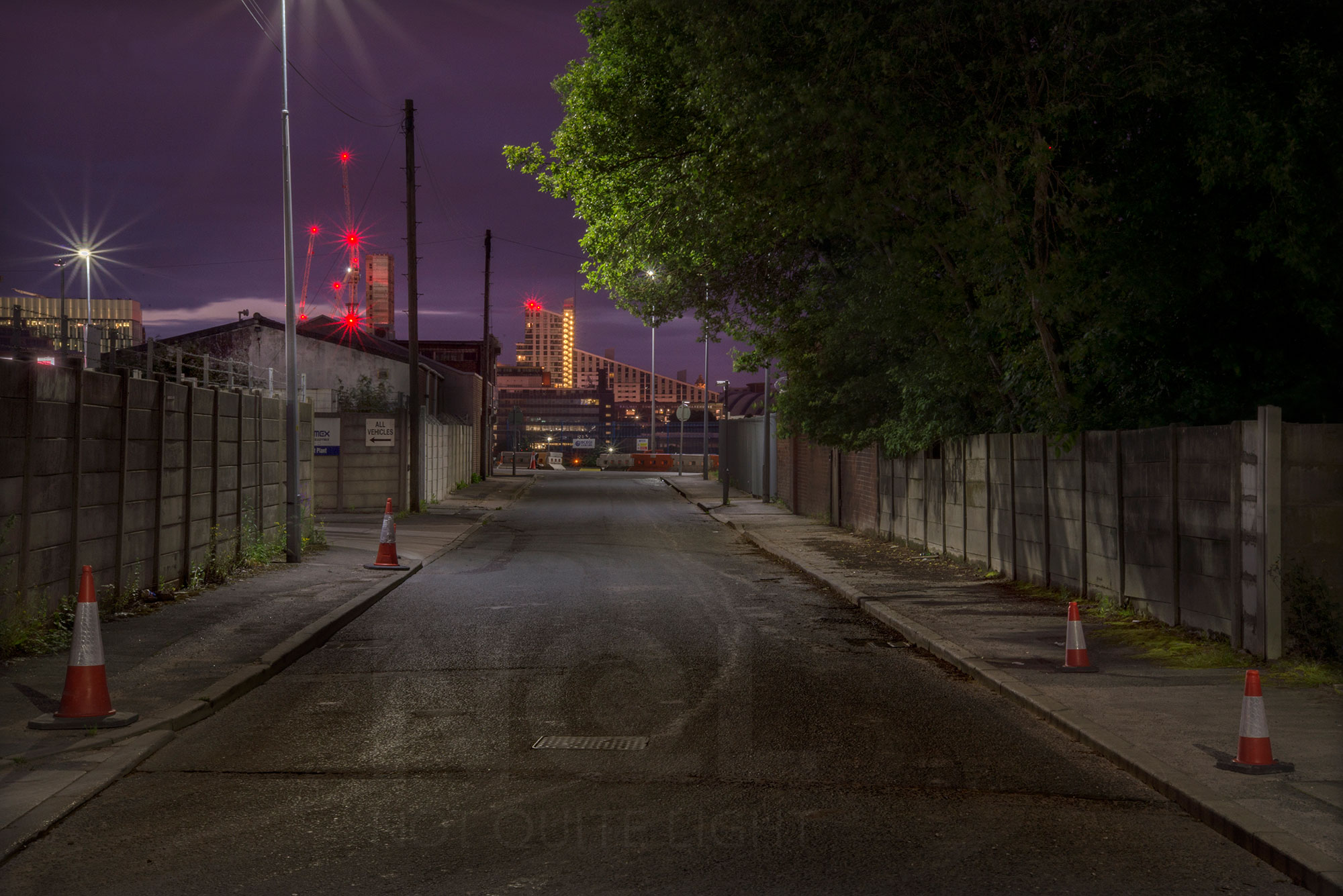 An empty car was parked, alone and away from any place that would seem to contain its owner. I tipped my head upwards. I’d hoped for a fiery red sky behind the new office blocks, growing separately from the once modern buildings of this small industrial estate, shuttered and littered with traffic cones, and so I was disappointed by the muffled moon. A solitary bird sang out to signal that the night would soon end, and a cool dawn crept slowly into fleeting existence.

I wandered down to Oldfield Road and looked across a vast wasteland, soon to become a building site. Chinese characters were displayed on boards hung from the security fences. To my left was a billboard advertising a fertility clinic and to my right the risen Beetham Tower. I considered for how long would I be able to view this particular skyline and, as I looked eastwards, the man from United Utilities drove away towards Manchester. I wondered if he’d found the source of the problem.