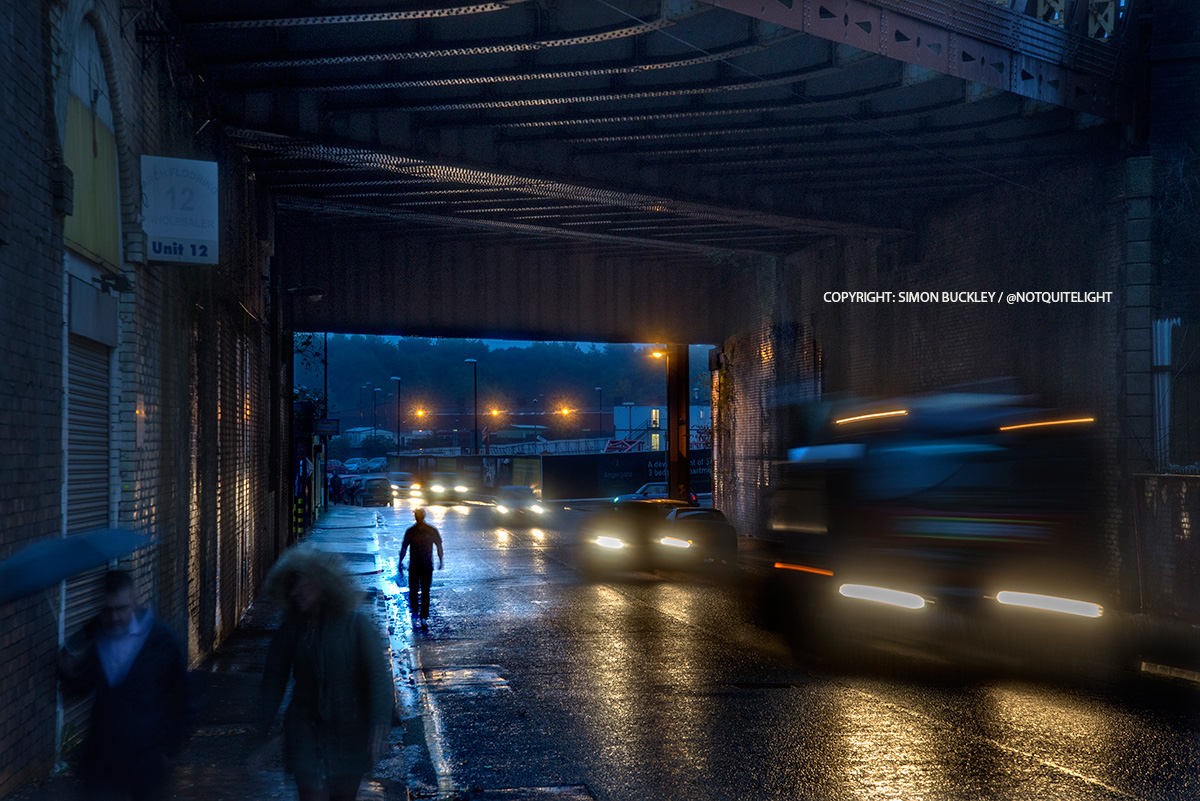 It’s funny what things you notice in adverts, that lodge in your brain and then are played back to you in coincidental, real life moments. I’d seen that the Milk Tray Man was being resurrected, which is an odd idea when you think about it. A stranger, a loner, breaks into the house of a single woman, and leaves some cheap chocolates for her, signifying that she’s not only being watched, but that her home is also insecure. And I bet he wouldn’t put the bins out if he ever did move in with his anointed lover.

This had stuck in my head whilst I was photographing in the heart of old industrial Manchester, a place with 40,000 dead buried under Angel Meadow that’s often referred to in misplaced romantic terms. And then, right before me, passing under the bridge, was a dark, silhouetted figure, just like the Cadbury hero. But rather than the Bond like figure the advertisers portray, this man had the demeanour of a lad on a stag do dressed as the Milk Tray Man.

The bricked railway arches to my left were wet and black pudding blue in the cold. Other darkened figures, like charred sparklers, made their ghostly way past me towards the city centre. Car headlamps picked them out as surely as watchtower searchlights as they shifted past the old Charter Street Ragged School. As the dawn melds with rush hour, there’s no longer the silence of night in which our Confectionary daredevil seeks his inamorata. The drone of engines now fills the half-lit air.