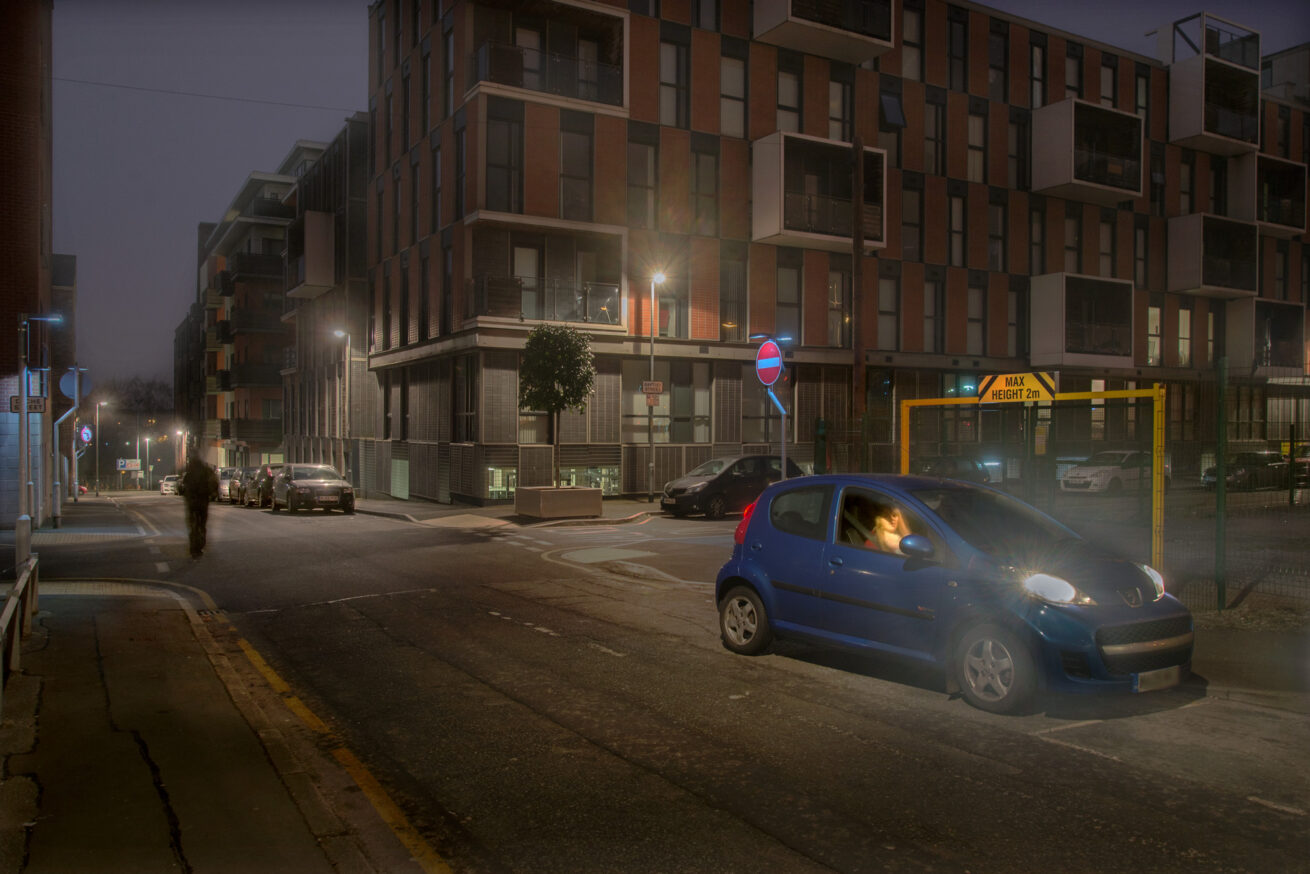 I work in a simple fashion, and so it’s easy to set up once I notice something.. Just a digital camera, one short zoom and a tripod. I shoot more with a Colt 45, face to face, than as a sniper with all his telescopic sites.

The morning was cold, not much love in the sky. I could tell nothing more was promised than solid grey. A car had pulled up opposite a waiting taxi, and was blocking the road. The driver looked nervous and unsure as to what to do. The taxi left and she remained waiting. The modern flats somehow reminded me of an eggbox turned on its side. I found out later that Ludgate Street is approximately 17.39 miles from the sea. I’ve no idea why someone would need to know that. I doubt that the woman in the car was going to Blackpool for the day.

New residents are packed into these new build apartments, which seem cramped. At the bottom of Ludgate Street lies Angel Meadow, where once slums stood and Marx and Engels went to work in their forensic examination of the poor, eventually arriving at what has been termed “Scientific Socialism.” Beneath what is now a park, where current residents walk their dogs, lie the remains of their Manchester ancestors, in their thousands.

The copyright of this image belongs to Simon Buckley / Not Quite Light.

Any use, for not commercial gain,  must be acknowledged and no prints may be made.