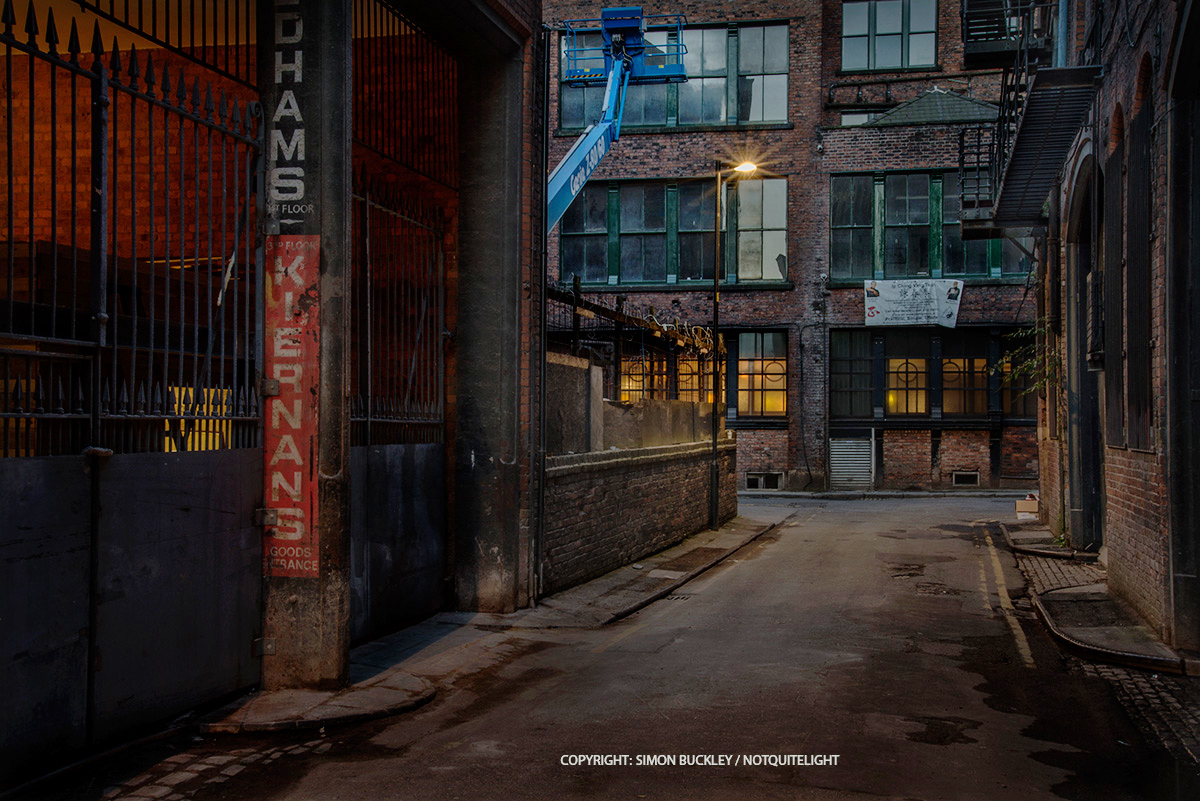 Back Piccadilly forms the city centre boundary to this current project. It’s a curious street, like a redundant spine, that more or less runs the length of the Northern Quarter. Around its liason with Oldham Street people perform a peculiar dance as they avoid bumping into one another on the narrow pavement, and vans and lorries block it whilst grumpy men unload goods into the bars, supermarkets and shops that face out onto Piccadilly.

Away from this area though, the lane quickly quietens and has the feel of somewhere that hasn’t been touched in a hundred years. Iron fire escapes rise above and, through windows that tempt you to climb higher, Victorian wall tiles can be seen, and the branches of indifferent trees emerge from lonely walls.

I felt watched from the roof tops and sensed that I was expected to disappear under the cloth of a cumbersome plate camera, rather than prepare my digital equipment for use. I touched the walls of an old warehouse and the bricks were cold and damp. A single street lamp at the bottom of Mangle Street, too much in shadow to be affected by the new day, remained lit long after those on the surrounding streets had been extinguished. I framed my picture to include the incongruous blue arm of a cherry picker, parked and ready to work.