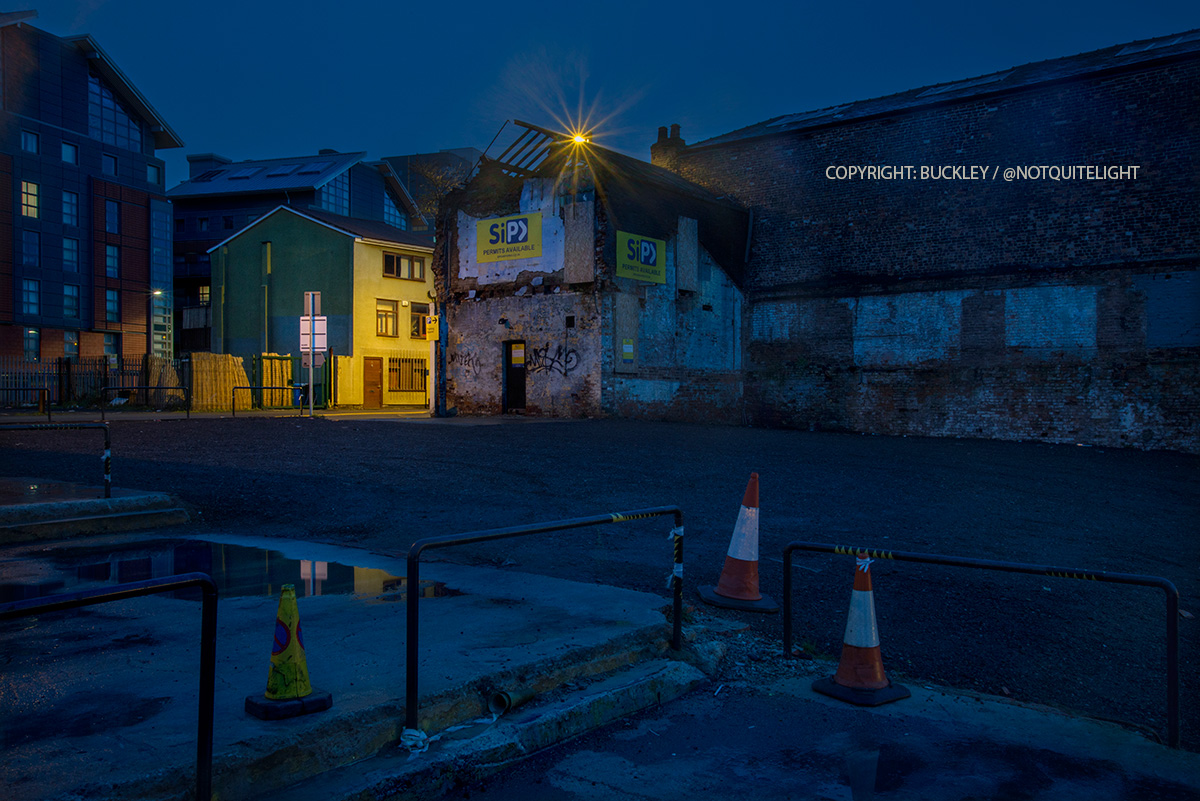 I was helping a friend’s young boy build a Lego spacecraft the other day. It was too fiddly for him, and so I ended up spending an hour constructing a vision of the future whilst he went off and drew a house with crayons. I told his mum that when I was young we’d have a bag of bricks and make what we felt like. There was no need for instructions or showy add-ons that were too fragile to be played with. And then I felt old. Maybe I was harking back to the golden age that only actually exists, latent, in our maturing minds.

I wondered how many architects currently loose in our city had grown up playing with traditional Lego bricks, and whether this explained the designs that we now see every day. It certainly might answer the ease and speed with with they’re built and demolished, unlike the Victorian constructs that have survived.

This came to mind as I was standing in the vast car park along Port Street in the Northern Quarter. Turning around, like a figure on an old fashioned music box, allowed me a 360 degrees view of Manchester architecture. There was magnificence and there was idiocy. I looked to my left and saw an old house with a new skin, glowing an odd colour in the half light. The clean cut lines around it, and the shambolic remains of the ruin opposite, caused me to feel as if I was in the frame of a graphic novel, and that speech bubbles explaining what the hell was going on would emerge from the passing faces.

I prepared to take my picture. An old woman appeared carrying two heavy plastic bags. She was slouched, as if already defeated by the day, and slowly passed through my composition. As she neared the rear edge of the decrepit warehouse, she turned towards me, looking shocked. Maybe she’d hoped no-one had witnessed her trudge away from the light.