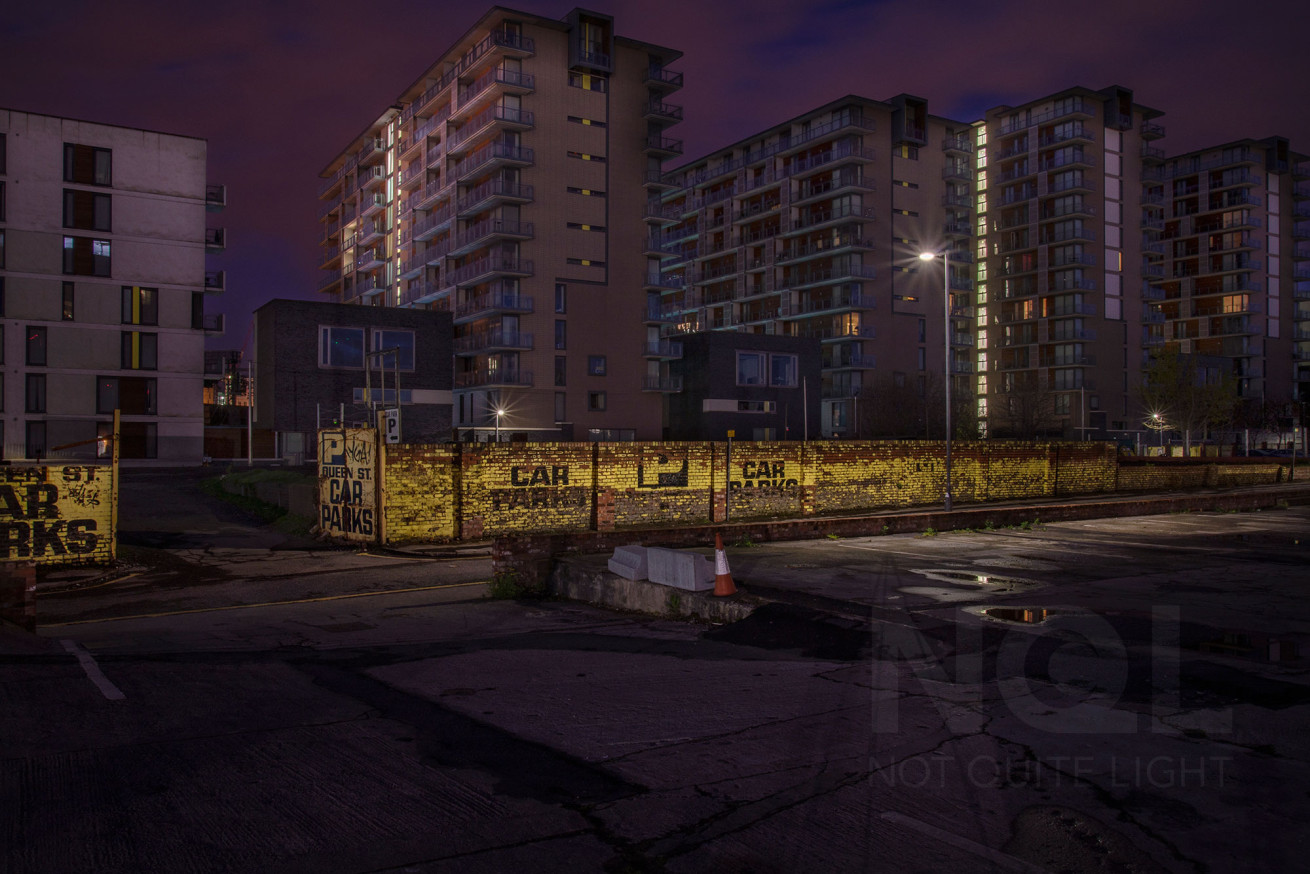 This dawn was, I imagine, how most people think of daybreak. The sky was a swirled mess of blues and greys, with the clouds pink and fluffy like the pom-poms on a show poodle. Birds sweetly sang in trees beyond my eyes and geese on the nearby Irwell barked distant warnings. The streets were almost free of traffic, whilst in the apartments behind me, some lights still glowed, although no moving silhouette gave away any life within the building.

Despite the grandiose dawn unfolding around me, I felt hemmed in by buildings that grew monumentally upwards, redefining the old watchtowers such as Manchester Cathedral and the CIS tower. There was little colour beyond that which nature provided, except for the old brick wall of the Queen Street car park, which glowed under the street lamps like a frayed satin ribbon against the monotone new developments ranked densely behind. 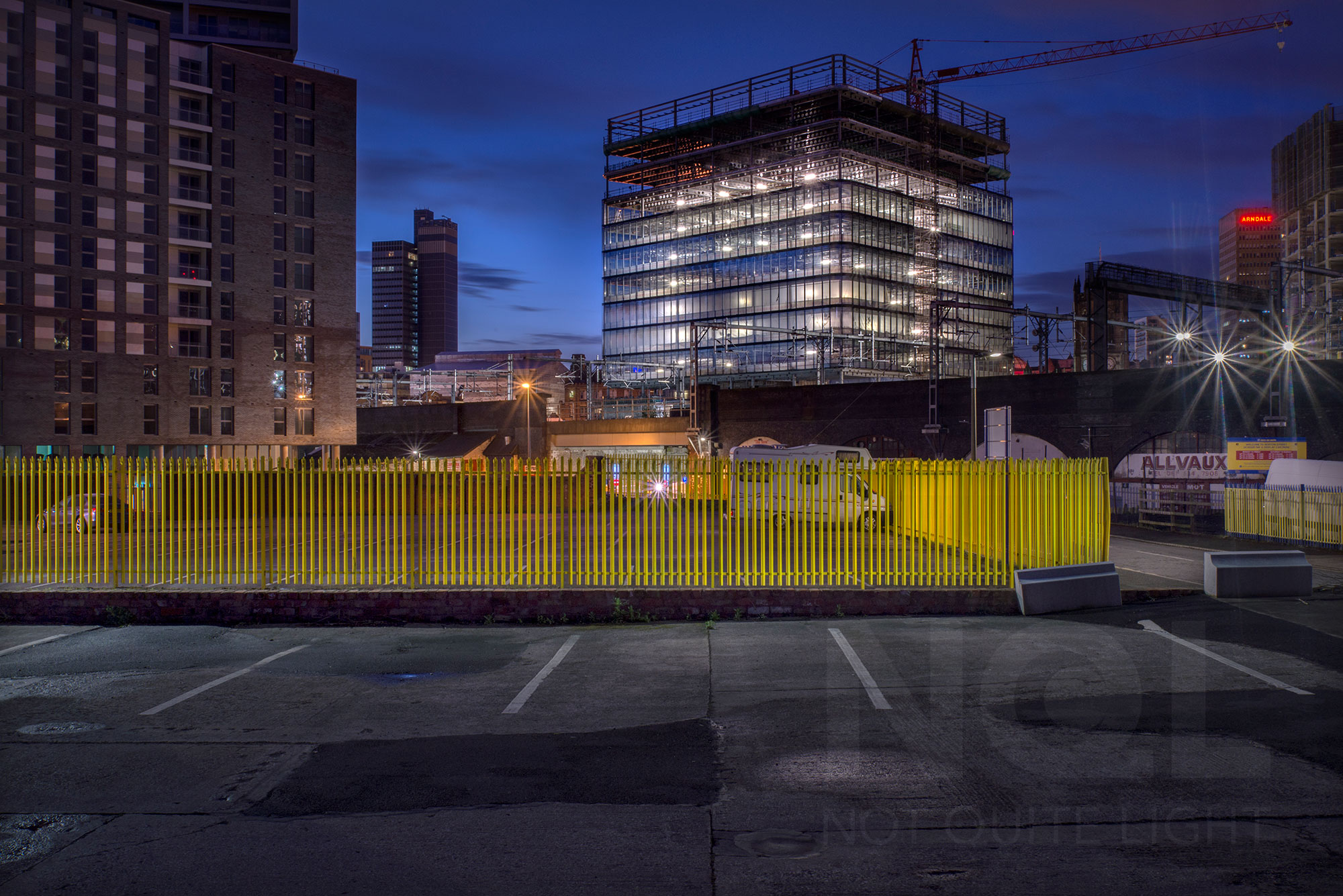 I felt oddly anxious standing in the car park. I was surrounded by people, like I was on a football pitch beneath stacked stands, and yet it seemed that no-one would be aware of me in that open space, and I felt vulnerable to advancing footsteps or silent bikes ready to take away my camera. There was no rational reason to feel unsafe here, anymore than anywhere else I’d photographed. And yet I did. The huge constructions rising around me looked alien, unreachable, detached from earth. Some of them seemed as close together as the dwellings of Lisbon barrios, where a person could more easily look into the front room of their neighbour than see distant sky and hills.

The only person I actually saw was a man watching me from one of the top floors of the Abito building. He leant against the door frame, staring, slowly smoking his cigarette. When he’d finished he flicked the butt into the air, and it spiralled down to the car park below like the trail from a spent flare.