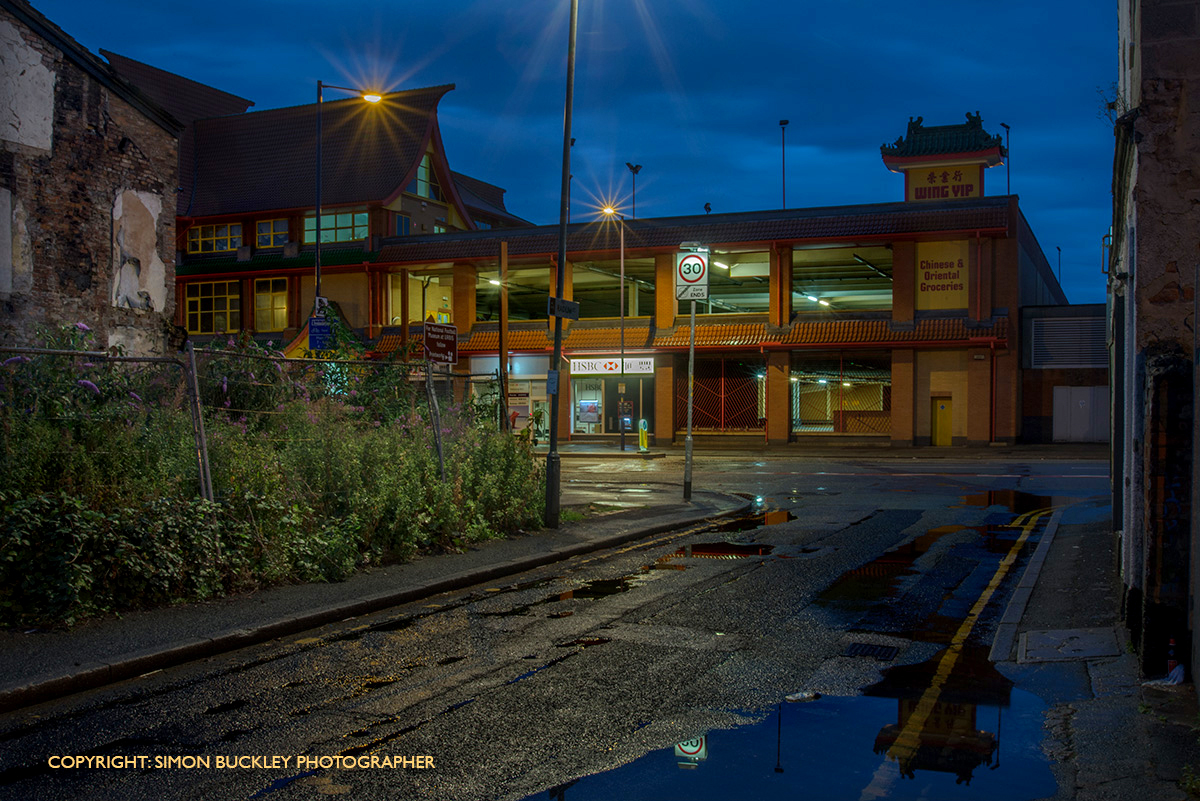 My alarm went off at 4am, and a couple of early birds were already chirruping as I turned on the light, causing me to hurry onto the street around 20 minutes later. In the the sky above me, though, there was not even a hint of daylight. For some reason, they’d begun their songs of hope a full hour before the dawn actually arrived, and I felt deceived.

I pulled up my hood against the thumping rain and walked past a stationary car, its fan still frantically fighting the heat of the engine. Inside, a man lay cramped up in the driver’s seat, fast asleep. In the vehicle behind, an unshaven face was lit by the soft, blue glow of a phone screen. I guessed that they were waiting to start work.

I set up in Radium Street opposite the Wing Yip supermarket, and watched a young woman use an HSBC cashpoint. After a minute or so she turned on her heel and threw down a ball of paper, probably a statement, and tapped grumpily on her mobile. It reminded me of the news report that that I’d seen the night before, discussing China’s stock market slide.

I began a Periscope broadcast. Most of the viewers were from the USA, and they wanted to know what I was doing. I told them about Manchester and Ancoats, and how it was once the heart of the industrial revolution, when myriad workers would spend their lives in vast cotton mills. I also explained about the connection with their Civil War, when the city took a stand against the slavery of the southern states and drove itself into real hardship.

Finally, as the rain eased, I showed them the puddled, empty streets, and talked of the area’s decline as manufacturing left the United Kingdom to search for even cheaper labour. The camera settled on some wild meadow flowers that had now overtaken a patch of derelict land. I mentioned to my American audience that the new day seemed to be very reluctant to arrive, and that I’d been waiting for nearly an hour. Someone from Florida then typed “The sun is never late”.