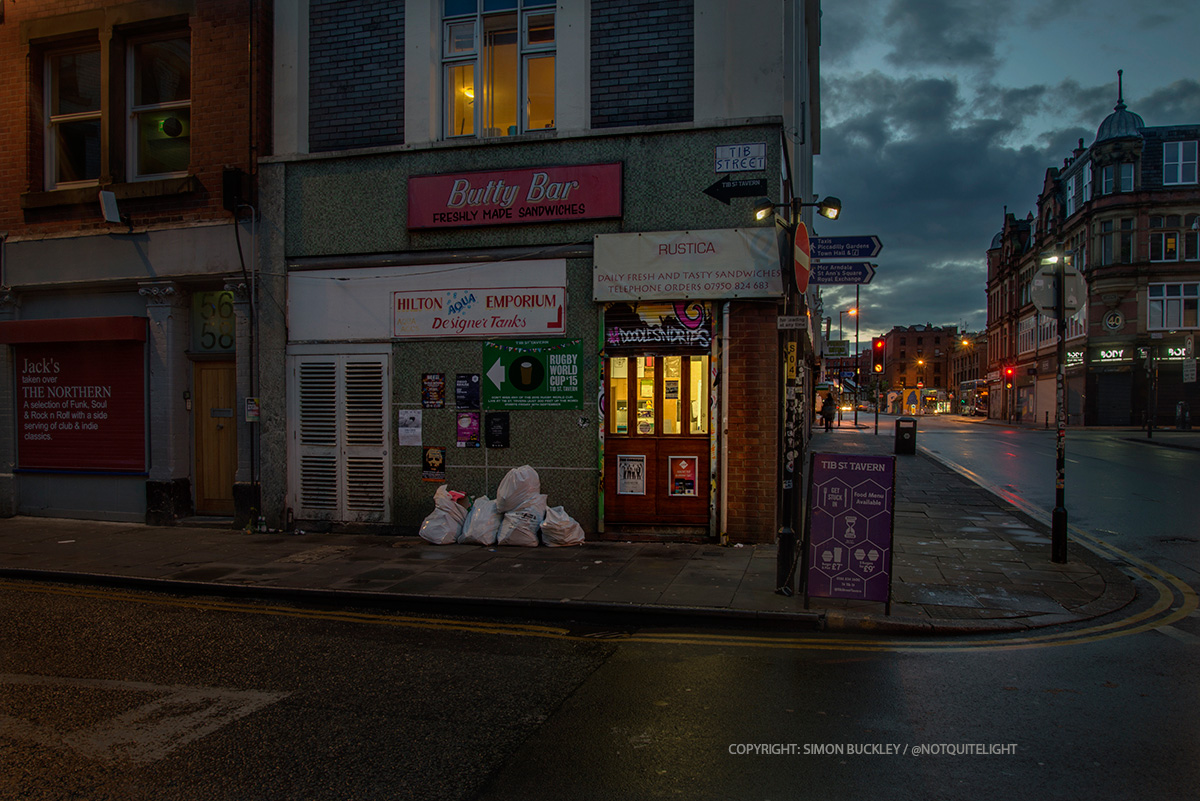 The day before had started chaotically, as my alarm didn’t go off, and a non-committal drizzle had doused the weekend warmth in streets that now seemed disjointed. An old fella in a tweed flat cap, walking slowly and unsteadily with a stick, had stood in the middle of the road and loudly denounced a driver going in the wrong direction up a one way street. There’d also been a small altercation with a young lad in a white van, who decided to double the amount of time he parked in front of a building just because he knew I wanted him to move.

Today, however, a balmy temperature returned a sense of summer to the rained on tarmac and the Autumn trees remained still, and made my way towards Tib Street, one of the oldest in the Northern Quarter.  I set down my camera opposite Rustica, a daytime take-away that opened long before most of the bars and restaurants now filling aspirational bellies, and waited for them to open up.

The pensioner from yesterday came by again, but this time he stopped to tell me that his name was Harry, he was 87 and he’d lived in the area for nearly forty years. He smiled as I listened to him explain that he was due to move out in a week to a bungalow a mile or so up the road.

“Anyway, what are you doing?” he asked.

“I’m photographing the changes around the area” I replied, and he looked at me as if I’d told him I was actually a goat.

“Why, are they knocking things down?”

As he spoke the shutters on the cafe went up, a few minutes late, and the first customer wandered in. It all felt so sedate again, almost as if dawn had been put back half an hour.

This error message is only visible to WordPress admins