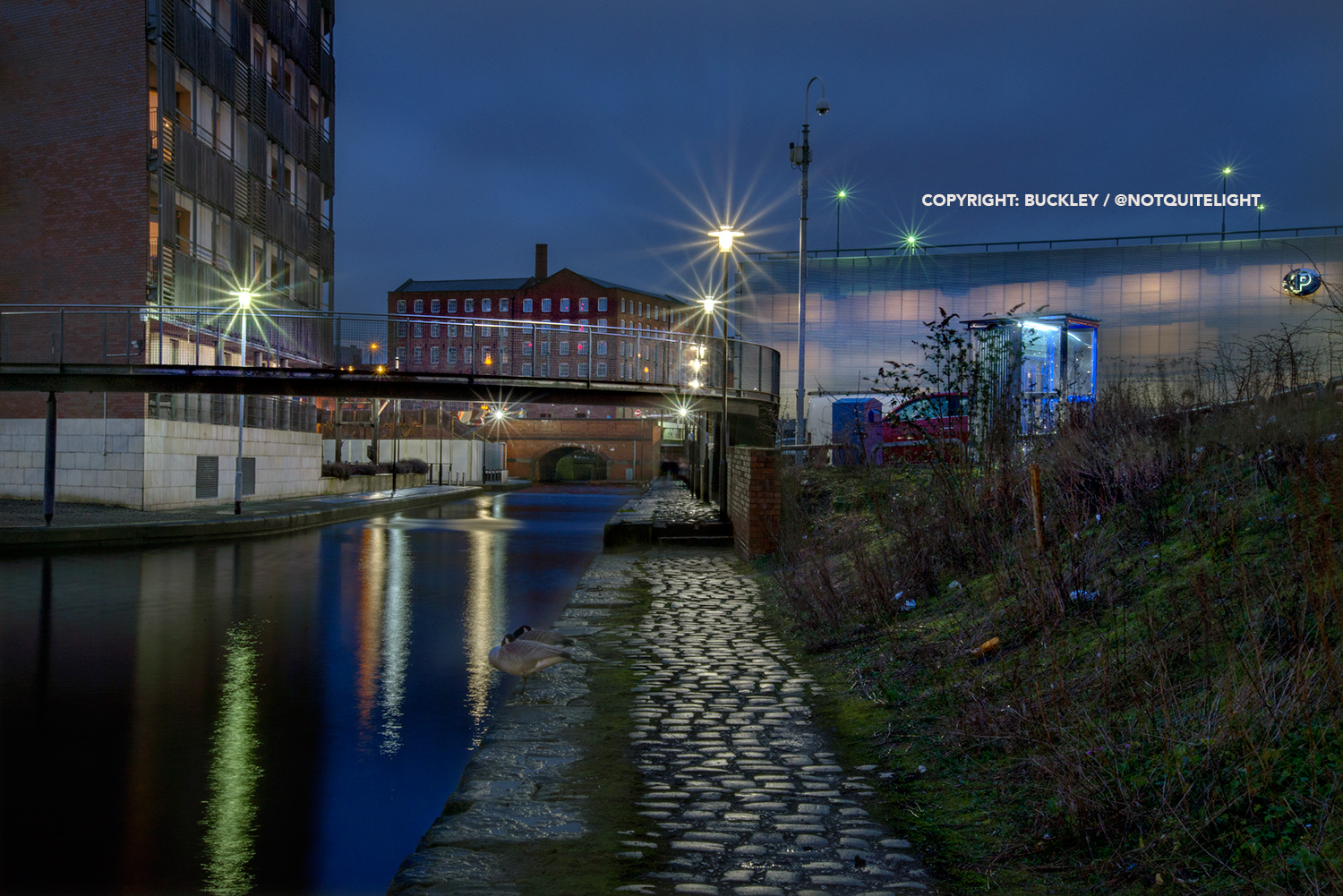 This was a morning when nothing much happened. The rain fell in great globules before declaring its ceasefire on the streets for rush hour. The need to keep the camera dry had helped me find a cubby hole on Ducie Street, a hidden entrance to a new building above the old canal. Beneath the bridge there was an opened sleeping bag and some cans, evidence that someone had been sleeping on the towpath. They were gone now though.

I felt pleasantly invisible from where I was standing, the brickwork forming a proscenium around the city view, and I felt quite separate from the clip clop of hurried footsteps and woeful whine of sirens, which were as a live soundtrack to the image before me. 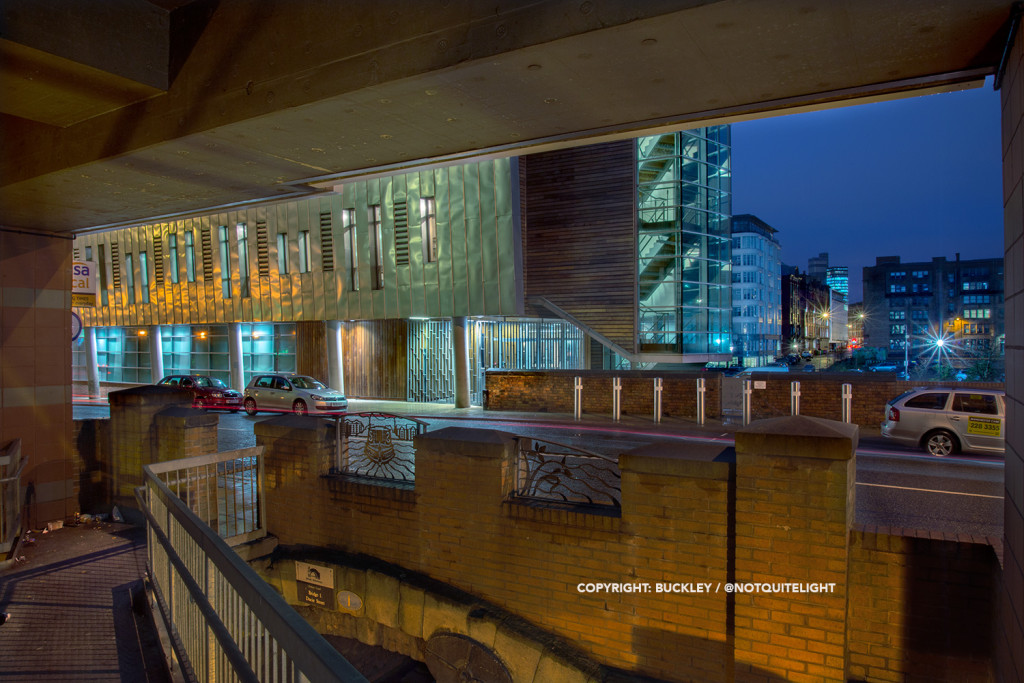 I then went down to the canalside. A week before, Manchester chattered incessantly about the documentary on The Pusher, a supposed serial killer who kills by thrusting unwitting people into the depths of our industrial water. A Canada goose hissed at me, but that was the only threat I felt. And anyway, a security guard in the building opposite watched over me for a while before returning to his flat-pack desk seat, where he swung his legs like a six year old.

I thought back to Andy, who I’d met the previous week, and his notion that the city had been sterilised. In the distance the old mill, which once would have housed a thousand worried workers, had been cleaned, neatened and straightened. The buildings all around me were alive with activity and light. The only mess was in the grass in front of me. Perhaps, Andy, sterilisation is the price we pay for our safety.